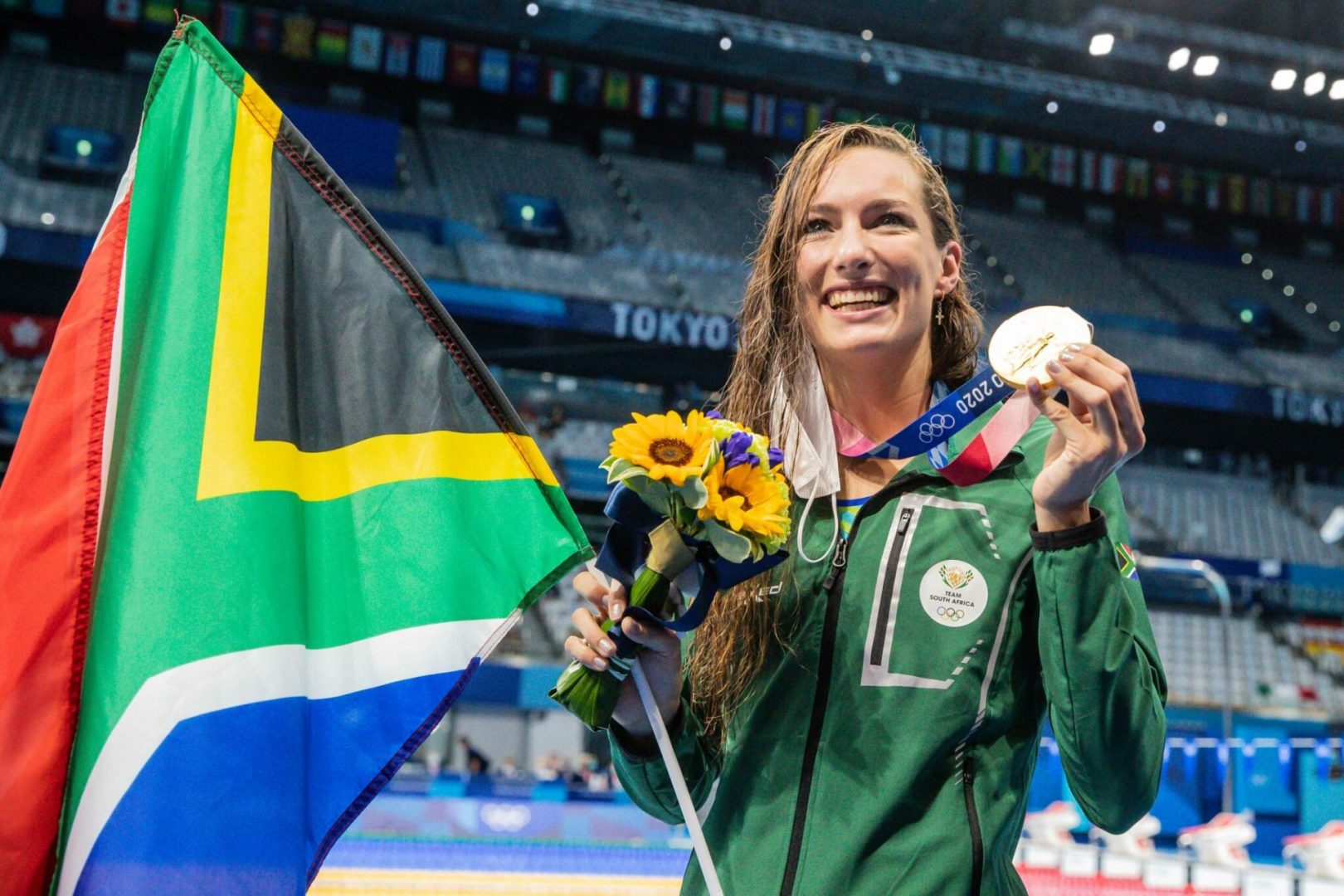 August is national Women’s Month and we’re celebrating some old and new sporting greats who have carved a name for themselves in the world of South African and international sport.

Swimming sensation Tatjana Schoenmaker, who hails from Pretoria, swam her way into the record books at the Tokyo Olympics, breaking Olympic and world records for breaststroke, and earned South Africa’s only gold medal by storming to a world record time in the 200m breaststroke on 30 July 2021. Her time of 2:18.95 left her nearly a second ahead of Americans Lilly King and Annie Lazor, who took the silver and bronze medals She was competing in her eighth race in five days and delivered a near-perfect performance under extreme pressure

Schoenmaker, who holds a BCom degree in financial science from the University of Pretoria, also won silver in the 100m breaststroke on 27 July, having set an Olympic record in the heats.

Schoenmaker quickly become the darling of the Olympic village because of her genuine delight and surprise at her performances. She was already close to tears after it hit her that she had won the 200m final, seconds after touching the wall, and her reaction when she realised it was a world record was priceless. She let out a spontaneous shriek of delight, which even gave rival Lazor a reason to smile, and she came over to hug the emotional South African. Schoenmaker had exceeded all her expectations: this being her first Olympics, she just wanted to make the final.

While most of South Africa was in lockdown, Schoenmaker and her training partners suffered in freezing air temperatures at the University of Pretoria’s outdoor pool through winter to be ready for Tokyo.

Under the guidance of renowned coach Rocco Meiring from the age of 14, Schoenmaker built her fitness and mental strength and honed her technique in tough conditions. Schoenmaker’s performance could motivate young female swimmers in the country not to give up on their swimming career straight after high school. 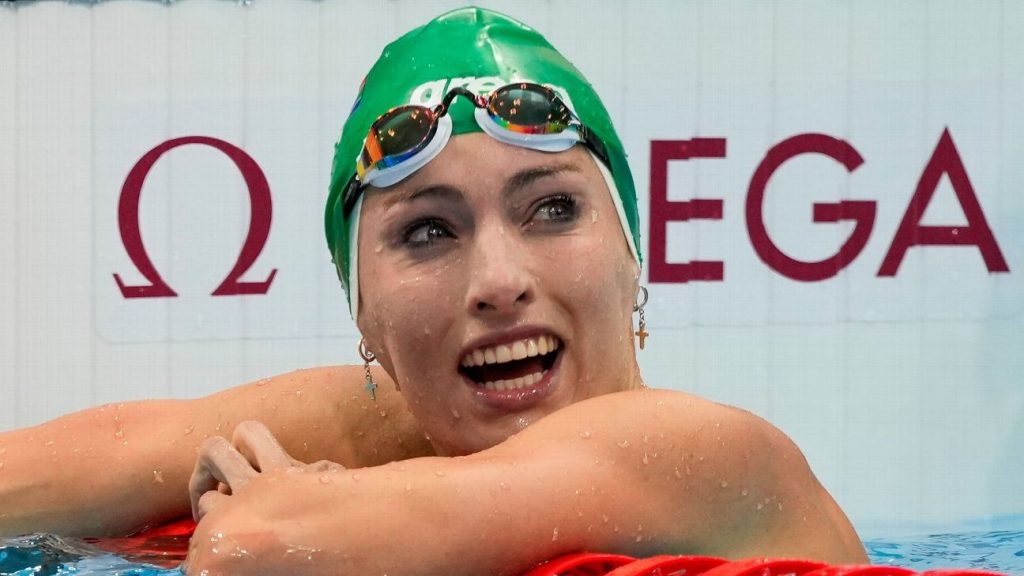 The surfer from the Garden Route ended her professional surfing career on a high, taking silver at the Tokyo Olympic Games and motivating young surfers from South Africa to aspire for more.

Not many South Africans outside the country’s passionate surfing community would have heard of Bianca Buitendag prior to the Olympics. But with each round of the inaugural surfing competition, the 27-year-old crept into the hearts and minds of those back home who were excitedly monitoring her progress on television in the early hours of the morning. Surfing was one of four new events introduced at the Olympics along with skateboarding, sport climbing and karate.

After eliminating several higher ranked surfers on the way to the final, she eventually succumbed in the final to four-time world champion Carissa Moore of the United States, the competition’s top seed. Bianca can claim much of the credit for cultivating a new army of surfing fans in South Africa and raising the profile of the sport.

Born in Johannesburg, she spent her formative years in Strand and then moved to Victoria Bay on the Garden Route at the age of 12. Her most treasured memories are waking up early to explore the surrounding coast with her father and brothers, who were also surfers.

A trip with her parents to Australia in 2007 saw Buitendag, then 14, take her first steps on what was to become a successful career on the world circuit. Keen to learn about their daughter’s surfing abilities, her parents organised an all-day session with internationally renowned surfing coach Martin Dunn at his training camp in Old Bar, New South Wales.

The assessment from Dunn, regarded as the godfather of surf coaching, was glowing enough for the family to invest in their daughter’s fledgling career. During her teenage years, she competed regularly around the world until, at 19, she qualified to join the Women’s Championship Tour. She reached her highest ranking of no. 4 in 2015. In the same year, her father died. She returned home for the funeral from France, where she had been living, but then it was back to the international contests, which were a welcome distraction and the pleasure gained from riding the waves slowly healed her pain.

Despite her ranking declining after that, she secured Olympic qualification with her performances at the 2019 International Surfing Association World Surfing Games in Miyazaki, Japan. Winning an Olympic silver for her country proved the perfect way for her to bow out. The Olympics was her last event as a professional.

On her return from the Olympics, Bianca will be focusing her energies on working with Life Community Services, a George-based Christian non-governmental organisation that works with vulnerable and orphaned children in the area. A primary school is under construction that is due to be completed by the end of 2022. 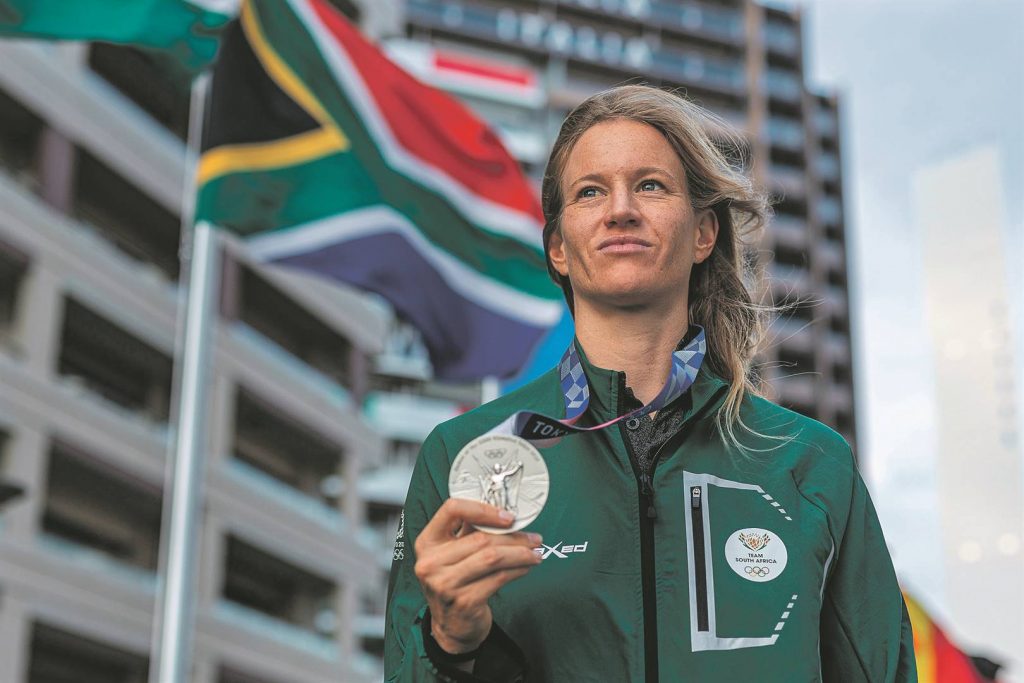 This middle-distance athlete has won two Olympic gold medals and three World Championships gold medals in the women’s 800 metres. She is a Sports Science graduate who now runs an athletics club and a foundation.

Semenya grew up in Limpopo Province, the fourth-youngest of five children, collecting firewood, fetching water running around the village barefoot before being given the opportunity to train as a professional athlete. Semenya is very committed to her family and maintains close links to her roots. There is nothing that makes her happier than to have her family around her. This simple upbringing influenced her decision to found Masai Athletics Club to coach aspiring young runners from the region. The club’s mission is to provide love, support and appreciation for young children and a sense of routine and stability in their lives. The idea is for the children to wake up smiling and looking forward to training.

Through the Caster Semenya Foundation, Semenya trains and assists young athletes, and supports campaigns to distribute menstrual cups to disadvantaged South African girls, supporting them to remain in school during their menstrual cycles.

She was also chosen to carry the country’s flag during the opening ceremony of the 2012 Summer Olympics in London. 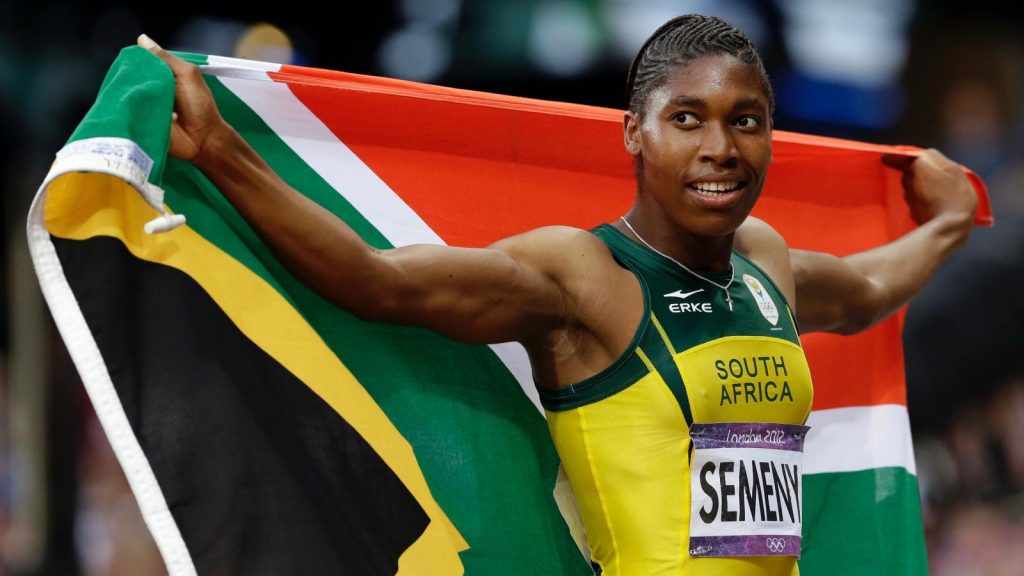 Msomi has a National Diploma in Sport Management through the Durban University of Technology. As well as still being an active player, she is also University of Johannesburg (UJ) netball club manager and coach. She has worked as an ambassador for the Girls Only Project, an initiative that deals with the empowerment of women and girls through sport. She is also the founder of the Bongi Msomi Netball Project, a non-profit company which focuses on raising the profile of netball through skills development, the transfer of knowledge and experiences gained, as well as the holistic development of players and coaches

In June 2021, American sports agency, Roc Nation Sports, announced Bongiwe Msomi as one of the South African sports stars to join their global network of mentees and ambassadors. Roc Nation Sports focuses on elevating athletes’ careers on a global scale both on and off the field

Bongiwe hails from Hammarsdale, a small town 50km away from Durban. She cemented herself as a netball player in 2009, when she captained the Under21 national side before joining the senior team in 2011. She has been the captain of the Proteas since 2016.