Some of the rarest wines in SA available for purchase 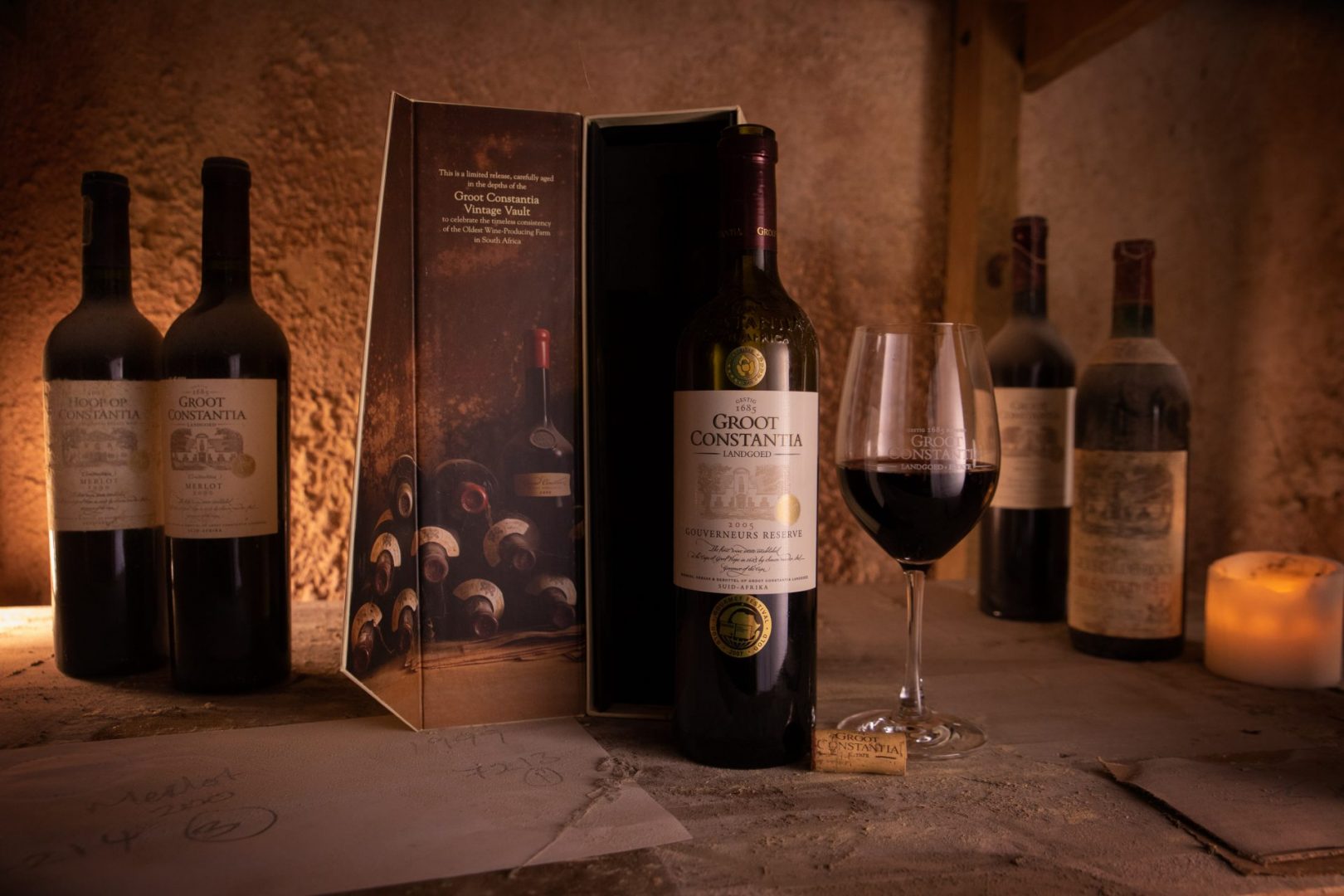 Groot Constantia, South Africa’s oldest wine producing Estate – with a history that stretches back 335 years – has announced that they are cracking open their Vintage Vault and making limited quantities of some of the rarest, and best, wines in the country available for purchase.

The Vintage Vault at Groot Constantia is housed in underground cement tanks which were originally built in the 1940’s and used to make wine.  They were subsequently converted into a storage cellar that offers perfect, consistent temperatures and humidity for storing and ageing wines. 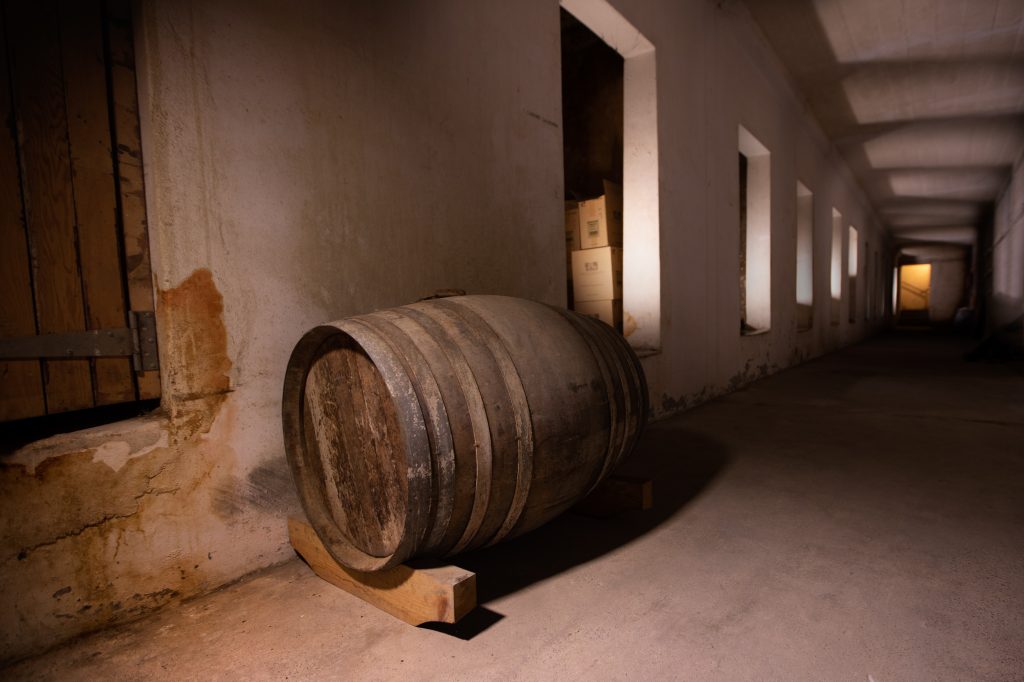 Over the years this veritable treasure trove has been stocked with some of the rarest and most prized vinicultural masterpieces in the world.  An example includes the Groot Constantia Chardonnay 2013, which won the Best Chardonnay in the World award in 2015, as well as a few precious bottles of the multi-award-winning 2019 Sauvignon Blanc which was named Best in The World at the 2020 International Wine Challenge (IWC).  Other exceptionally rare wines that are stored in the Vintage Vault include a bottle of Groot Constantia’s iconic Grand Constance wine produced in 1821 (the oldest bottle stored here), JP Cloete’s Pontac wine, which achieved acclaim at the International Exhibition in Paris in 1855, as well as a few bottles of wine that were originally produced for the Duke of Northumberland.

Whilst these particular historic wines are not being made available to purchase, Jean Naudé, CEO of Groot Constantia, explains that small batches of Groot Constantia’s vintages produced from 2002 onwards are being released for purchase at the Estate in a specially produced Vintage Vault Collection box.

“Most people are not aware that we have this underground Vintage Vault, which is like a trip back in time, offering a glimpse into the wines produced at Groot Constantia over the ages.  Over the decades Groot Constantia has stored a portion of every vintage produced for our own reference and records.  From 2002 we began to store sufficient volumes to make a small amount available for sale to the public.”

“The making public of this building and sharing the wines with wine-lovers is part of our mission at Groot Constantia to preserve and share the legacy of South Africa’s wine industry,” says Naudé.  “Groot Constantia is a Provincial Heritage Site and a living museum.  The Estate is in fact the birthplace of South Africa’s wine industry and our Vintage Vault holds the product of this history – the wines stored here tell the story of our wines over the ages and we invite the public to share this with us.” 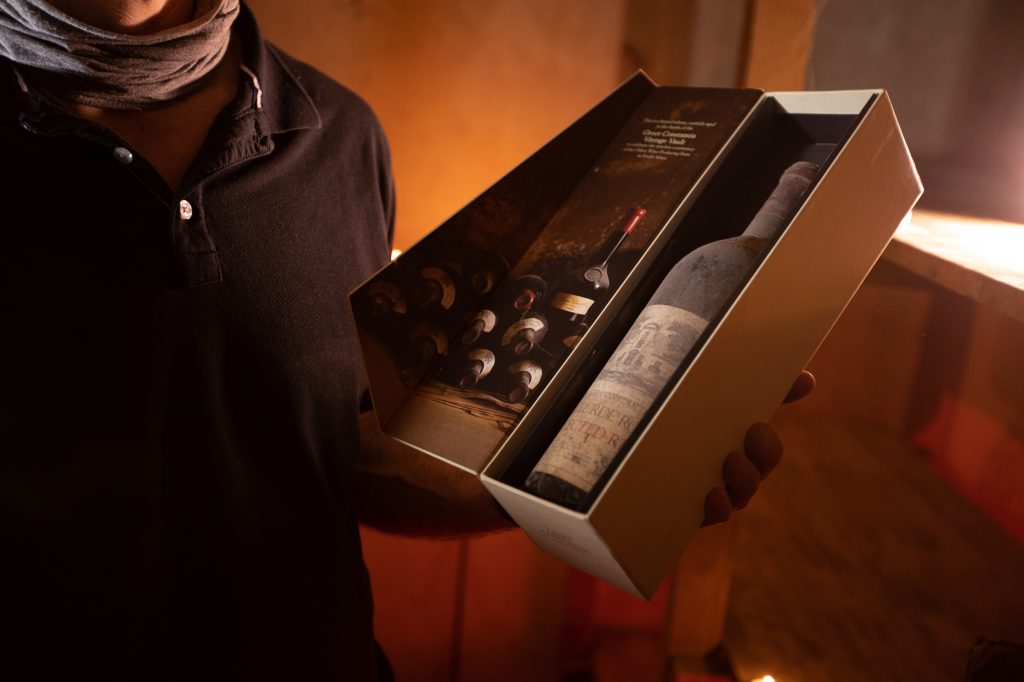 Boela Gerber, winemaker for Groot Constantia, explains that by storing a portion of each vintage produced at the Estate the wine making team can look back and assess a particular year’s wine, which assists in honing the wine production processes and flavour profiles going forward to produce the best wines possible.  It also allows for a snapshot of each year’s climatic conditions and possible vineyard stresses.

“I have been very privileged to work at Groot Constantia for 20 years and to bear witness to how the wines produced at the beginning of my tenure here have aged.  We also have wines in the Vintage Vault that have been stored here for 70 years and more, and which were produced in a time when wine making processes were different than they are today.  For example, they were aged in huge casks produced in the early 1900’s that were re-used for decades as opposed to using new, smaller barrels as we do now.  It is fascinating tasting these wines to compare their flavour profiles and assess how they have aged.  Modern technology also helps us analyse these older wines to evaluate chemical compositions, alcohol volumes etc.  All of this information tells us a story and reveals the past – knowledge that helps us produce current and future award-winning wines,” says Gerber.

“Groot Constantia’s wine-making methodology is very traditional, and we only use fruit grown on the Estate – never bringing in grapes from other farms or areas.  This means that each year’s vintages are a true snapshot of that year’s climatic conditions and overall vineyard conditions on the farm.  The flavour profile of a wine and its ageing potential are hugely impacted by these conditions and so we can taste a wine from decades ago and know if it was produced in a high rainfall season or if the vineyard had struggled with stress conditions – for example.”

“We are extremely excited to share these special vintage wines with the public so that they too can experience the love and passion that went into their production over the years.  The ideal conditions within the underground storage cellar means that the wines are optimally aged and ready for consumption – or to be added to a private collection to be aged for a few more years to come,” says Gerber.

The limited release Vintage Vault wines have been available since February 2021 at the Groot Constantia Estate.  For more information contact Groot Constantia at sales@grootconstantia.co.za.

Groot Constantia is on City Sightseeing Purple route with 3 bus tour loops via the estate every day.