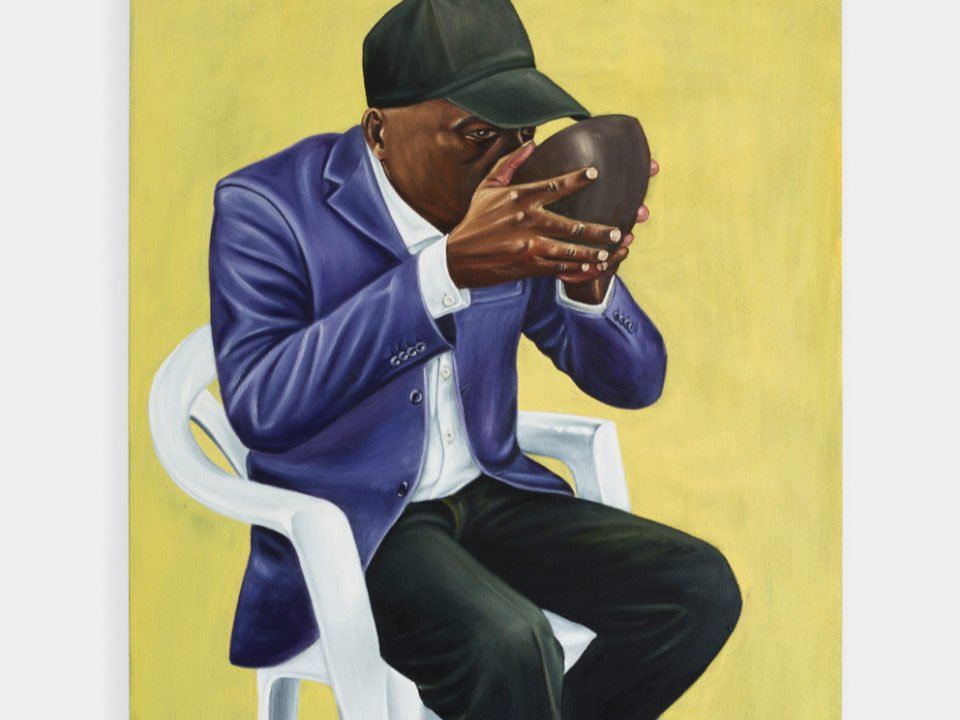 Galleries and artists in Cape Town, South Africa and Sub-Saharan Africa prepared themselves for this year’s Cape Town Art Fair. The fair, on the other hand, had to be postponed for next year to align with international travel bans.

Nevertheless, some of what we missed in the annual art blitz, is available and on show in galleries across the city and some can also be viewed online.

Galleries mentioned in this article form part of the local First-Thursday initiative which keeps establishments open for longer on the first Thursday of every month, turning Cape Town’s Central Business District (CBD) to an art hive for an evening.

Deepest Darkest is a boutique contemporary gallery in the historical heritage village of De Waterkant curating emerging and established local and international contemporary artists and creators working across a variety of practices.

Deepest Darkest presents its first show of 2021, Nocturnes, a solo exhibition of paintings by John-Michael Metelerkamp.

Metelerkamp who was born and raised in Knysna, recently relocated to Cape Town, with Nocturnes being his first solo exhibition in the city following multiple exhibitions across the country as well as presentations at numerous art fairs.

Painted between 2018 to 2020, Metelerkamp’s Nocturnes is a collection of paintings inspired by the artist’s life in Knysna.

Jaffer Modern is a new gallery located on the penultimate floor of the recently completed Vīb Hotel in Green Point.

Sahlah Davids, Abdus Salaam and Aimee Messinger present ‘Tell me 3 things about yourself’.

Curated by Sara Khan, the exhibition presents the artists as three elements, three intervals of introspection and retrospection, three moments of pause and three invitations to dialogue and debate.

You are invited to consider this prevalent question, “Tell me 3 things about yourself”. A question that often accommodates as an icebreaker for incipient friends and connections. During a juncture when the familiar in the proverbial sense has become distorted, the artists are offering a halcyon escape from the disruption, to take a peregrination between oneself, another and beyond.

THK is a contemporary art gallery, showcasing work by local artists currently exhibiting Andrew Kayser ‘Not Enough Time to Do Nothing’.

EBONY/CURATED exhibits contemporary and modern art from the continent. The gallery represents a core group of emerging and established artists and participates in fairs internationally.

First exhibition of 2021 in Loop Street focuses on new artworks by 11 exceptional artists. Many of the artists in this Summer Exhibition would normally have been included in booths at the Investec Cape Town Art Fair, usually scheduled to take place around mid-February. Whilst most Art Fairs have been delayed until later in 2021, artists keep creating and still need opportunities to exhibit to a physical audience as much as possible.

‘In [the] Loop’ will include, amongst others, Kelechi Nwaneri’s ‘The Journey’. Artsy highlighted Kelechi in November 2020 as one of 15 artists “on the rise” from the continent. They will also be showing pieces by John Newdigate and Zemba Luzamba, both of whom have achieved notable auction records for contemporary artists on the continent in the past 6 months. Aviwe Plaatjie’s magnificent ‘Sithi Aba’ is a precursor to his highly anticipated solo exhibition at EBONY/CURATED in May 2021.

They also released a new embroidered panel entitled ‘Solitude III’ by Kimathi Mafafo, another artist recently highlighted by Artsy in “Trends to Watch” in 2021. Following a sold-out solo exhibition in 2020 and recent exhibits in Paris and Munich, Hugh Byrne gives us ‘Fluster’ – another radical experiment in painting, highlighting the artist’s continued investigation into structure and colour.

The A4 Arts Foundation is a not-for-profit organisation dedicated to supporting the arts in Southern Africa. A4 is grounded by an understanding of art as a reciprocal resource, a catalyst for innovation, and a medium of collectivity.

A4 Circle Series invites an emerging artist to work with an emerging curator, and stage an exhibition in A4’s library. The library as a site plays a pivotal role in the staging of the work.

WORLDART is a vibrant Cape Town based gallery that specialises in contemporary art with a leaning towards urban and pop art.

‘What keeps me up at night’ is an exhibition of paintings by nineteen year old Jozua Gerrard, an art school drop-out with will and drive.

“I wanna be something big, I want to be one of the greats”.

Gerrard says that he was ten when he started realising that it was possible to make a living off being a creative. As he grew up he began to struggle more and more with his mental health and art became an escape.

“I could pour out all of the feelings which I didn’t have the vocabulary to express, into these creations and it just gave me a new perspective on self-worth.”

Masked figures in minimalist settings form the bulk of this body of work. Though it pays homage to the presence of masks in some native cultures, it also refers to the idea that the mask transforms the wearer into something more than themselves. Its aura can be so overwhelming that the wearer will hide behind it in times of weakness, sometimes helping the wearer to have the edge to push through difficult situations they face.

“My art is made to connect the viewer with themselves just a little bit more than they would have if they hadn’t seen it.”

Nel Gallery is centrally located on the corner of Long and Church Streets in Cape Town. It is owned and directed by artist Luan Nel alongside his partner and spouse Neil Pendock. The gallery usually has an ongoing group hang of mostly local artists, but also artists from the rest of the country and further afield. In addition to the group hang they host solo and two-person exhibitions at regular intervals throughout the year.

With an increasing focus on African Art around the world, Eclectica Contemporary aims to present a carefully selected and focused collection of art from the continent that interrogates the issues facing us in a globalised world. The art at Eclectica often shows practices and materials familiar from art history but which push these boundaries and explore uncharted territories of representation, technique and theory.

Program of exhibitions shows a mix of solo shows by gallery artists alongside curated group shows. In addition, the Eclectica Contemporary exhibition space has facilities for experimental, new media and project-based works.

Youngblood is a three-story gallery based in the heart of the CBD. Youngblood’s main focus is to provide a platform for up and coming artists to start off and continue from.

The Cape Gallery, 60 Church Street is set in the heart of the old city off the Church Street walking mall, flanked by the colourful Georgian and Dutch facades built by the 18th and 19th century settlers.

Central to the tradition of South African painting is the abiding love of the land. Early Cape painters were ‘reporters’ who described the topography, flora and fauna of this fascinating land, a conservative approach which is still favoured by the gallery’s clients today. Recently the emergence of the vibrant street art has added an essentially African character to the work on display.