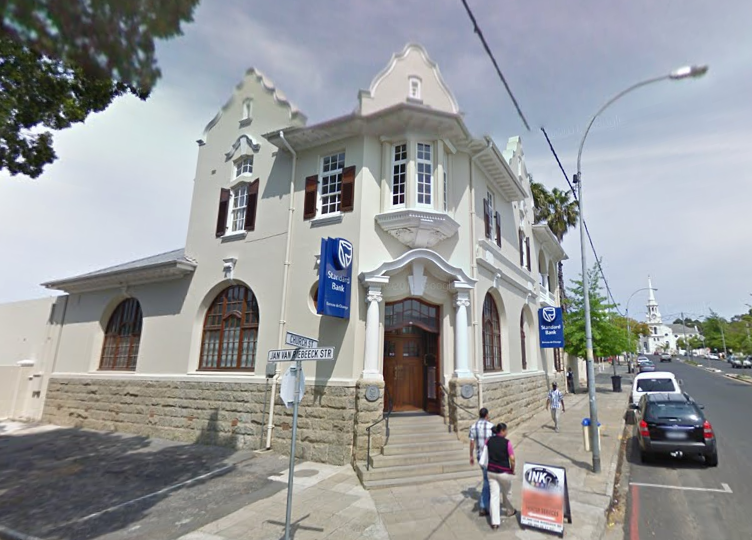 Wellington was founded in 1840 and was named after the Duke of Wellington. The Wellington region is renowned for its beautiful Cape Dutch homesteads and gardens. The historic Bain’s Kloof Pass, with its unsurpassed vistas, indigenous flora and fauna and crystal-clear rock pools is the perfect spot for hikers and mountain-bikers. Closer to town a visitor can enjoy guided wine-walks and horse-trails through farmland and fynbos and seasonal guided hiking on the borders of vineyards and the wild.

The town is surrounded by fruit orchards, wine estates and olive groves. Wellington boasts true country hospitality, some of the most idyllic wedding venues in the Cape Winelands, an award winning wine route, beautiful wine estates, one of the oldest whisky distillery in the country and accommodation to suit a variety of requirements and budgets. 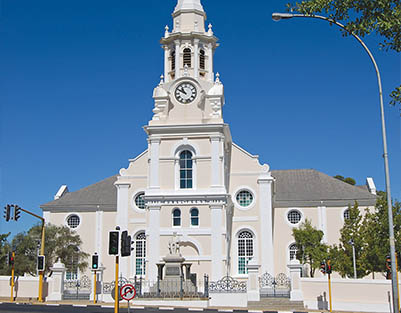 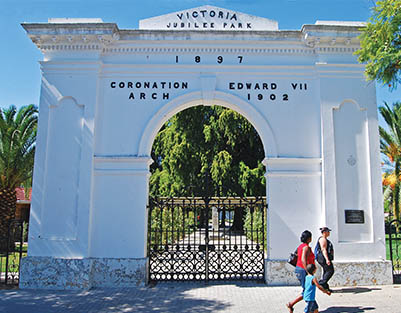 THE HISTORY OF WELLINGTON

Wellington lies in a beautiful and fertile valley surrounded by mountains – with Groenberg to the North-East and beyond Limietberg, the Hawequas and the two Sneeukoppe. Many thousands of years ago, the valley was inhabited by indigenous people, the San and Khoi-Khoi and relics of their implements are still found in the area.

In 1677, the first European settlers came to the valley known as Limietvallei. In 1699 Willem Adriaan van der Stel allocated 15 farms to the French Huguenots. The first pioneers established a wagon maker’s industry and the valley became known as Wagenmakersvallei (Val du Charron) – the valley of the wagon makers. It was in 1840 that the Dutch Reformed Church was established, simultaneously with the proclamation of Wellington as a town on 26 March 1840. On the recommendation of the then British Governor at the Cape, Sir George Napier, Wellington was named after the Duke of Wellington 25 years after the famous Battle of Waterloo in 1815. The founder of Wellington was Dr John Addey. 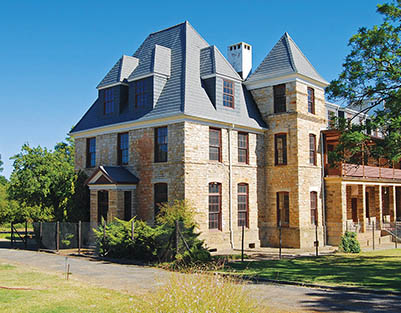 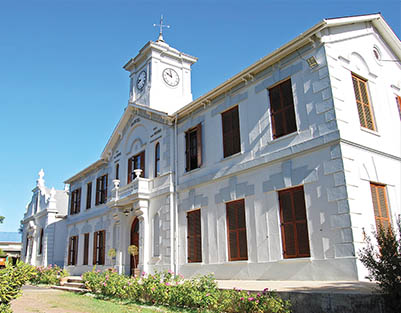 Thirteen years later, this quiet rustic village became a hub of activity. The roads were improved and on the 13 September 1853 the first bridge was opened across the Berg River and a day later, on 14 September, the Bains Kloof Pass was opened, thus the opening up of a route to the North. Andrew Geddes Bain was a brilliant Scot who had no formal training as engineering training but cut a pass through the mountains with dynamite and convict labour.

We have travelled this pass. It is magnificent and very delicate on the impact it made to the landscape. 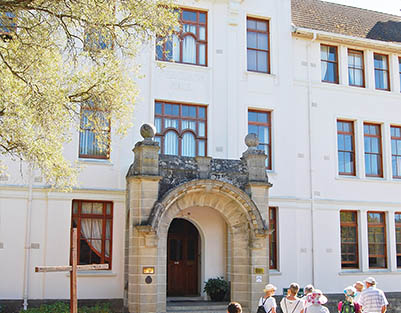 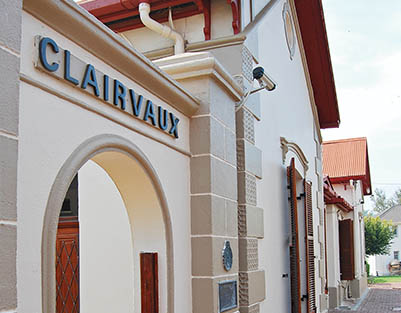 Ten years later, on the 4th November 1863, the Cape Town to Wellington railway line was opened by Governor Sir Phillip Wodehouse. Wellington was now a pulsating terminus of trains, stage coaches and wagons. A new era broke in 1871 with the arrival of the Reverend Dr Andrew Murray. Dr Andrew Murray was the inspiration behind the building of the Huguenot Seminary, and establishment for the Christian Education of girls and young ladies. Wellington became known as the birthplace of education for ladies in South Africa. Many of the beautiful buildings on the Heritage Trail are the legacy of Dr Andrew Murray.

Map key and a detailed explanation is available on http://www.wellington.co.za/wellington-activities/wellington-heritage/