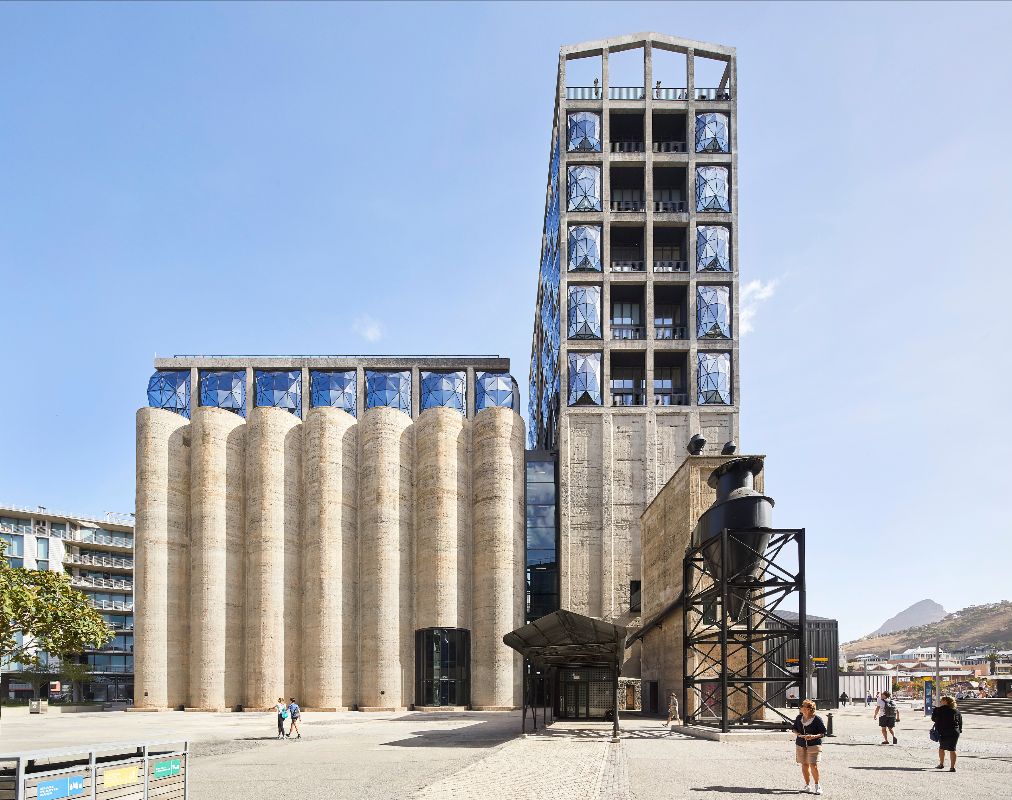 This September, Zeitz Museum of Contemporary Art Africa (MOCAA) will host and convene The Radical Solidarity Summit, its first, week-long online gathering that will address urgent issues, explore alternative futures, and discuss the possibilities that can be forged in the cultural field through acts of radical solidarity.

The event will take place over five days. It will be an unprecedented opportunity to connect with other organisations and individuals, artists, curators, activists, writers and educators who are passionate about learning, supporting and collaborating in a spirit of generosity and who are committed to the continued fostering of the arts from Africa and its diaspora.

Each day of the online event will explore solidarity through a different theme. The summit begins with a discussion on the historic legacies of resistance and the ongoing struggle for black liberation through the context of Pan-African solidarity. Day two examines the development of robust publication cultures including both print and online platforms as well as other methods of knowledge production and transmission. Day three looks at practices of collaboration and collectivity while day four will ask critical questions related to space, urbanism and mobility and its impact on imaginaries. The event concludes with a review of radical artistic and theoretical practice in relation to solidarity.

The programme will take the form of discursive talks alongside performances, film screenings and readings. In honour of the event, Zeitz MOCAA is handing over the reins of its Instagram account for the duration of the summit to blaxTARLINES KUMASI, an experimental incubator of contemporary art and sharing community based in Kumasi, Ghana.

The Radical Solidarity Summit draws on distinguished and leading figures from across the continent and from a range of disciplines spanning political science, film, visual arts, literature and philosophy. Highlights from the programme include Albie Sachs, South African struggle veteran, Achille Mbembe, historian and political theorist and Bukola Oyebode, art writer, editor and publisher, founder and editor-in-chief of art magazine The Sole Adventurer. It will be the first time many of the panellists will have shared the same stage together.

Tickets are R85 for African guests and R150 (USD $8.5) for international guests and are available through Webtickets. Zeitz MOCAA is also inviting applications from students for sponsored tickets by contacting the museum directly on education@zeitzmocaa.museum. 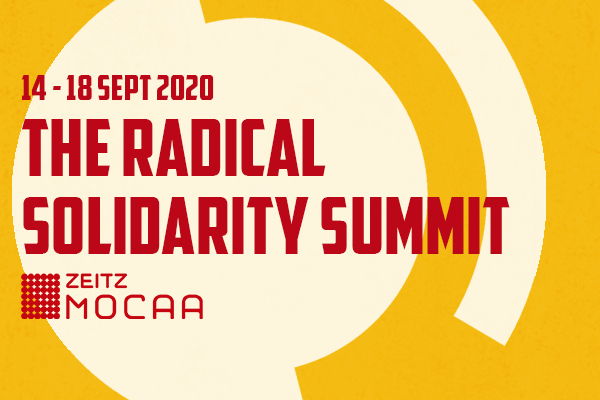 A programme of film screenings, readings and performances will accompany each theme explored.

14 September
Introduction by Koyo Kouoh, Chief Curator and Executive Director, Zeitz MOCAA
Conversation: Solidarity: Historic Contexts of Pan-Africanism and the Transnational Struggle
A historical mapping of Pan-Africanism as a political formation and radical solidarity in times of crisis. This will include insight into its inception in the Black Nationalist Movement in the United States of America, stretching into the anti-colonial movements in Africa and its diaspora, and to its present-day manifestations. Pan-Africanism as a school of thought comprises various intellectual traditions, such as the doctrine of Negritude that emerged in the 1920s and other black radical movements of the 20th and 21st century. The teachings of Pan-Africanism are foundational to much of the political self-organisation and mobilisation that occurred in the struggle for independence in Africa during the 20th century. Due to Pan-Africanism’s influence, different mechanisms emerged which united African countries against colonialism and assisted in the establishment of inter-regional social, political, economic and cultural ties. These connections created possibilities for underground networks, coalitions and strategies to materialise. This will involve a critical analysis of Pan-Africanism’s intellectual legacy, its shortcomings and its intersections with race, class, and gender.

15 September
Panel: Printed Matter, Text, Language, Transmission of Knowledge
Knowledge systems from Africa have been preserved and passed on through generations. They exist and manifest today through cultural forms and critical artistic practices. Language and literature, both spoken and in print, has played a pivotal role in the transmission of information for solidarity against suppressive cultural domination. This will be an examination of the different kinds of knowledge production and dissemination systems rooted in Africa. Furthermore, today, the accessibility of the internet is providing a space for the amplification of marginalised cultures and peoples to connect with one another. The internet has contributed immensely to democratising the channels through which knowledge from the continent and narratives of blackness are celebrated.

16 September
Roundtable: On Collectivity and Collaboration as Radical Practice
An examination of emancipatory collectivism and collaboration in artistic and cultural production. There will be engagement with cross-cultural and transnational collaboration which defy the North-South dichotomy and disrupt global centres of power. The recognition of ongoing activism in Africa, Asia and South America from a Non-Western paradigm and model will be discussed. The existence of contemporary student protest movements such as anti-KKN (Indonesia), #YoSoy132 (Mexico) and #RhodesMustFall (South Africa) challenged institutional exclusionary practices. Other independent youth-led movements such as the Arab Spring (Libya, Egypt, Tunisia) and Y’en a Marre (Senegal) overthrew repressive socio-political systems. Much of this organisation, mobilisation and solidarity occurs in digital online spaces as resistance to hierarchical structures. These types of movements have had an impact on the artistic community with the formation of artist collectives and independent contemporary art spaces which strive for democratic, inclusive and egalitarian access and representation. This includes collaboration between community art centres, academies and museums. Collaborative practices have the potential to transform and decentralise our understanding of power central to community building.

17 September
Panel: Urban Imaginaries, Mobilities and Why So Many Borders
Our contemporary world is heavily marked by borders, walls and other barriers that limit freedom of movement. These physical and symbolic constructs can also restrain human imagination. Their implementation interrupts cross-border cultural processes and networks through which knowledge is transmitted. This will be an exploration of different interventions that seek to open spaces of resistance and critical imagination. It is an examination of the places where immutable and essentialist representation of borders and limitations on our spatial imaginaries are challenged. The digital realm as a space which transcends physical borders for transnational solidarity will also be considered. We will look at the discourse around the redefinition of urban architecture, urban spatial design and cross-border migration. Opportunities and challenges of mobility in shaping our worldviews and as sites of resistance will be examined. Also included will be ideas related to the informal economy and the future of smart cities.

18 September
Roundtable: Radical Practices/Radical Solidarity
Both the historical legacies of resistance movements and ongoing struggle for black liberation have taken on different forms throughout the centuries and to date. Regardless of the form, such movements can point to the Black Radical Tradition. This often involves a collection of intellectual activists whose contributions have aided disrupting social, political, economic and cultural norms originating in anti-colonial and anti-slavery efforts. However, this has also been supported by allies from non-aligned regions of the world. As we see activists taking to the streets with renewed vigour to fight racism, inequality and capitalism, today’s protest movements point to a much broader revolutionary genealogy. There will be an interrogation of hegemonic cultural traditions, beliefs and values. This will include ideas around self-determination and the formation of their radical ideologies.