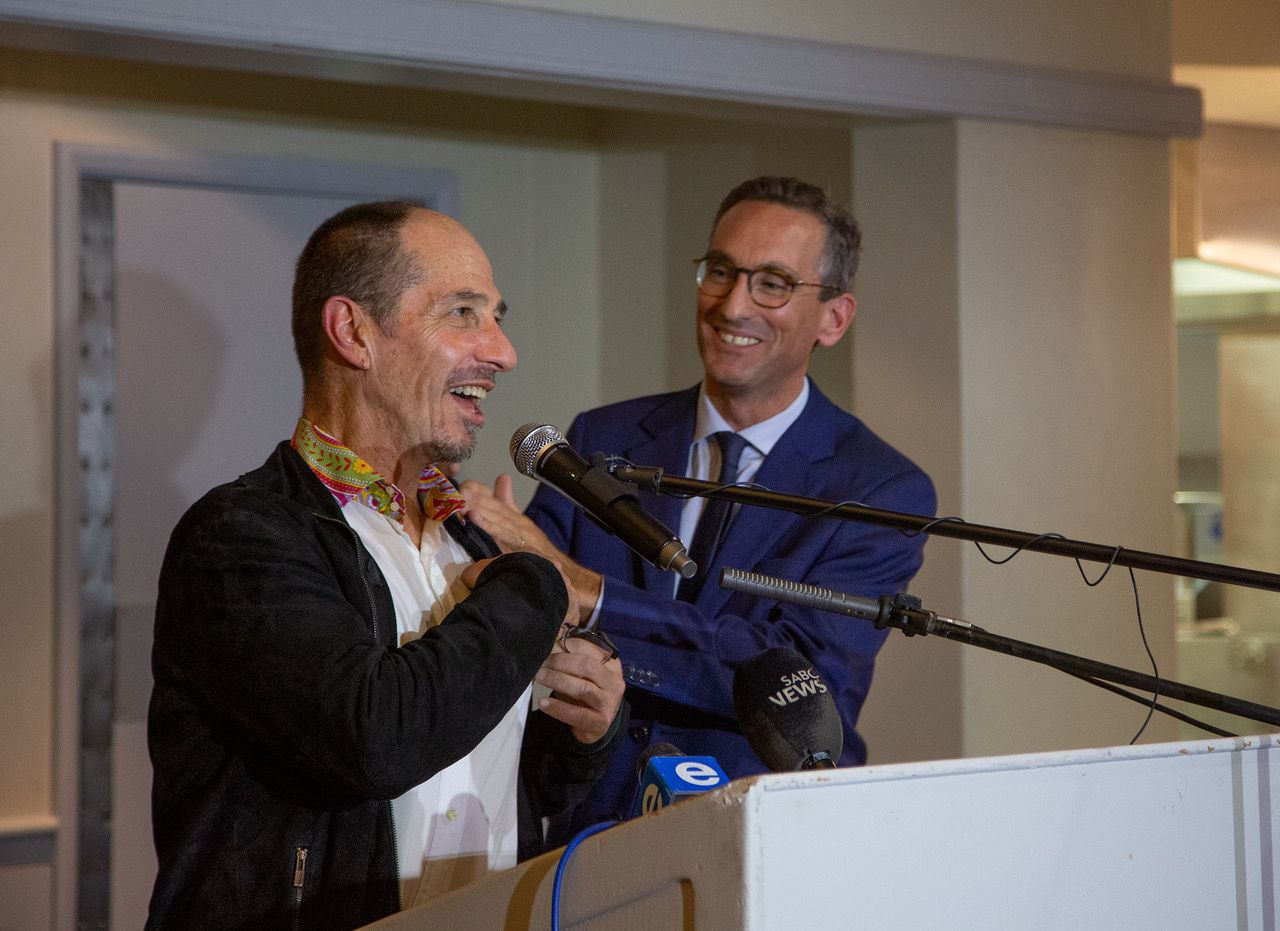 On November 13th, Cape Town born and bred, world renowned cartoonist, Jonathan Shapiro, aka Zapiro, became the latest addition to a very short and prestigious list of South Africans to receive the French honour, Chevalier Ordre des Arts et des Lettres (Knight in the Order of Arts and Letters). The award was presented by Ambassador of France to South Africa, H.E. Mr. Aurélien Lechevallier, on behalf of the French President. 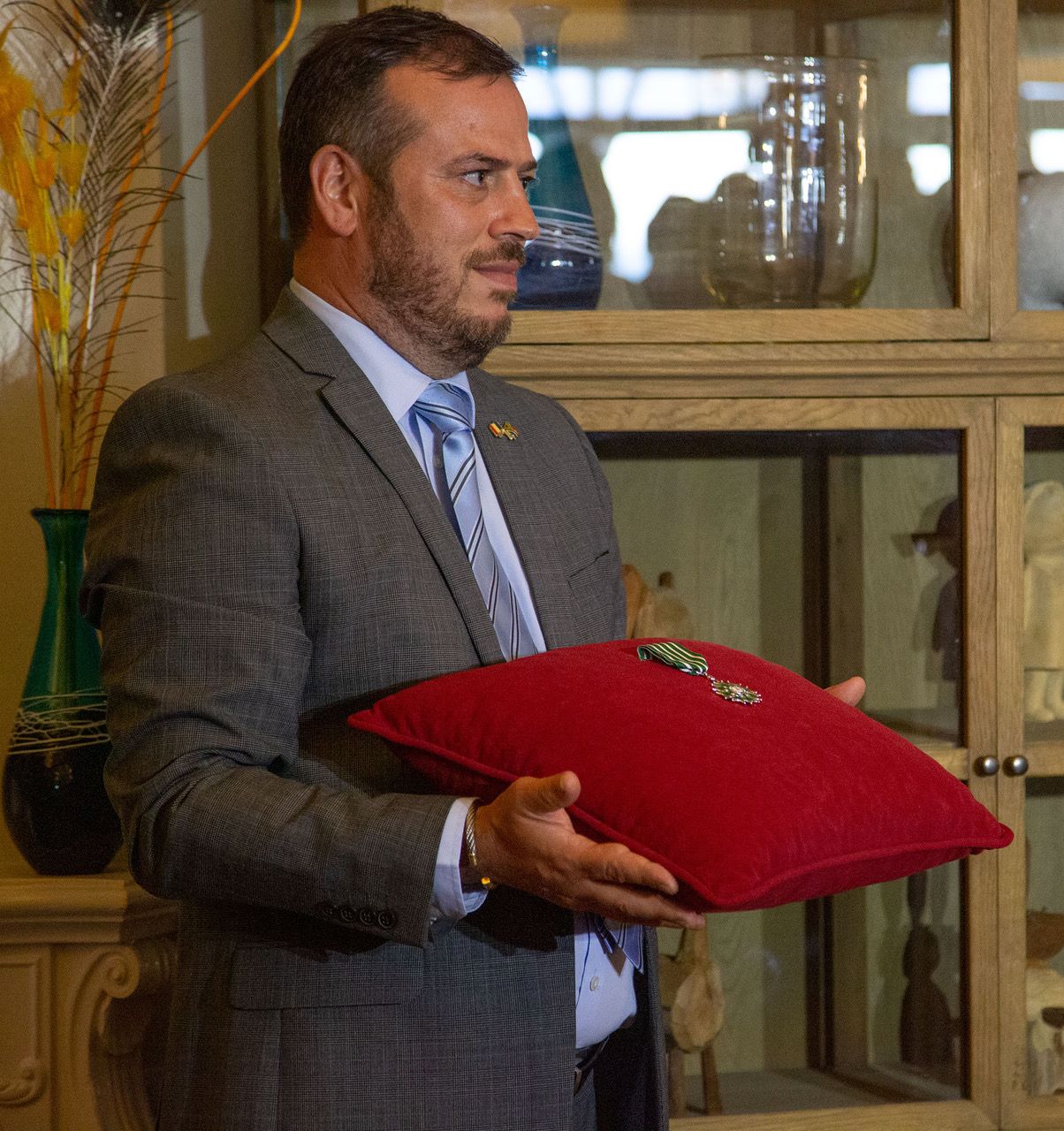 Initially enrolled at the University of Cape Town to study architecture, Zapiro disliked the course and decided to study graphic design at the Michaelis School of Fine Art. It was during his course change that he was conscripted into the South African army for two years in 1982. Although best known for his humourous, cutting edge and controversial cartoons, he was also a political activist during South Africa’s Apartheid regime and an active member of anti-apartheid movement, the United Democratic Front (UDF) that was formed in 1983. His then political alignment saw him being detained under the Illegal Gatherings Act in 1988, just prior to leaving South Africa to hone his skill at the School of Visual Arts in New York.

The Order of Arts and Letters was established in 1957 by the then French Minister of Culture, for significant contributions to art and literature in France as well as abroad and is the highest cultural honour bestowed by the French government. Said Ambassador Lechevallier: “In Jonathan Shapiro, France wants to give recognition to an artist, a friend, but also a freedom fighter who shares the values of the French Republic.” 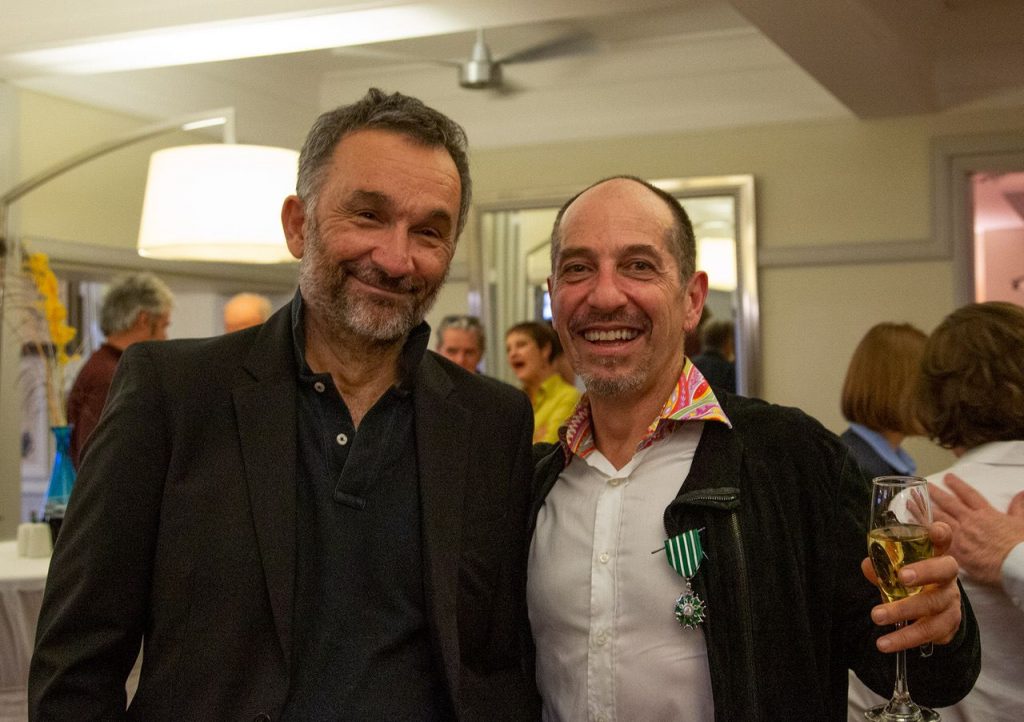 Zapiro, who is currently the editorial cartoonist for well-known publication, Daily Maverick, is only the fifth South African to date to be decorated with this award and has joined the ranks of Johnny Clegg, William Kentridge, Gregory Maqoma and Zanele Muholi.