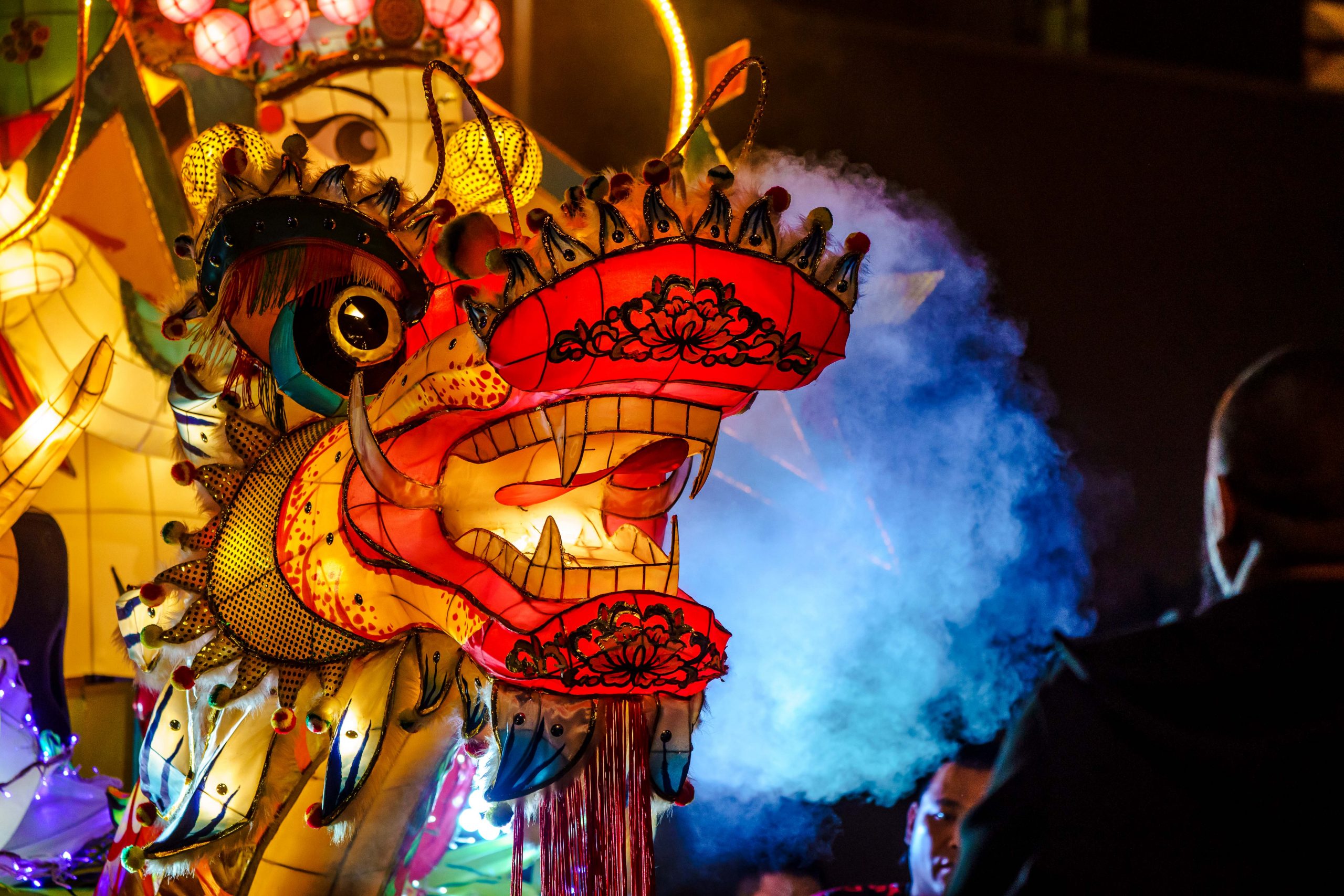 From marimba to marabi, uhadi to riel. The voices of our women to the footsteps of our ancestors. The beat of the drum, to the echoing calls for change. The Cape Town Carnival theme this year, “Incredible Journey: Sounds of South Africa” showcases the music, song, dance and art of our country. Each is so powerful and distinct; it connects us to our past, our future, our country and each other.

Since June last year, the crew and 2 000 performers from more than 50 talented community-based groups have been designing floats, making costumes, synchronising moves and perfecting melodies. Join us on 21 March at 19:00 on the Green Point fan walk to experience creativity and talent. Get ready for your imagination to be taken by surprise. 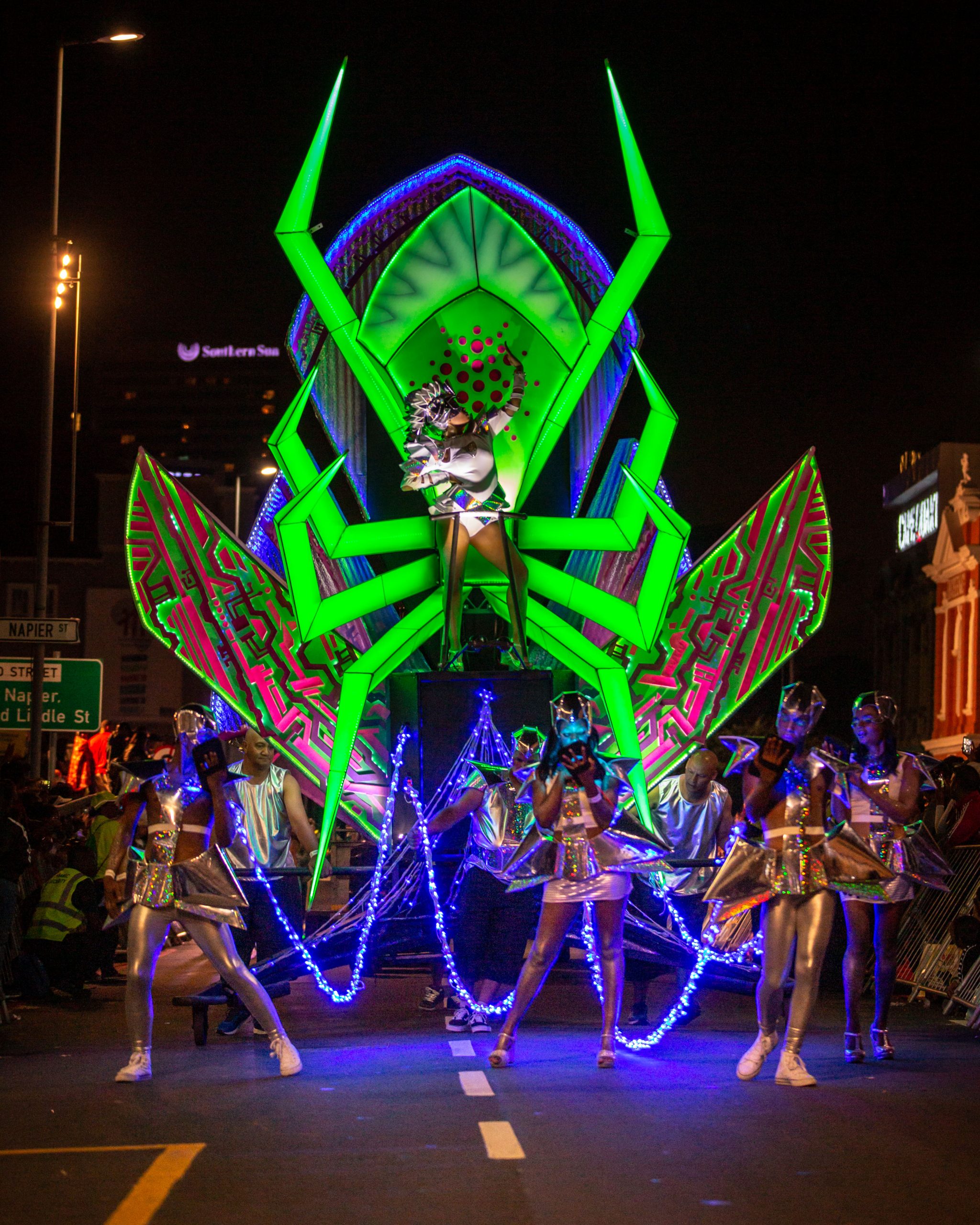 The parade will unfold through various themed pods of grouped dancers, floats and puppets showcasing “Incredible Journey: Sounds of South Africa”. These include:

Footsteps of the first artists – The oldest evidence of humans creating marks with meaning were found in Blombos Cave, South Africa. It’s proof that we’ve been a creative nation since the beginning of time. Our incredible journey begins by celebrating the world’s first artists which includes a giant eland sculpture inscribed with symbols and marks to suggest artistic expressions of the early Southern African peoples; sounds include a bow-harp, played by Glen Arendse of Khoi Konnexion, giving a feeling of being steeped in deep distant time.

DANCE! Energy in motion – a celebration of South Africa’s dance styles which includes a group that kicks up dust through the distinctly South African Riel dance form, along with gumboot dancers; groups for this pod include ATKV Riel champions, and gumboot dancing by Phatizwelethu, Masizakhe, Masi Creative Hub and IthembaLabantu.

Honouring our African cultural roots – we honour the incredible variety of African cultural traditions, identities and creative expressions. Each so unique and distinct, the float and the performance draws inspiration from isiZulu, isiXhosa, seSotho & Ndebele styles of dress, adornment, patterns, colours and shapes to construct a dramatic stage for this meeting of cultures. The performers include Mali Drummers and Bulumko High School in Khayelitsha, combining traditional and contemporary dance and costume interpretation as well as lead performers Mxolisi Gontsana, Odwa Mangqibsa, Tyron Zoutman, Neziswa Tose and Ncumisa Shumi. 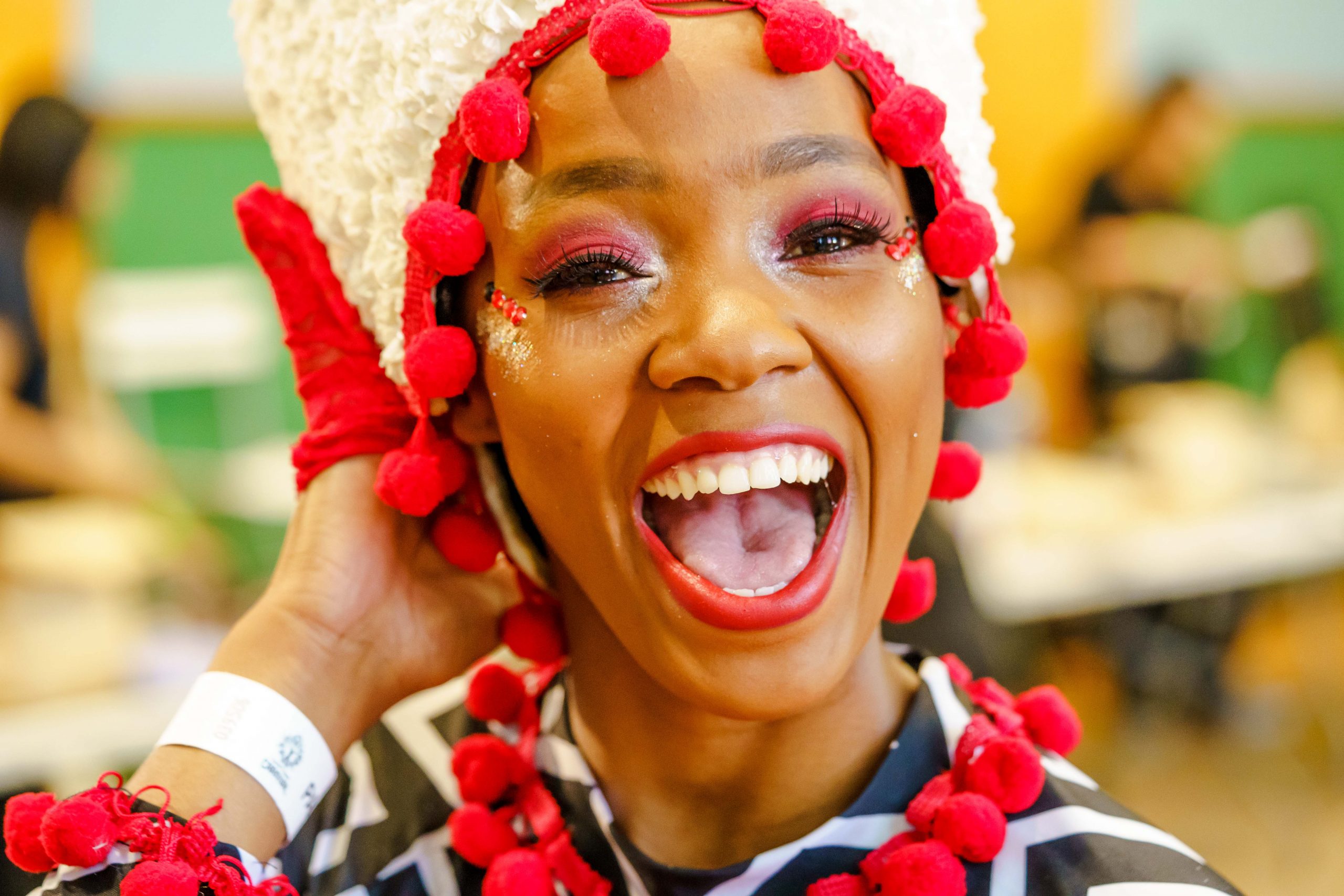 Umswenko: Move to your own beat – A celebration of style and self-expression, Umswenko is a contemporary South African movement originally expressed by miners. Celebrating life beyond work through song, dance and impeccable style, this creativity brought people with different cultures and backgrounds together. The colourful, graphic float is reminiscent of township and urban environments with amaswank strutting their stuff. Let our performers from Strandfontein High, who are participating for the first time with John Nunkani, Uyanda Mchunu, Andrea Jacobs, Aphiwe Sodlamba and Bongani Mzizi dazzle you with their distinct style.

Music of the soul – From doef doef to pata pata, hip hop to house: this year, more than ever before, we’ll look at the sounds that inspired our nation and beyond. Music that transcends race, religion, culture, space and time to bring people together around the world. A striking celebration of various musical styles and expressions through the parade will include Parkdale Malay choir.  As well as current and classic music like, Miriam Makeba’s “Pata Pata”, Johnny Clegg’s evocative “Asimbonanga Mandela” and Vicky Sampson’s iconic “African Dream” and many more.

Toyi Toyi: A call for change – There’s nowhere in the world where protest is synonymous with creativity and self-expression. The South African tradition of demonstrating through song, dance, music and movement is one of the strongest examples of the resounding proactive power of our people. A vocal and vigorous movement of strong energy and incredible toyi-toyi includes groups and performers KhuyaKhanya, Lavuthi Bhayi and Kraai4Art.

One South Africa – South Africa is home to so many beautiful, diverse cultures and communities from around the world. Each so unique and distinct but all with passion for creativity, music and dance. At this year’s Carnival, the Chinese Community of Cape Town will share the joy of dragon dance; Jhoomkar Traditional Indian Dance group will perform to traditional gorba music; the Portuguese Community of Cape Town will delight with their distinctive ‘bailinho’ inspired performance; and the Aphrodite & Northern Lights group will bring the traditional Middle Eastern movements to life through belly dancing. Lisa Marias, Precious Morharinyane, Lesley Maasdorp and Byron Mckeith will join the groups to create a cultural extravaganza.

Voices of our women – Every year the Cape Town Carnival honours the women of our country and beyond. This year we celebrate the voices of women with the Iconic Dream Doll float as an incarnation of women as activists and social revolutionaries, the Vula Youth drummers and dancers, the URC dancers from Kraaifontein and the lead performers Celest Marinus, Busiswa Maliwa, Sihle Ngantweni, Yanick Sweers, Andrea Harry and Amber Gelderbloem will showcase their spirit.

AfroFuture: explosion of creativity – African creativity and ingenuity are shaping the future we dream of right now. The grand finale of Carnival 2020 looks at what our bright and beautiful future holds. A spectacular float imagines the city of the tomorrow, fuelled by possibility, exploding with invention, all in its own unique, creative and distinctly African style.  Performers include Tracey Carter singing live with AfriCAN contemporary dancers, bioRithm, Michelle Davids Dance Company, Heiderveld Theatre Company, Marunzo Thomas, William Adams, Freedom Malgas and Nico Kywe.