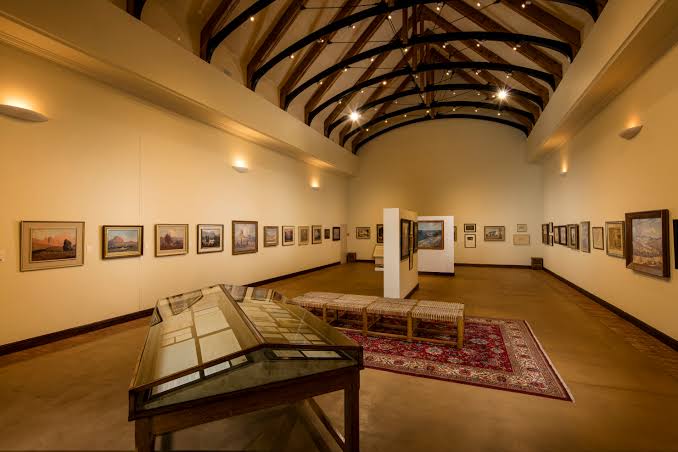 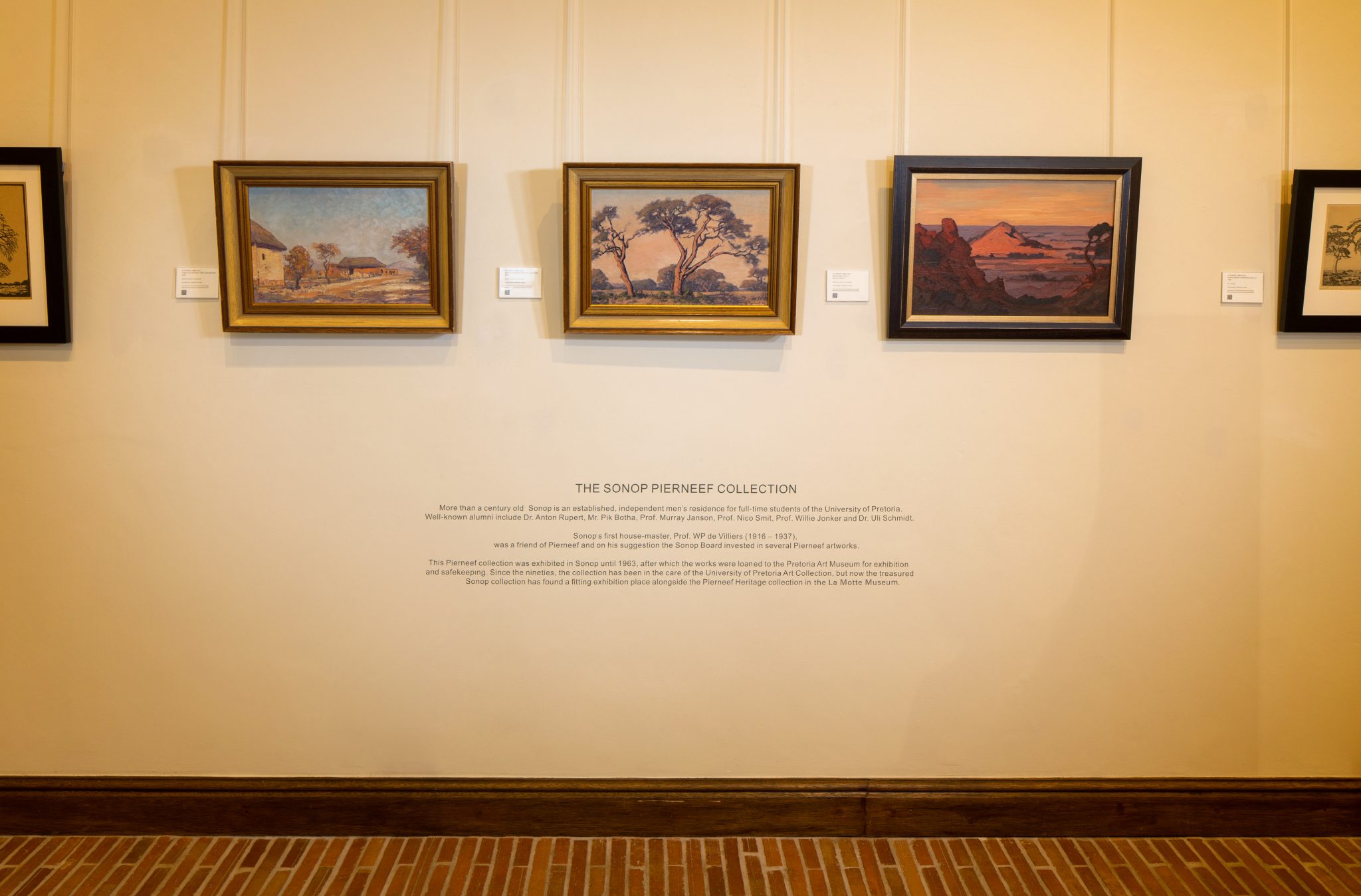 Most of his landscapes were of the South African highveld, which provided a lifelong source of inspiration for him. Pierneef’s style was to reduce and simplify the landscape to geometric structures, using flat planes, lines and colour to present the harmony and order in nature. This resulted in formalised, ordered and often monumental view of the South African landscape, uninhabited and with dramatic light and colour.

The La Motte heritage collection on JH Pierneef was acquired from his daughter Marita Pierneef-Bailey in 2009. The collection features 45 artworks dating between 1908 and 1955 as well as Pierneef memorabilia inclusive of documents, books, artefacts and his painting equipment.

The La Motte Wine Estate boasts its permanent heritage collection in the museum and a series of 128 linocut prints displayed in various visiting areas on the estate. And recently the significant SONOP COLLECTION added to LA MOTTE’S PIERNEEF exhibition ten artworks.

Sonop is an established, private and independent men’s residence for full-time students of the University of Pretoria. Initially founded by the Dutch Reformed Church Pretoria (Bosman Street) in 1916 and now owned by the Society of Sonop Old Boys, Sonop was the home of well-known alumni of the University of Pretoria including Dr. Anton Rupert (of La Motte), Mr. Pik Botha, Prof. Murray Janson, Prof. Nico Smit, Prof. Willie Jonker and Dr. Uli Schmidt. The residence’s first house-master, Prof. WP de Villiers (1916 – 1937), was a friend of Pierneef and it was on his suggestion that the Sonop Board invested in fourteen Pierneef artworks, acquired directly from the artist.

The collection of fourteen works was initially exhibited in Sonop, but when four works were stolen in 1963, the remaining works were loaned to the then newly open Pretoria Art Museum (1964) for exhibition and safekeeping. Since the nineties, the collection has been in the care of the University of Pretoria Art Collection under the supervision of curator Gerard de Kamper.

With the wish of Sonop to share the collection with a wider audience and with Dr Rupert an old Sonop resident, these special works have now found a very fitting home as part of the Pierneef Heritage exhibition in the La Motte Museum.

Each year, different prints of Pierneef are featured on the special wine collection at the estate. Pierneef Wine verities change every year and are bottled only with the finest of the harvest. The full year collection is available to purchase on the estate.