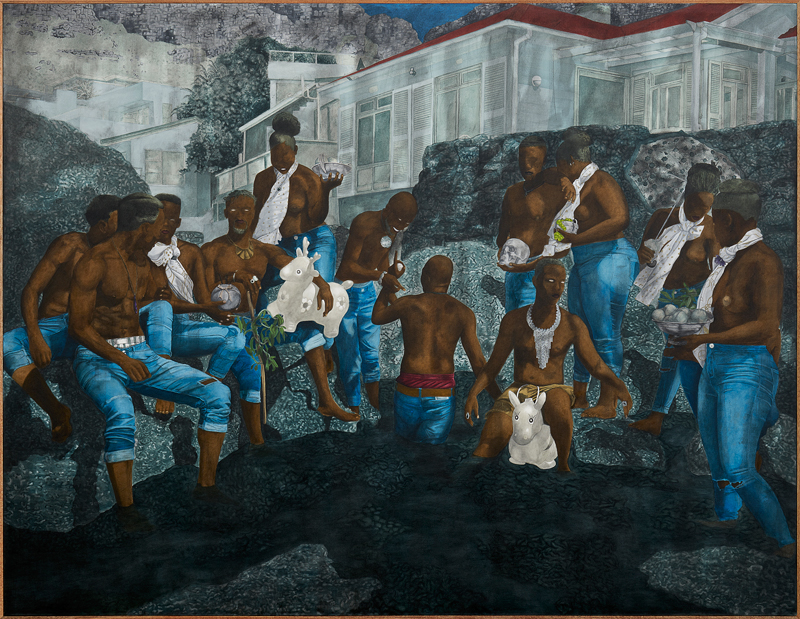 In the beginning1 there was a river (1). The river became a road and the road branched out to the whole world. And because the road was once a river it was always hungry. In that land of beginnings spirits mingled with the unborn. We could assume numerous forms. Many of us were birds. We knew no boundaries. There was much feasting, playing, and sorrowing. We feasted much because of the beautiful terrors of eternity. We played much because we were free.
_______________________________________

Born in 1986, Cinga Samson lives and works in Cape Town, South Africa. NaluLwandle, NaliKhaya is the artist’s fourth exhibition with the gallery.