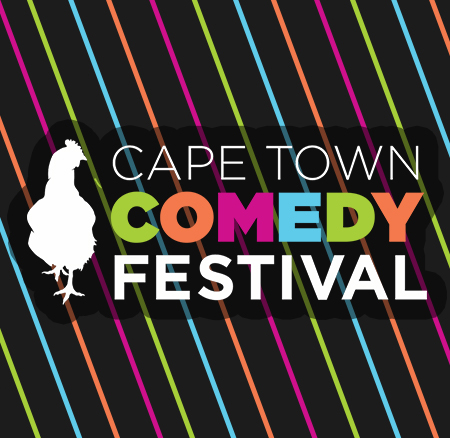 The largest stand-alone comedy festival in South Africa relaunching in 2020 at for a one week period. This one week event will host the most varied comedy shows and concepts ever produced in the country.

The Funny Is Back…

Filthy, funny, not for the faint hearted or under 18’s.

If you prefer your nachos a little more spicy, your coffee a little darker, this is the show for you.

Featuring five international and two local heavyweight comedians in a no holds barred romp that is fabulously filthy and dangerously funny.

The Danger Zone is always a crowd favourite and set to be fastest selling show on the Festival.

What if comedy was a sport? Bafunny Bafunny would be South Africa’s answer to a national comedy team to represent us at the World Cup of Funny.

Featuring four of our funniest stand-up comedians, the star-studded team is ready to unite the nation through laughter in an epic showdown against four comedians from the UK.

Bafunny Bafunny is one of the highlights at this year’s Cape Town Comedy Festival.

Richard Turner’s DEALT is a Global phenomenon that entertains, and inspires.

Gaming experts and gamblers know and respect him as a master card manipulator who could take down any old-west casino or wipe out any high-stakes gambler.

Richard’s unparalleled skill with a deck of cards has stirred and staggered audiences throughout the world.

Hear the story directly from the legend…and be amazed.

Featuring the Best Comedy Clips of the past year.

Make us laugh. We might make you famous! The best online comedy clips as submitted by YOU that are racking up the LOLs across the web.

Comedia is a foyer display and does not require tickets.

An entertaining and informative power hour with comedy experts. From stand-up comedians, cartoonists and academics in the field, there is something for everyone who has ever wondered ‘Why? How? What?’

Hosted by Mark Banks, one of the most recognized and respected comedians of his time, think Ted Talks, just funny!

The United Nations of Comedy is the widest selection of Comedy Styles ever to be featured on a Cape Town event.

Unlike the actual UN, this international contingent have no diplomacy, are grossly biased and regularly kill audiences during their set.

Armed with nothing but jokes, laughter has proven the best medicine and the only humanitarian aid they can offer.

A Big Night Out for the girls. All female cast.

Featuring 6 of the funniest international and local comediennes – this is the perfect event to celebrate with the ladies you love the most.

This one night only gala event will sell out fast…so don’t delay.