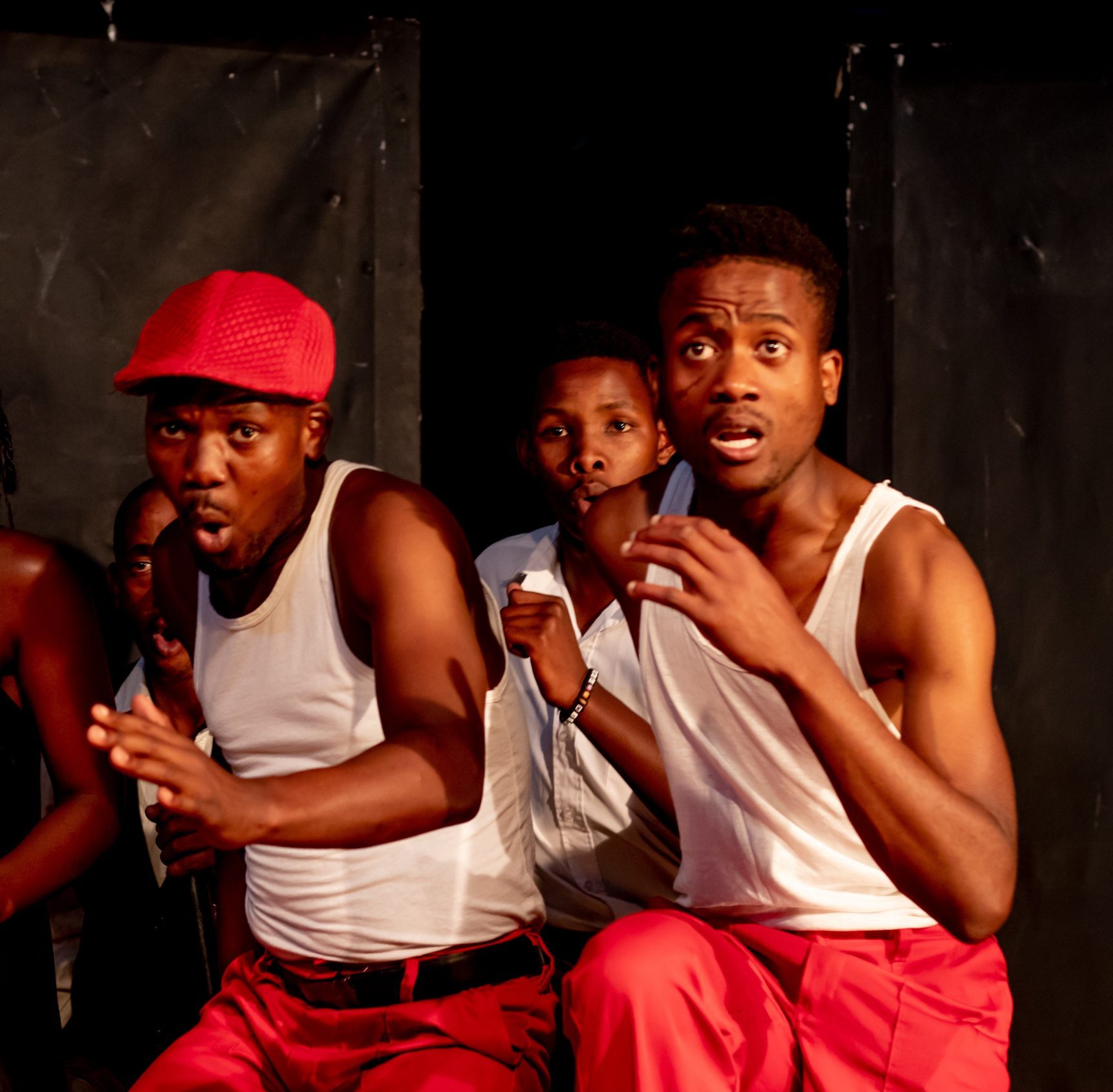 The Baxter’s Zabalaza Theatre Festival celebrates a decade of brilliant new works and a sizzling family weekend, from 7 to 13 March.

This year’s Baxter Zabalaza Theatre Festival celebrates a decade of the finest in development and outreach talent from all over the Western Cape. The festival takes place from 7 to 13 March 2020 when The Baxter will come alive, bustling with local artists and work to mark this milestone.

This year’s exciting programme includes 42 cutting-edge works by over 700 dynamic theatre-makers. Curated by artistic director Mdu Kweyama and coordinated by Zoleka Helesi with Bongile Mantsai as an associate member and administrative support from Tshegofatso Mabutla, this year’s festival is packed with originality, relevance and innovation.

Having positively impacted the careers of many young theatre-makers, the festival will this year honour its past and look to an innovative future of providing a platform for talented young changemakers. As part of the celebration, Zabalaza will take some shows to communities in Khayelitsha and Kraaifontein, to encourage greater audience participation and showcase the talent of these theatre-makers.

The premier event of its kind in the Western Cape, the Zabalaza Theatre Festival continues to enjoy support from the Western Cape Department of Cultural Affairs and Sport, the City of Cape Town, Distell Foundation, the HCI foundation and Pick n Pay, which has led to the sustained growth of the successful festival year on year. The Zabalaza festival has maintained its reputation as one of the stellar platforms of its kind in the country.

This year’s festival received a financial injection from the recent Rolex Arts Weekend at The Baxter, as all the proceeds from ticket sales were donated to the Zabalaza Theatre Festival.

The Zabalaza Challenge allows the public to make a meaningful contribution to the festival, the artists involved and the arts. Initiated by Baxter CEO and artistic director Lara Foot in 2018, the drive encourages individuals, businesses and organisations to join her in purchasing bulk tickets for those who might not be able to afford them, at only R30 a ticket.

“The Zabalaza festival has enabled and empowered young theatre-makers who otherwise might not have the opportunity to have their works recognized at this level. This investment into the future of arts continues this mission in that it contributes to the door takings for each show which go straight back to the groups and artists performing which in turn encourages more innovative works from our communities,” urges Foot. Contributing to this wonderful initiative is easy and can be done by visiting http://bit.ly/Zabalaza2020

To celebrate Zabalaza’s 10th anniversary, this year’s gala opening takes on a different format as speakers look back at the festival’s achievements over the last 10 years while looking to the future of theatre in South Africa. The Dean of Humanities, Shozi Kessi, is one of the guest speakers on the night, as is the MEC of the Department of Cultural Affairs and Sport, Anroux Marais and CapeTalk presenter and long-time Zabalaza supporter, Africa Melane.

The Family Carnival Weekend jump starts the festival on Saturday 7 and Sunday 8 March, curated for the enjoyment of the whole family, together in a space celebrating the arts. An array of activities and shows will be on offer with every space in the Baxter pumping with lively performances and fun filled events. In our newly renovated garden, a band will contribute to the festivities on the Saturday. Kids will be entertained with the much-loved jumping castles and face painting while the rest of the family can enjoy the food, clothing and accessory stores.

As part of the weekends festivities, the four winning productions from the Department of Cultural Affairs and Sport (DCAS) showcases will be staged. Participants from the Overberg, Cape Winelands, West Coast and the Garden Route Districts will present their work.

Saturday evening entertainment will be presented by RAW – Real Art Wednesdays who, for the first time will present Deep Soul in the 90s. A highly energetic and mesmerizing production showcasing the best emerging talent Cape Town has to offer, performing all the hit songs of the 90s. Acapella Groups, Singers, Bands, Comedians, Poets, Dancers, Rappers and Beatboxers from the Mother City all in one spectacular show. This one is not to be missed.

To date, nine of the Best of Zabalaza winners play scripts have been published through a partnership with Junket Publishers. In this way a growing body of plays that are accessible, relevant and artistically skillful are easily available to communities, schools, other educational institutions and theatre groups. These are Die 9de Maand by Tyron Zoutman, Ukuwa KweNkaba by Mthombisi Mpandle, Onweer by Carlo Daniels(2018), Thobani Nzuza’s Boy Ntulikazi (2017), Lauren Hannies’ TIP-ex (2016), Fruit by Paul Noko (2015), The Champion by Khayalethu Anthony (2014), Skierlik by Phillip Dikotla (2013) and Worst of Both Worlds by Bulelani Mabutyana (2012). These play scripts are available from the Baxter Theatre Centre.

The main festival takes place from 9 to 13 March with daily shows at 10am, 11.30am, 4.30pm and 7pm during the week. The productions on stage during this week were the strongest productions chosen from the four mini festivals that took place at the end of 2019 in Khayelitsha, Delft, Nyanga and Kraaifontein. The full festival programme can be viewed on the Baxter’s website at www.baxter.co.za

The festival will conclude with a thrilling award ceremony on Saturday 14 March where awards will be given to artists and productions in various categories. The Best of Zabalaza Theatre Festival winner will be announced and will enjoy a two-week run at the Baxter in April.

Each production on the main festival is ticketed at R30 per show while shows over the Family Carnival Weekend are priced differently. Bookings for the ten year celebration of the Zabalaza Festival is through Webtickets on www.webtickets.co.za/baxtertheatre or at Pick n Pay outlets. Visit the Baxter’s website http://www.baxter.co.za/event/zabalaza-theatre-festival-0 for the full programme.