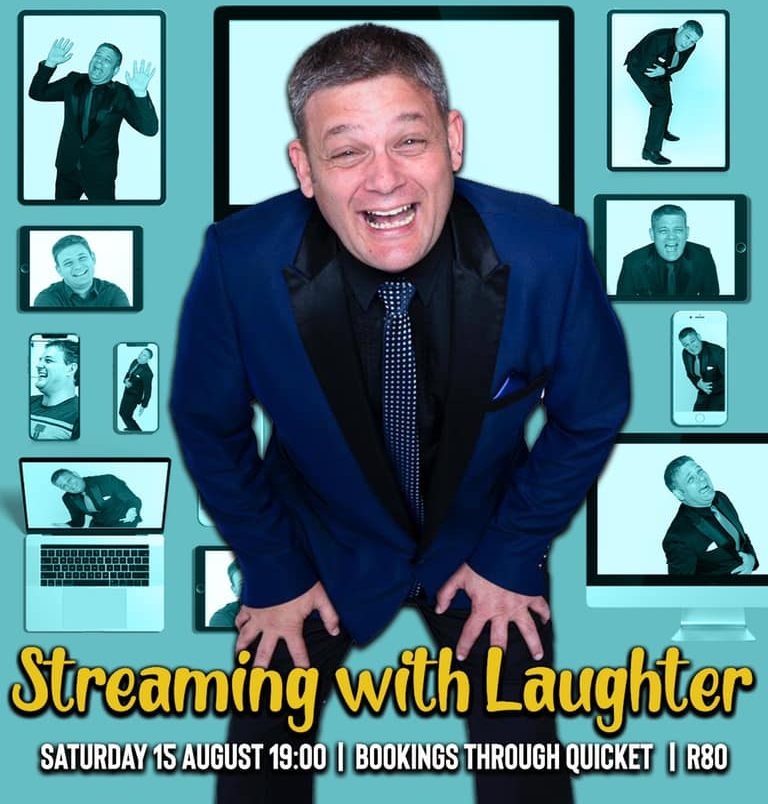 His latest show is called Streaming with Laughter and promises 65 minutes of hilarious silliness, sketches, brand new comedy and some old favourite routines drawn from his 23 previous solo comedy shows.

This show has some added bonus features:

– There will be a live (socially distanced) audience watching the

It’s time to laugh again. And assisting Committie will be his madcap alter-ego JOHAN VAN DER WALT (of Laugh out Loud fame) who will be pre-recording his thoughts and musings on lockdown and life in South Africa in 2020. Streaming with laughter will be a combination of live comedy, some pre-recorded sketches, interaction with those who are watching and commenting throughout the show and promises a spectacular climactic ending in which Committie creates a contemporary dance extravaganza as a praise-poem of hope for South Africa! Alan may or may not be wearing a leotard for this moment.

The show WILL BE available to view for 3 full days after the broadcast date.

International viewers across the globe (AND BEYOND) will be able to connect on any internet connected device once they have bought a ticket so spread the word far and wide…..!