NIGHT AT THE DISTRICT SIX MUSEUM 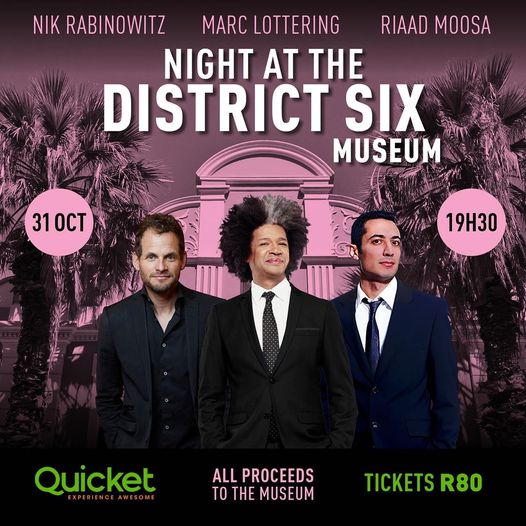 Comedians Marc Lottering, Riaad Moosa and Nik Rabinowitz team up once again to bring you a top class stand-up comedy show. Their alter ego’s Aunty Merle, Aeysha and Beryl have also promised to make an appearance. It’s been more than a decade since these three have been able to co-ordinate their diaries to be in one room, at the same time.

The show will be streaming to you live, from inside District Six Museum. All proceeds go to the Museum.