“Master Harold” … and the Boys 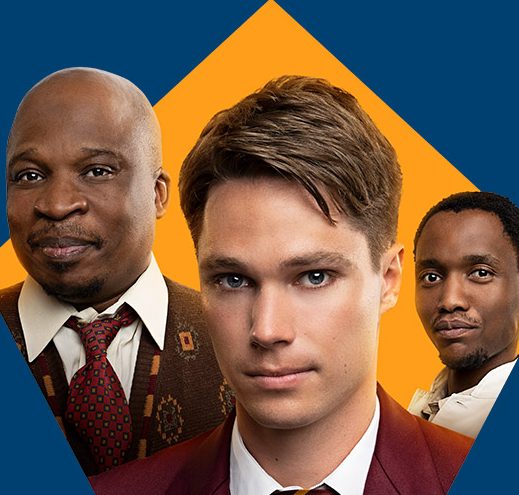 Set in a tea room in Port Elizabeth on a dreary, wet afternoon in 1950, “Master Harold” … and the Boys is a poignant coming of age story and exploration of a friendship between a young white boy (Hally), and the two adult black men he has grown up around (Sam and Willy), against the backdrop of the oppressive, divisive apartheid laws of the time. Although society dictates their education are worlds apart, Sam has helped guide Hally from boy to manhood, educating him about the realities and injustices of the world, while Hally in turn teaches Sam what he has learnt at school. Their friendship has taken on an almost fatherly role for Hally, as he struggles with the strained relationship with his alcoholic father. During their debates and reminiscing on the rainy afternoon, Sam and Willy talk about their dreams of winning a ball room competition – their ‘world without collisions’ – a metaphor for their aspirations and yearning to create a better life for themselves. The peace is broken with the news that Hally’s drunken father is returning home, unleashing an anger in Hally that leads to an unprecedented bigoted outburst.