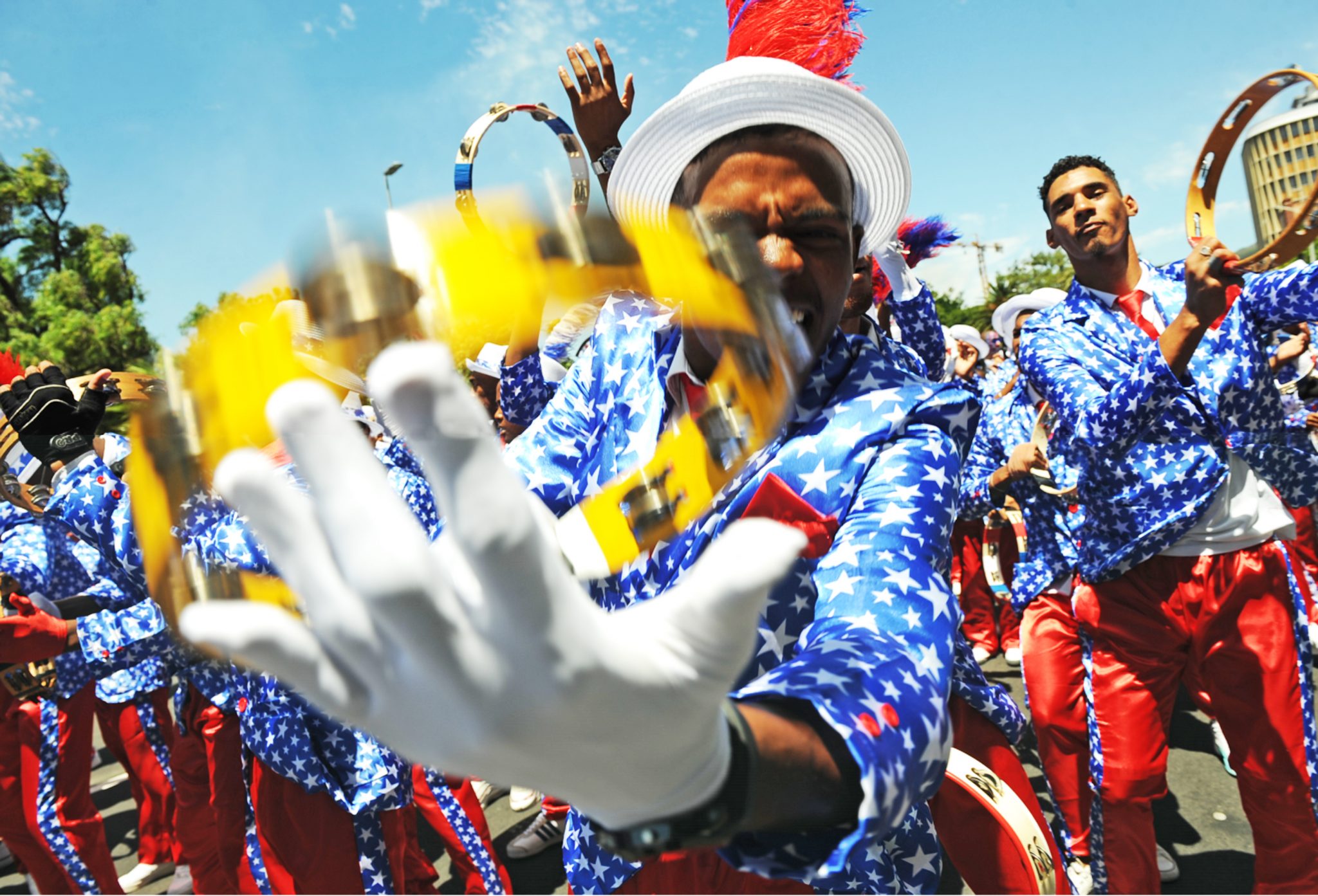 As many as 13,000 minstrels take to the streets garbed in bright colours, either carrying colourful umbrellas or playing an array of musical instruments. The minstrels are self organised into klopse (“clubs” in Kaapse Afrikaans, but more accurately translates to troupes in English). Participants are typically from Afrikaans-speaking, working class “coloured” families who have preserved the custom since the mid-19th century.

People consider the festival a rite of renewal that has been shaped by the Cape’s history. The events that are associated with Klopse in the festive season include competitions for the Christmas Choirs, Cape Malay Choirs and Cape minstrel choirs.

The parade is held in the city center between District Six and Bo-Kaap, passing through the Grand Parade. Just follow the music, you won’t be able to miss it.