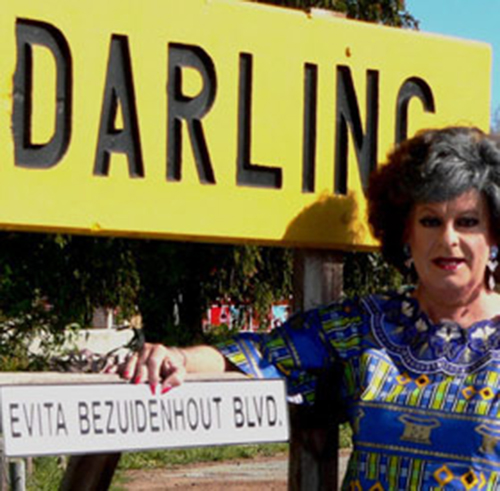 Darling is a small town in a farming area on the west coast region of the Western Cape, about 75 km (46.6 mi) from Cape Town. Darling is a progressive with a good infrastructure and everything necessary to cover your daily needs. The village has its own supermarkets, banks, ATMs, a pharmacy, clinic, doctors, schools and several churches

Explore the town on foot. Browse through the antiques and collectables and visit the interesting craft and gift shops. Enjoy a cup of coffee on the “stoep” of a coffee shop or at a farmstall. Linger a while and watch the locals go by.

The annual rainfall of the area is 600mm. Most of the rainfall occurs from April to the end of August. The mean temperature during the summer is 24 degrees Celsius.

At the beginning of the 18th century about 29 farmers lived in an area called Groenkloof and on one of these farms, Langfontein, Darling was founded in 1853. It was named after Sir Charles Henry Darling who came in 1851 to the Cape as Lieutenant Governor.

1899 by two Swedish settlers, Nils Georg Moller and G. Threnstrom, and was closed in 1950. The museum also holds a collection of large agricultural machines. Darling is famous for its wildflowers and since 1917 the annual Darling Wildflower show is held by the Darling Wildflower Society, founded in 1915 by Mrs. Suzanne Malan and Mr. Frederick Duckitt of Waylands.

Things to do in Darling

Wild Flowers
During spring the fields and reserves in and around Darling explode with colour with brightly-coloured petals in all shapes and sizes. Year after year the Darling Wildflower Show celebrates the species of the Cape Fynbos Kingdom (Renosterveld, Rietveld, Sandveld and Strandveld) as the West Coast becomes one big floral carpet.

Ormonde Private Cellar
Ormonde Private Cellar is situated on the West Coast of South Africa, where the rugged Darling hills roll and fall along the contours of a ancient granite intrusion.
Ormonde Vineyards wines, coming from an exciting new wine region, have great depth and a distinctive bouquets. They are uniquely different – a diffence that has been recognised and awarded with many accolades.

Darling Brew
Darling Brew is one of the most recognisable and highly acclaimed craft beer brands in South Africa, having recently earned the title of Best Local Craft Beer at the 2021 Kfm Best of the Cape awards. The brewery was established in 2010 in the small town of Darling on the West Coast and is officially recognised as Africa’s first carbon-neutral brewery – a bastion of operational excellence throughout the industry

Darling Olives
Darling Olives, not only produce great-tasting olives, but also offer a great tasting experience. For half an hour they will keep you entertained so you can discover their range of delicious products in their tasting room. You can look forward to learning more about how to buy a good olive oil, tasting different styles of olives, jams, oils and even olive chocolate all while enjoying a taste of their two exclusive wines (when in stock.) It is a lovely experience and an absolute taste-adventure (even for non-olive eaters). declared a national demonstration project.

Easter Picnics in the Winelands