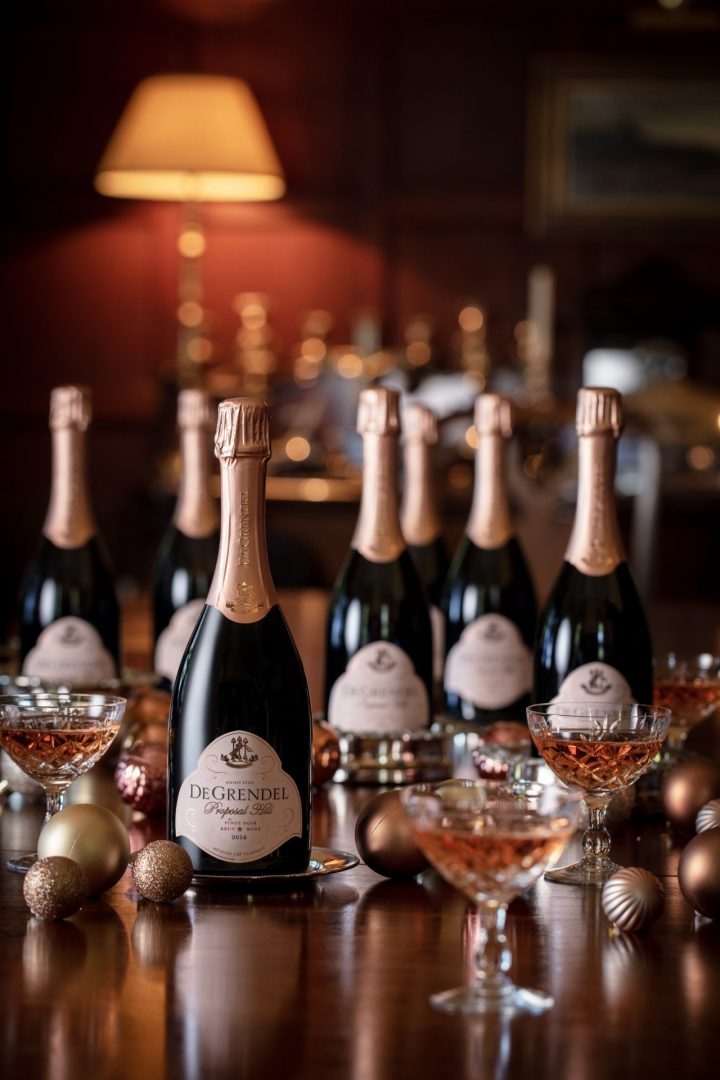 De Grendel celebrates its 300th anniversary this year, marking three centuries of a Cape landmark whose story – and that of its fourth-generation owners, the Graaff family – is deeply woven into South Africa’s history. 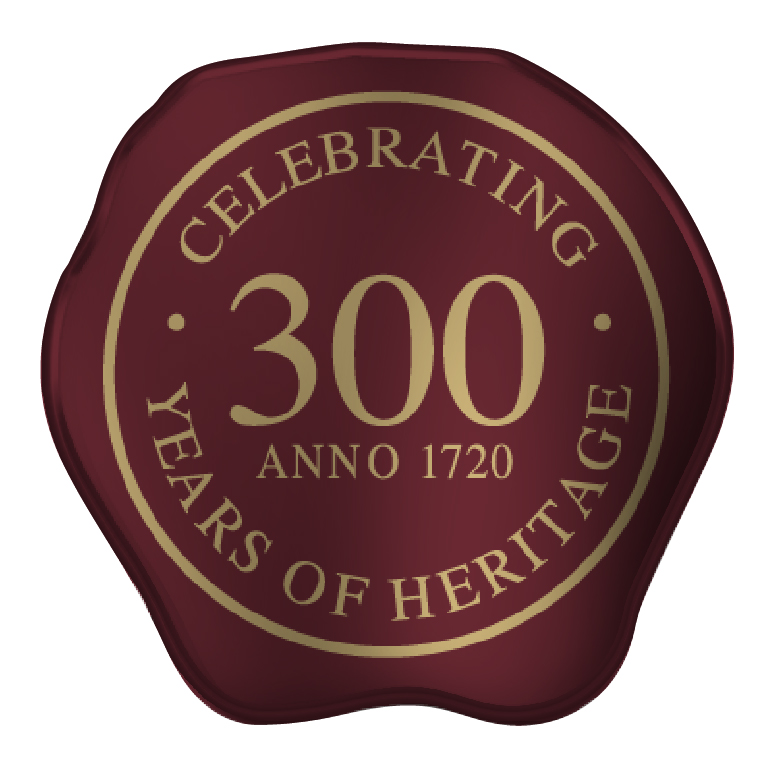 The name De Grendel, originally De Grendel van de Tijgerberg, means “latch” or “lock” in old Dutch, signifying its position as the gateway for farmers and traders from Cape Town over the Tygerberg hills to the inland settlements of Durbanville and Stellenbosch. One of Cape Town’s oldest farms, the land was granted in 1720 to prosperous businessman Claas Meyboom and was bought in 1891 by David De Villiers Graaff, laying the foundations of a family legacy of stewardship of De Grendel and a defining role in the business, political and agricultural landscape of South Africa.

De Villiers Graaff died at De Grendel at the age of 85, in 1999, and was succeeded by his son David De Villiers Graaff as 3rd Baronet and owner of De Grendel. The farm’s history shows that grapes were grown there in the early years but wiped out by the phylloxera plague of the 1890s and it was Sir David who returned viniculture and winemaking to De Grendel in 2000.

De Grendel’s current owner, the 4th Baronet Sir De Villiers Graaff, said the milestone anniversary was a time for both celebration and reflection. 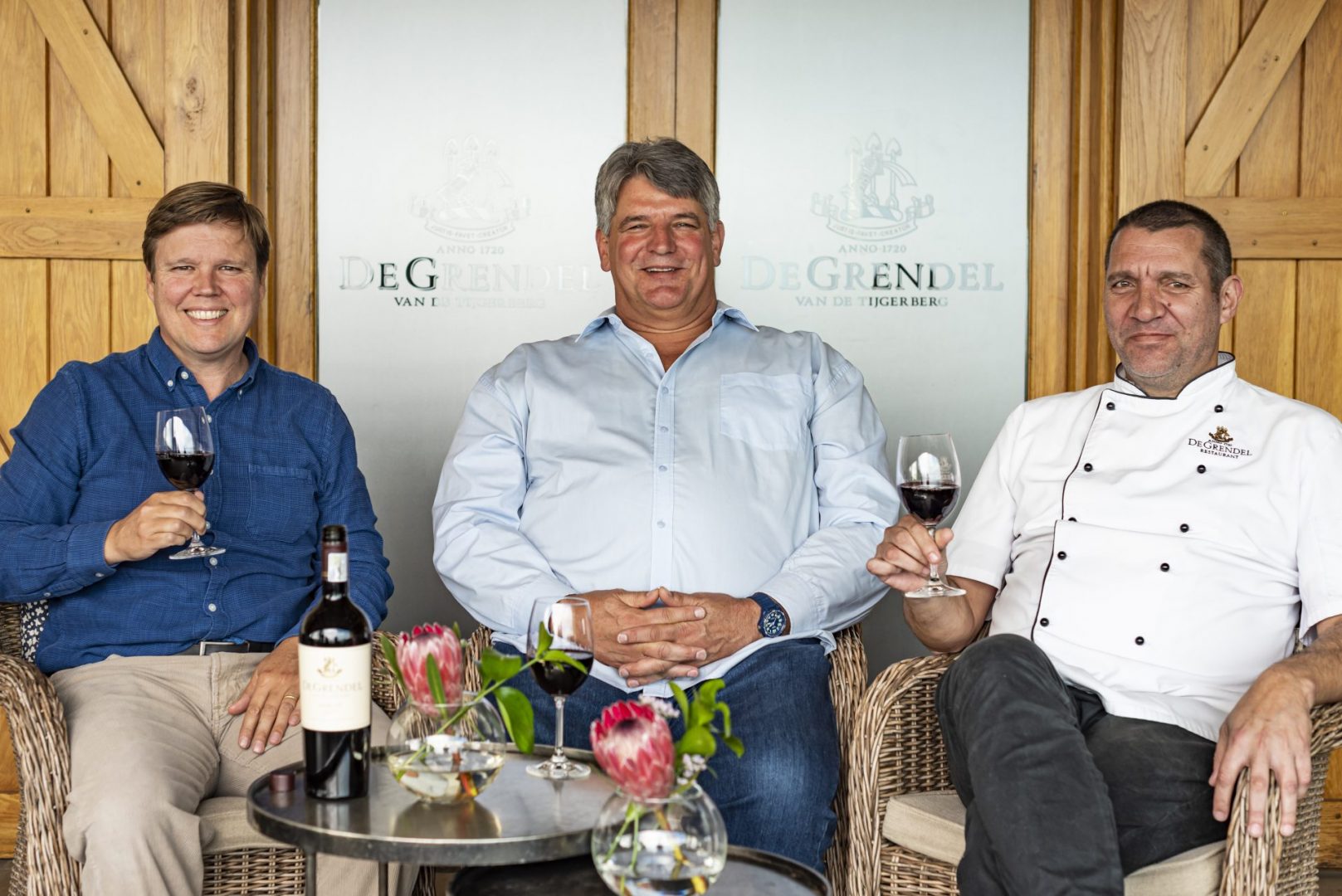 “De Grendel as a farm is 300 years old and as a family we have been responsible for stewardship of this unique piece of South Africa’s agricultural history for more than a century. Each generation has made its own mark and brought something new to the farm, as we strive to conserve the legacy and the environment while also looking to the future.

“Our vision and our responsibility is to continue building De Grendel as a sustainable and successful enterprise at the centre of a community of all who live and work here, with some of the staff having roots on De Grendel stretching back five generations,” he said.

De Grendel today is a rural retreat in the midst of urban sprawl, stretching out over some 300 hectares of the fynbos-covered Tygerberg Hill at 350m above sea level, commanding sweeping views across Table Bay to Table Mountain, and is the entry point to the Durbanville wine route. 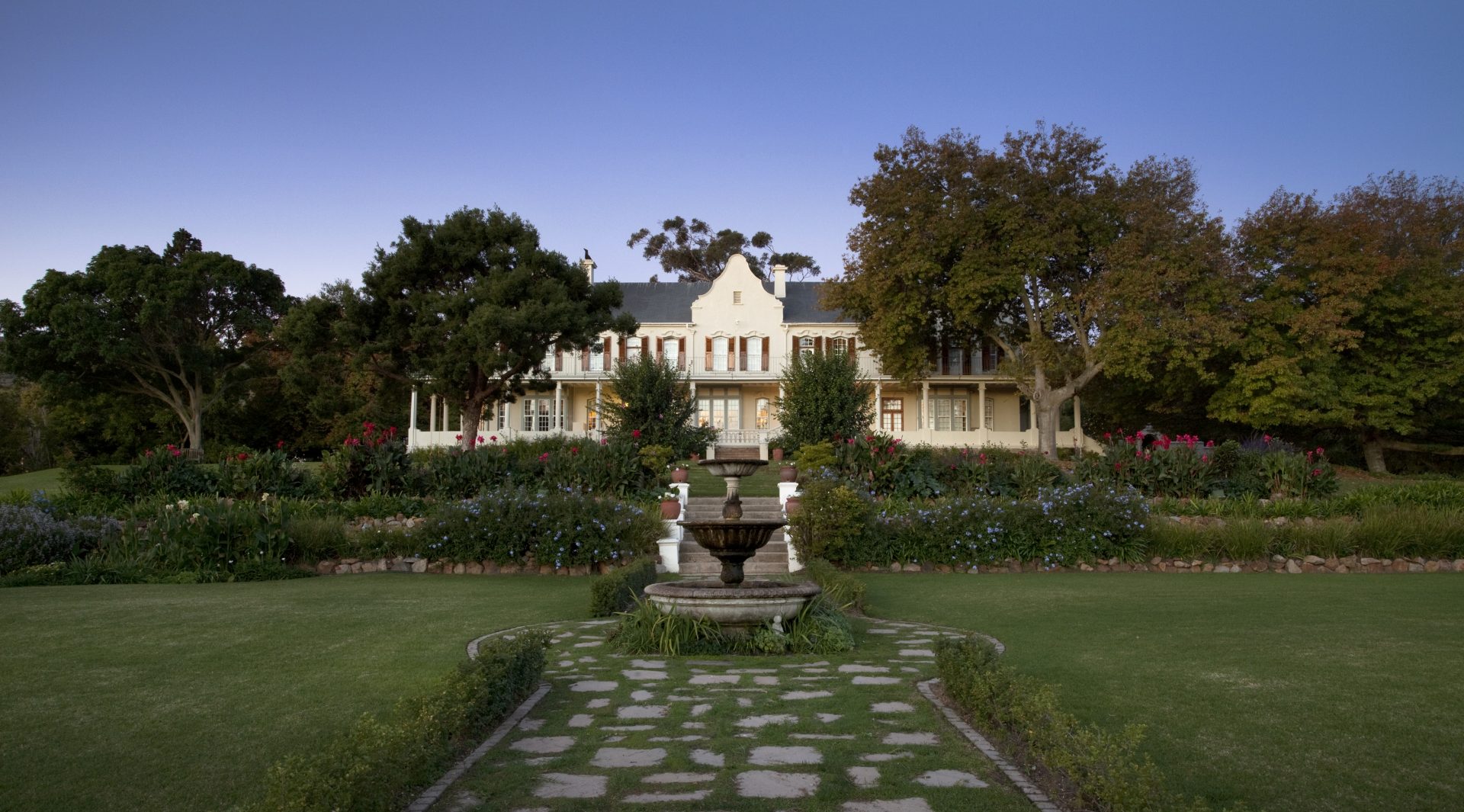 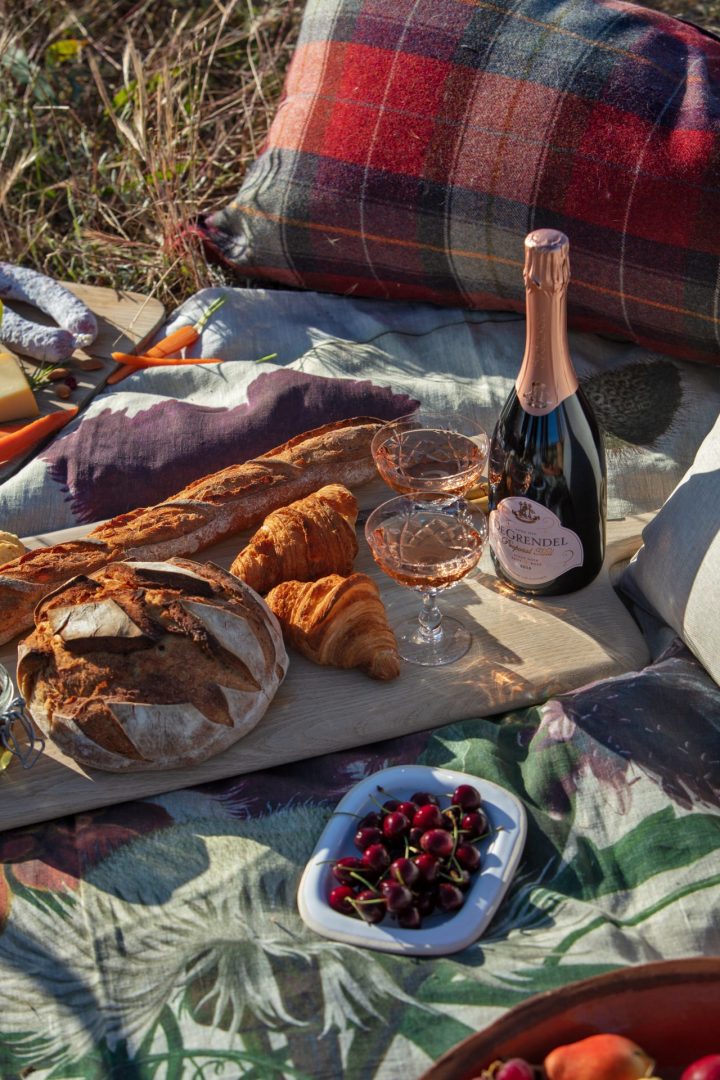 A love story, a family legacy, a noble title, a small hill on a historic farm looking across the ocean – all these are entwined in the story of the new De Grendel Proposal Hill Brut Rosé, an elegant vintage Pinot Noir Cap Classique released to mark the 300th anniversary of the landmark Cape farm.

In 1939, on a koppie with a clear view from the Tygerberg hills across Table Bay to the city of Cape Town and Table Mountain, framed by the setting sun, the young Sir De Villiers Graaff proposed marriage to his beloved Ena, who thus became the distinguished Lady Graaff.

Their marriage lasted 60 years, through Sir De Villiers’ service in the Second World War and as the longest-serving opposition leader in Parliament amidst the turbulence of South African apartheid-era politics, until his death in 1999. That koppie has been known ever since as Proposal Hill, and their love story inspired the naming of De Grendel’s new celebratory Cap Classique.

The maiden vintage Proposal Hill Brut Rosé 2016 is made from 100% Pinot Noir grown on the western slope of the Tygerberg hill on De Grendel, overlooked by the original homestead built by the first baronet Graaff, the vines enjoying the same view that Sir De Villiers and Lady Graaff treasured all those years ago.

These eight- to 10-year-old vineyards, cooled by the Atlantic Ocean breezes, are an ideal site for the Chardonnay and Pinot Noir grapes that go into making De Grendel’s acclaimed Cap Classique Brut, with the same Pinot Noir grapes now also going into

The whole-bunch-pressed juice for De Grendel Proposal Hill Brut Rosé 2016 was kept on the full lees for 120 days after initial fermentation and underwent malolactic fermentation in that time, which makes the wine unique due to the cooler growing conditions and higher acidity. The wine then underwent second fermentation in bottle, where it was matured on the lees for 24 months before disgorgement.

Complex and with a weightier palate than the average sparkling wine, this bone-dry rosé has a fine and persistent mousse introducing hints of oyster shell and fresh lavender on the nose. Intense strawberry coulis and black cherry flavours are well-balanced by firm acidity and linger in the exceptionally long finish. 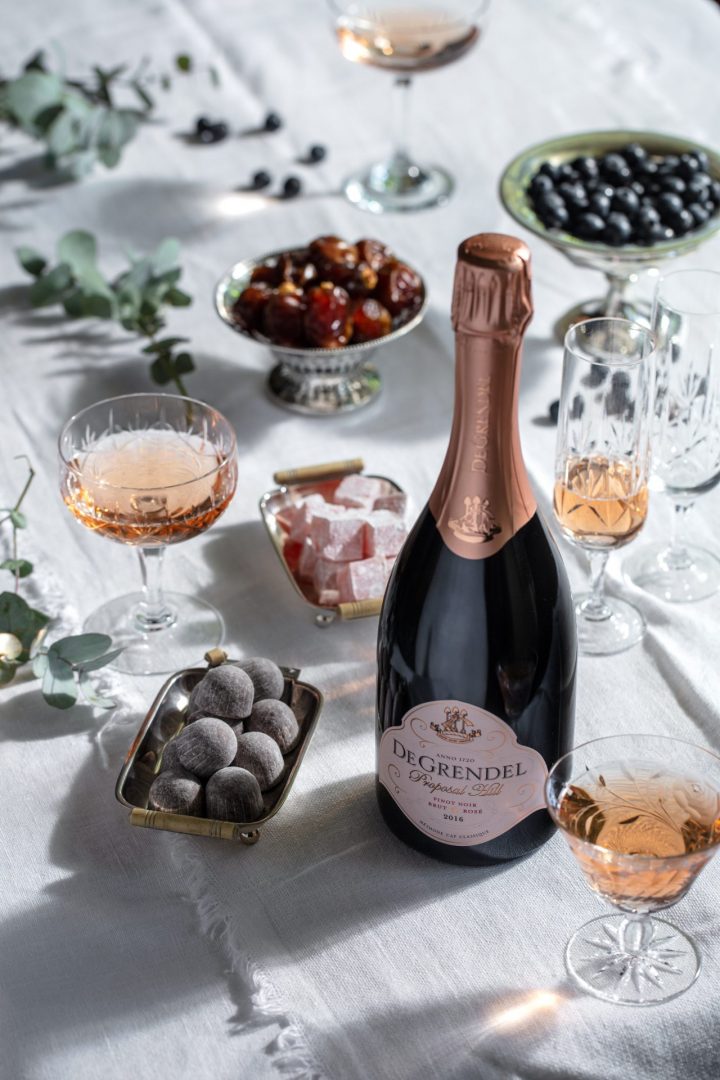 Proposal Hill Brut Rosé 2016 makes an ideal welcoming drink with canapés for summer celebrations and festive occasions, or to add sparkle to al fresco meals, a picnic or garden party. It makes for enjoyable sipping on its own as a sundowner with good company, and its fine bubbles and intense flavour will awaken the palate for pairing with food.

Proposal Hill Brut Rosé 2016 is currently available at R280 from the De Grendel online shop at www.degrendel.co.za/collections/our-wines and the De Grendel tasting room and restaurant. The wine will be available nationally in retail and hospitality from 2021.