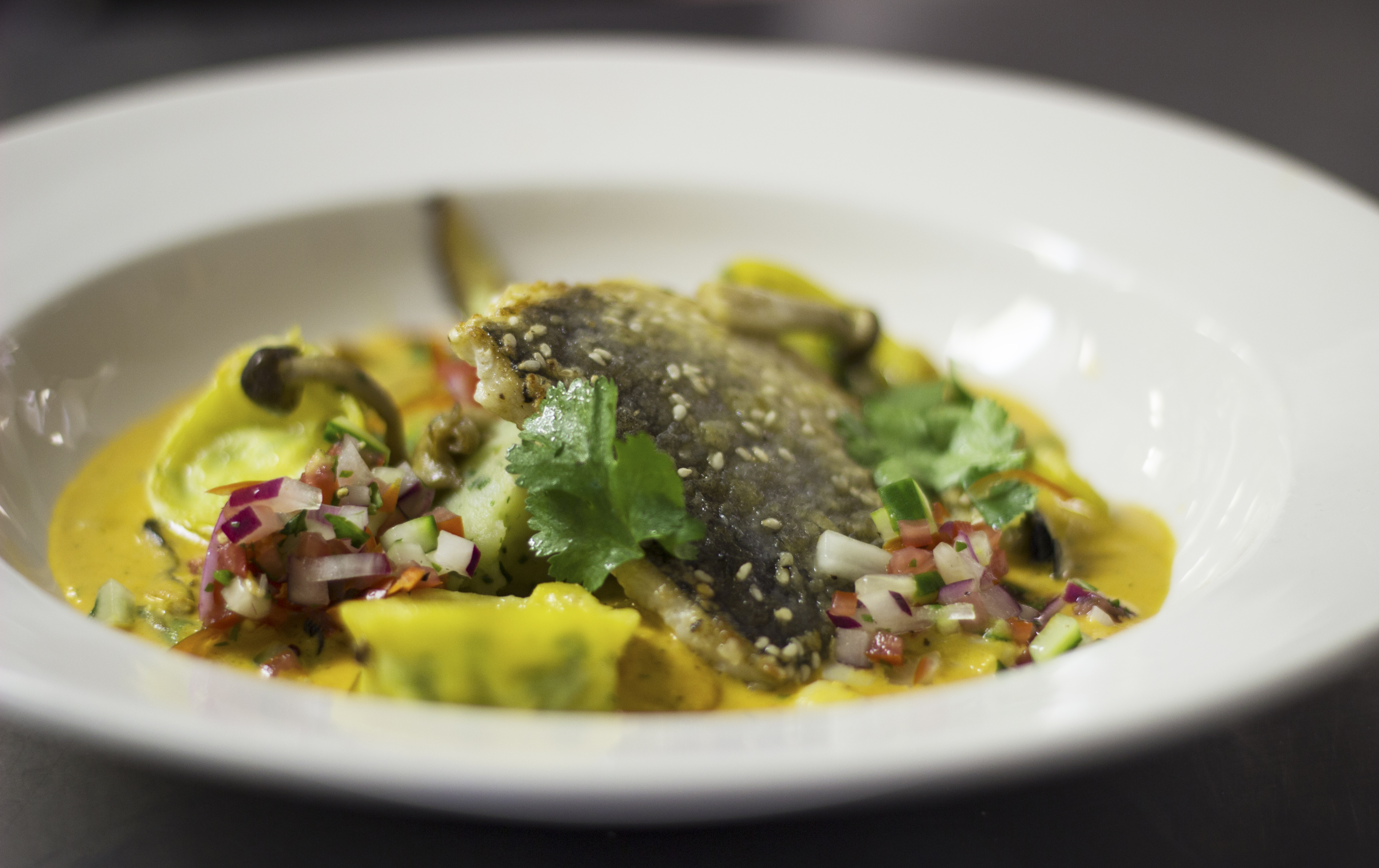 in We've been to

For one morning the kitchen at the Cape Town Hotel School turned into an Iron Chef kitchen with 5 stations, headed by some of the best hotels chefs of the city and the winelands. It was exciting, it was quick, it was thrilling and the smells were heavenly for any foodaholic. But let’s start from the beginning.

WWF/SASSI South Africa, the Southern African Sustainable Seafood Initiative (SASSI) was established to drive change in the local seafood industry by working with suppliers and sellers of seafood, as well as informing and inspiring consumers to make sustainable seafood choices. Since 2004 they try to maintain contact with every chef, restaurateur and fishing company. SASSI aims to promote sustainability of seafood in order to keep our ocean balanced and to do it all while giving a palate of possibilities and direction of how to enjoy the fruits of the sea. 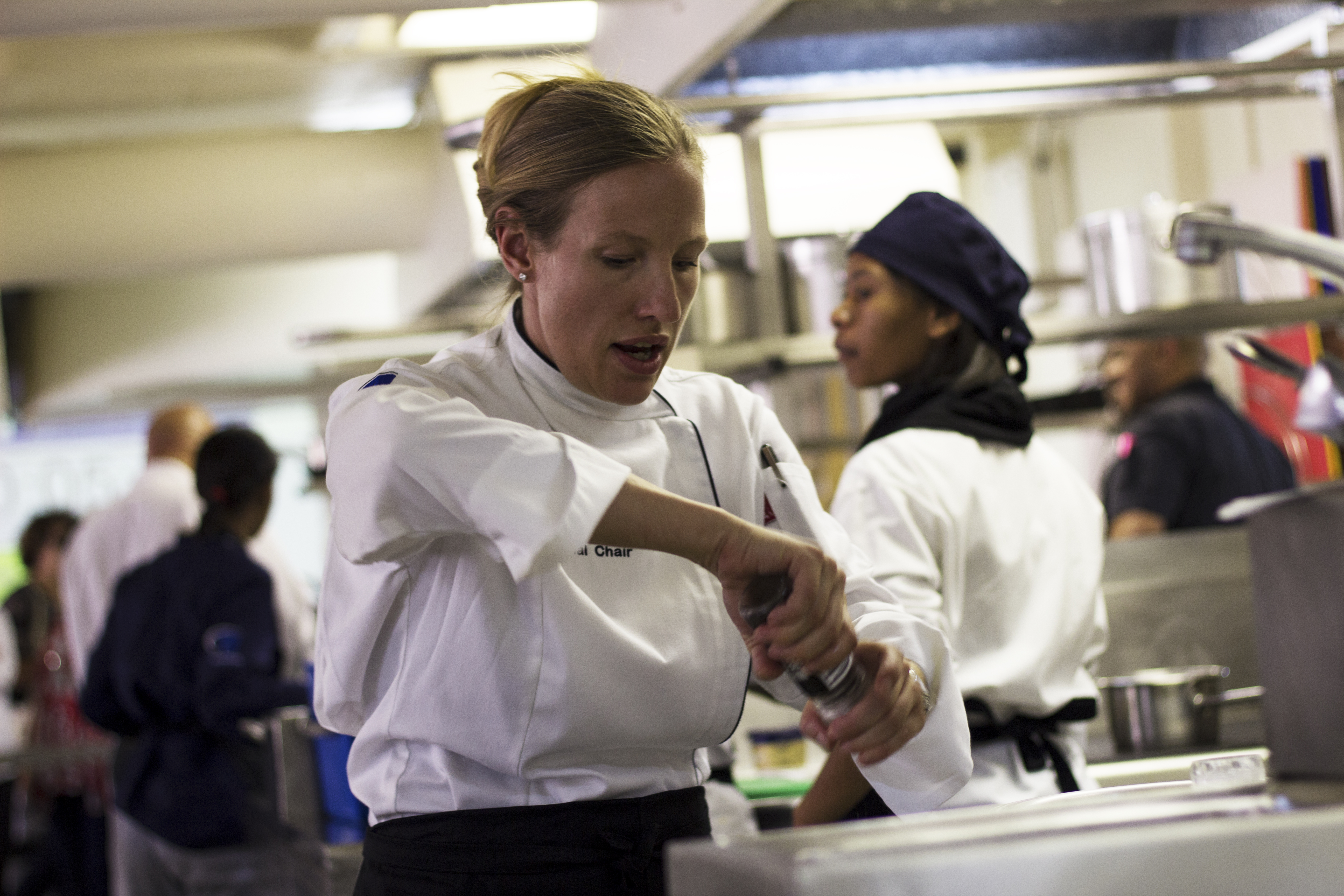 Their success is with every Capetonian in the food and tourism industry knowing the ‘Seafood Green – Orange – Red list’ and adhering to it. This year they’ve taken a new step in educating the tourism industry launching a cook-off competition to show and share with each other what some of the big names in the Cape Town gourmet scene are able to deliver. 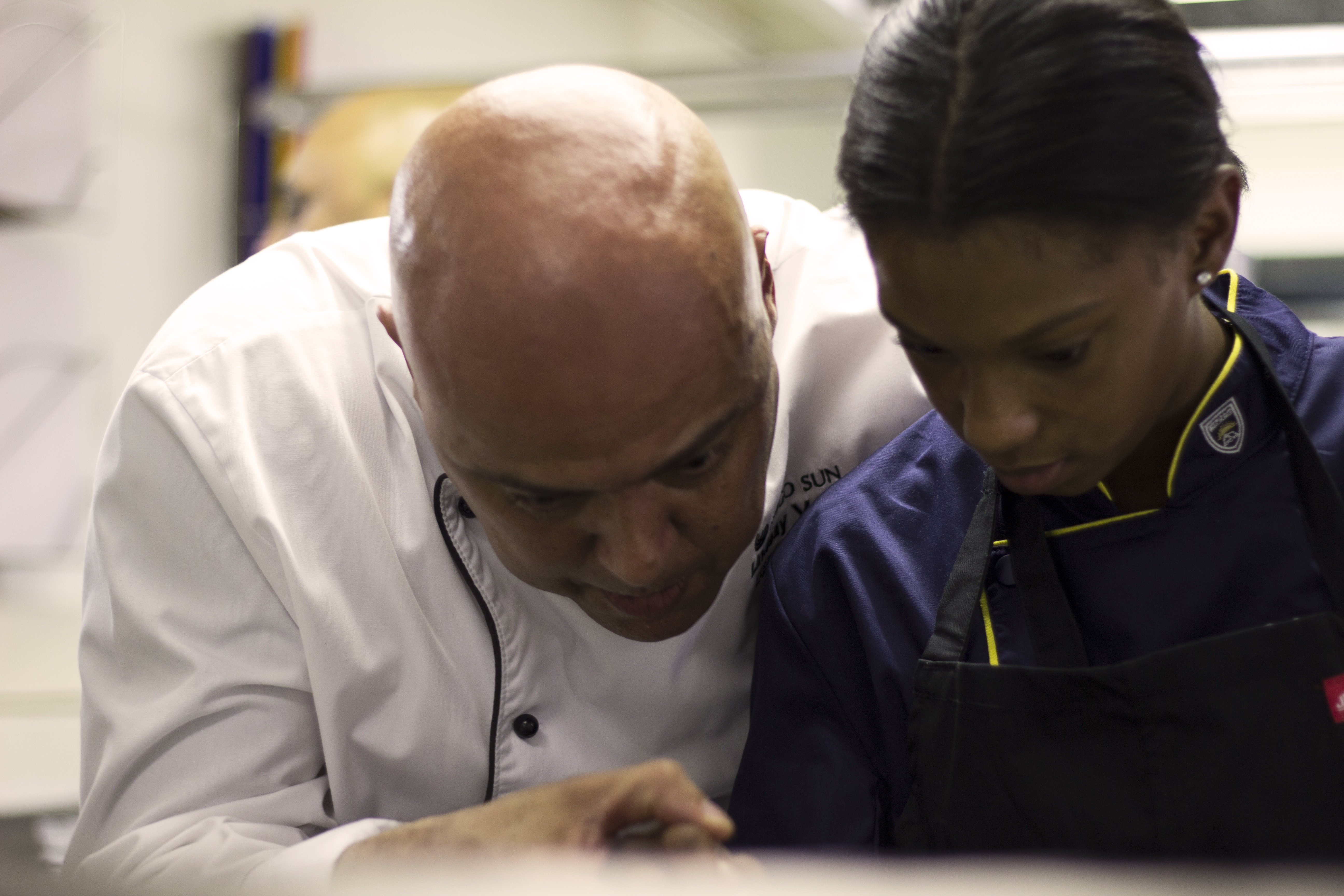 FEDHASA Cape, the local brunch of the national trade association for the hospitality industry that includes accommodation and catering sectors (est. 1949) was asked to help by showing example and enrolling the figures among our chefs. And they came. To show, to learn, to teach and to share their creativity and love for sustainability and fine dining. Showing us all what can be achieved. 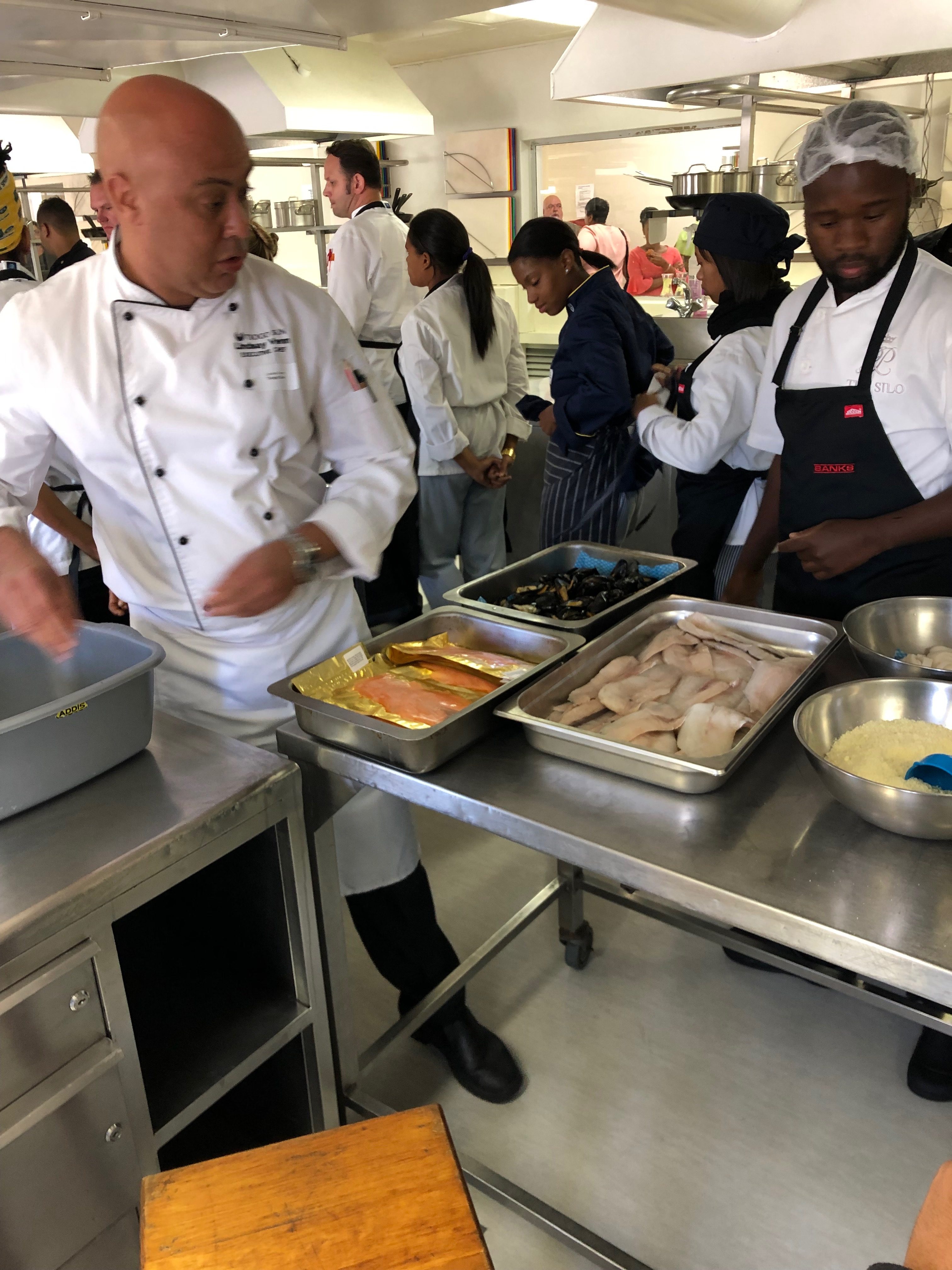 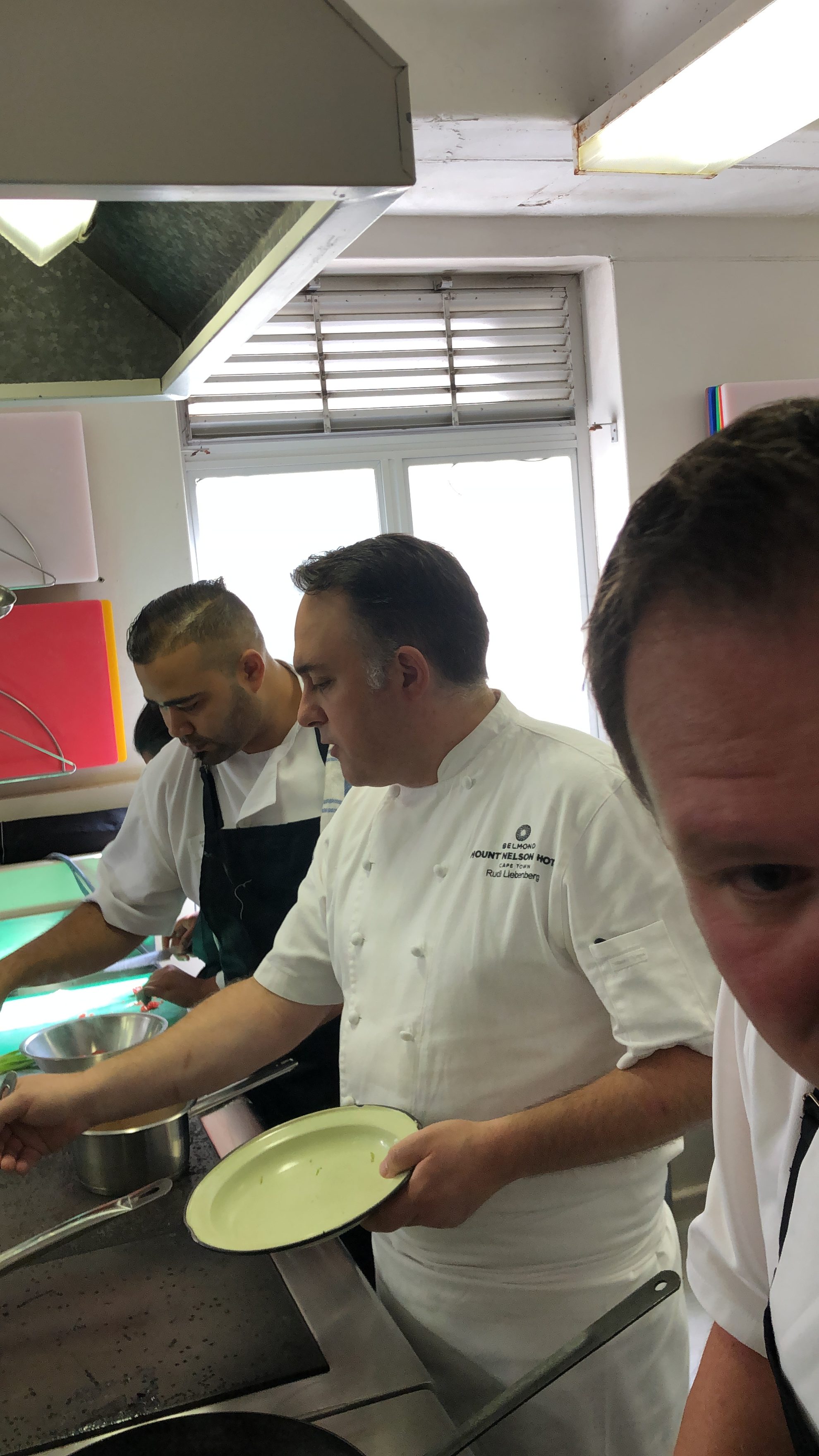 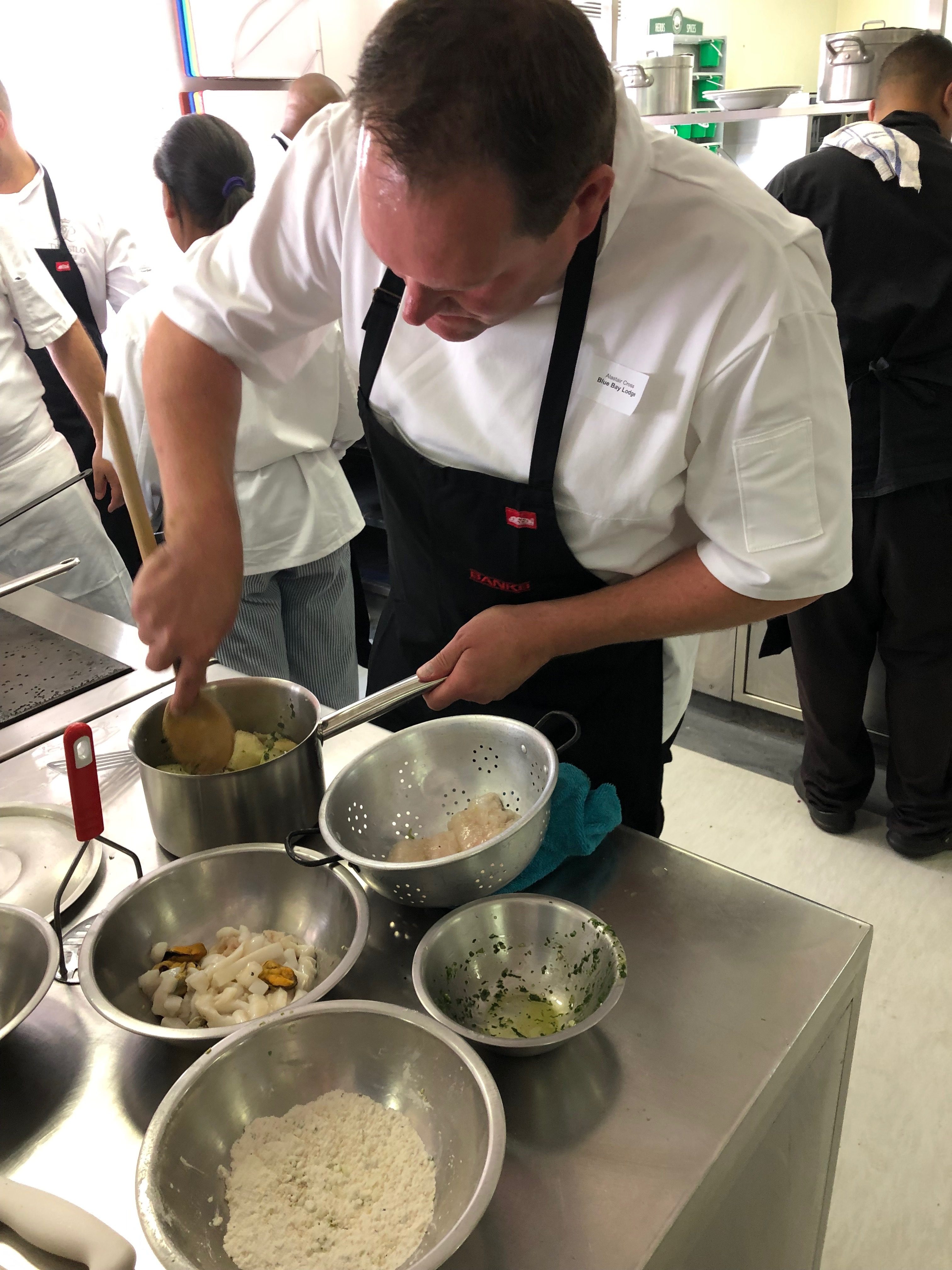 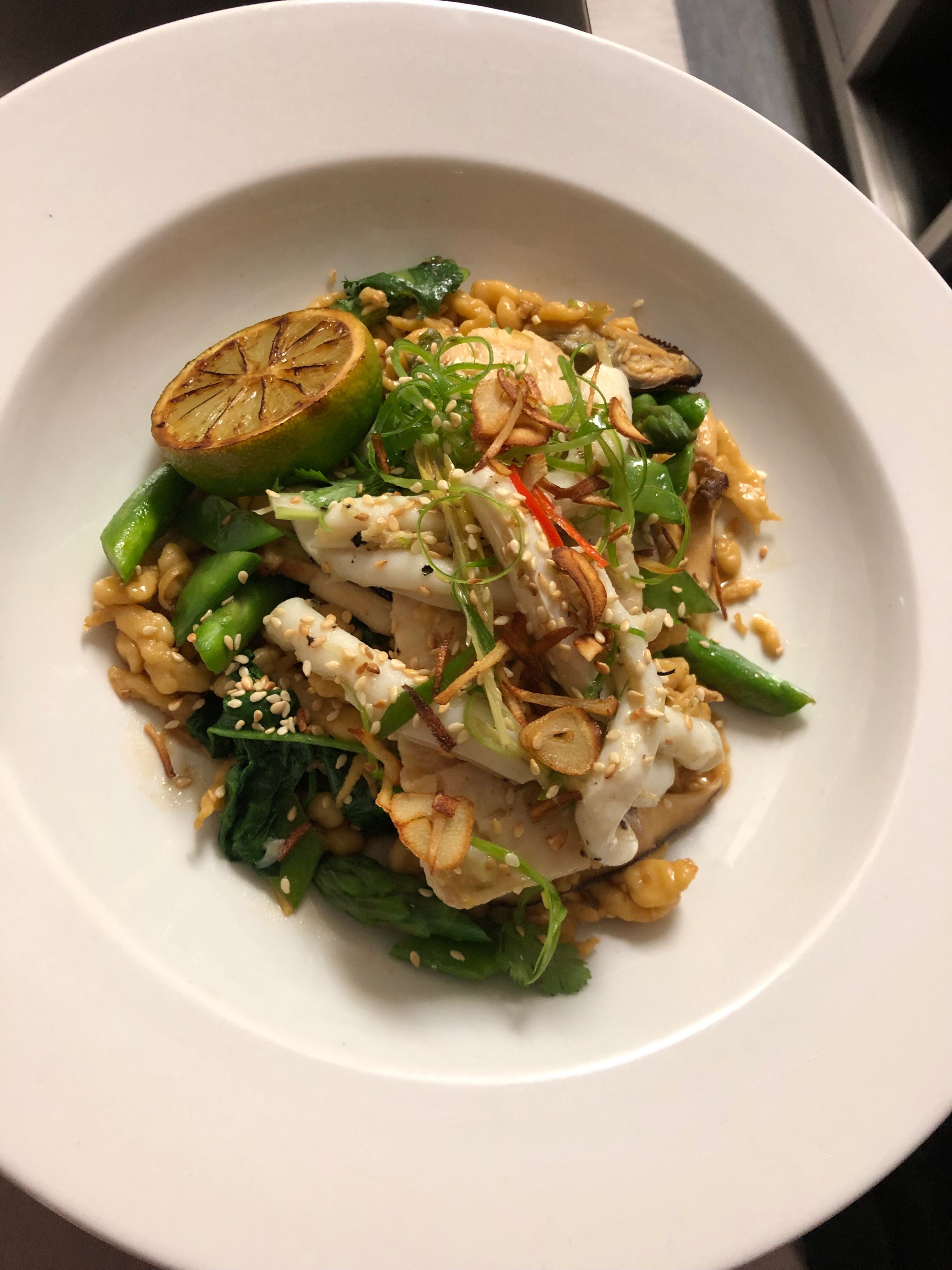 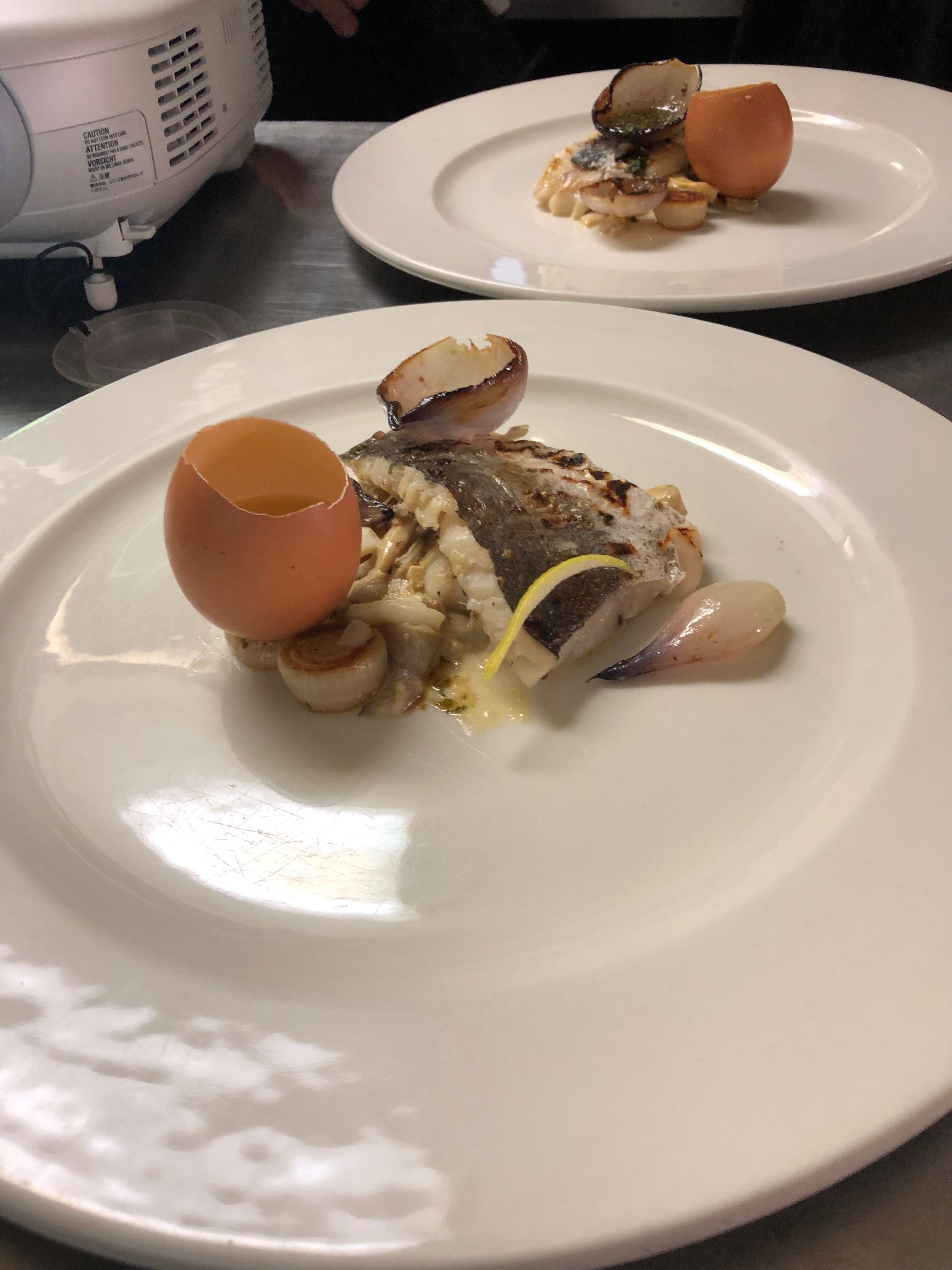 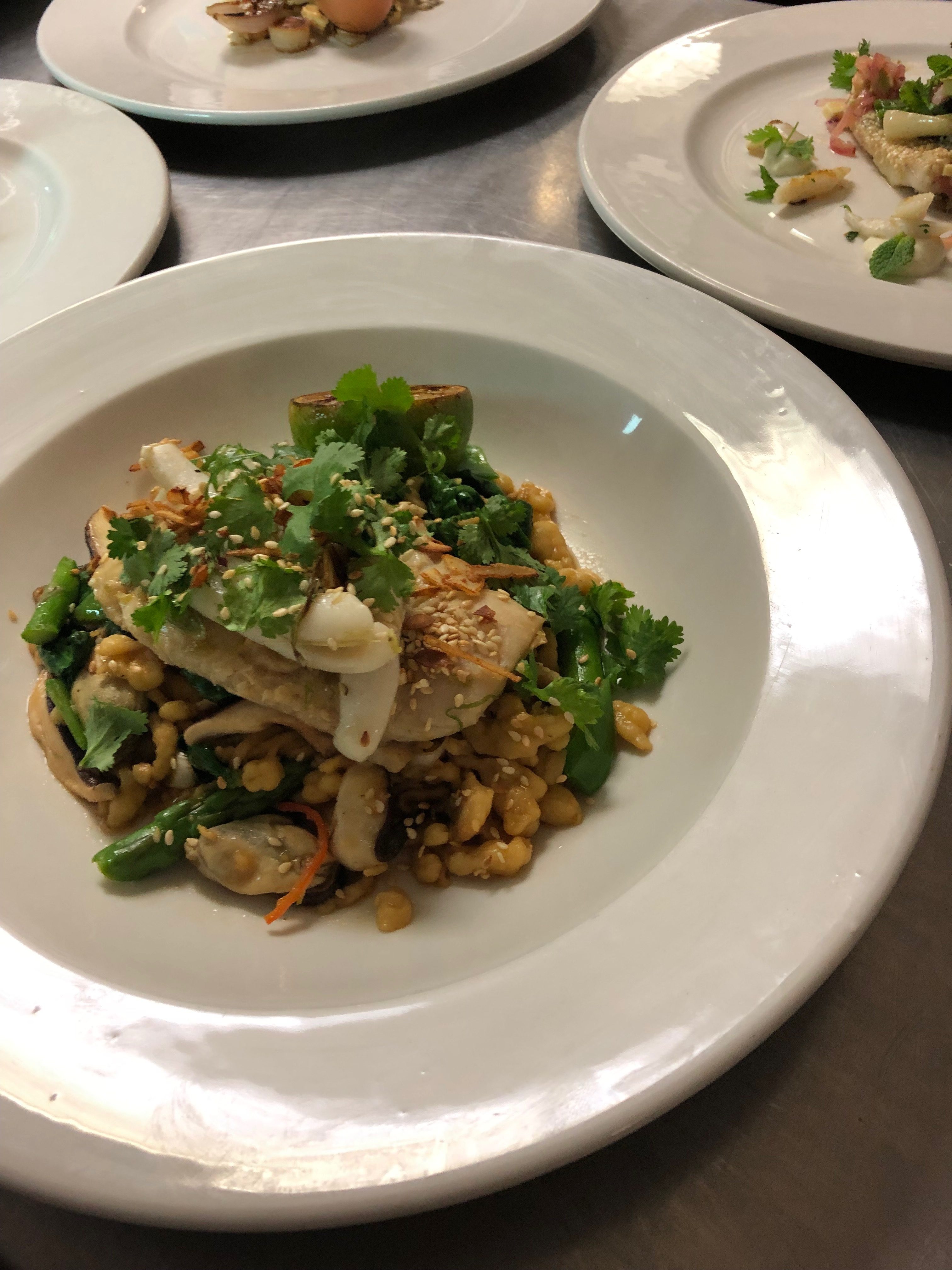 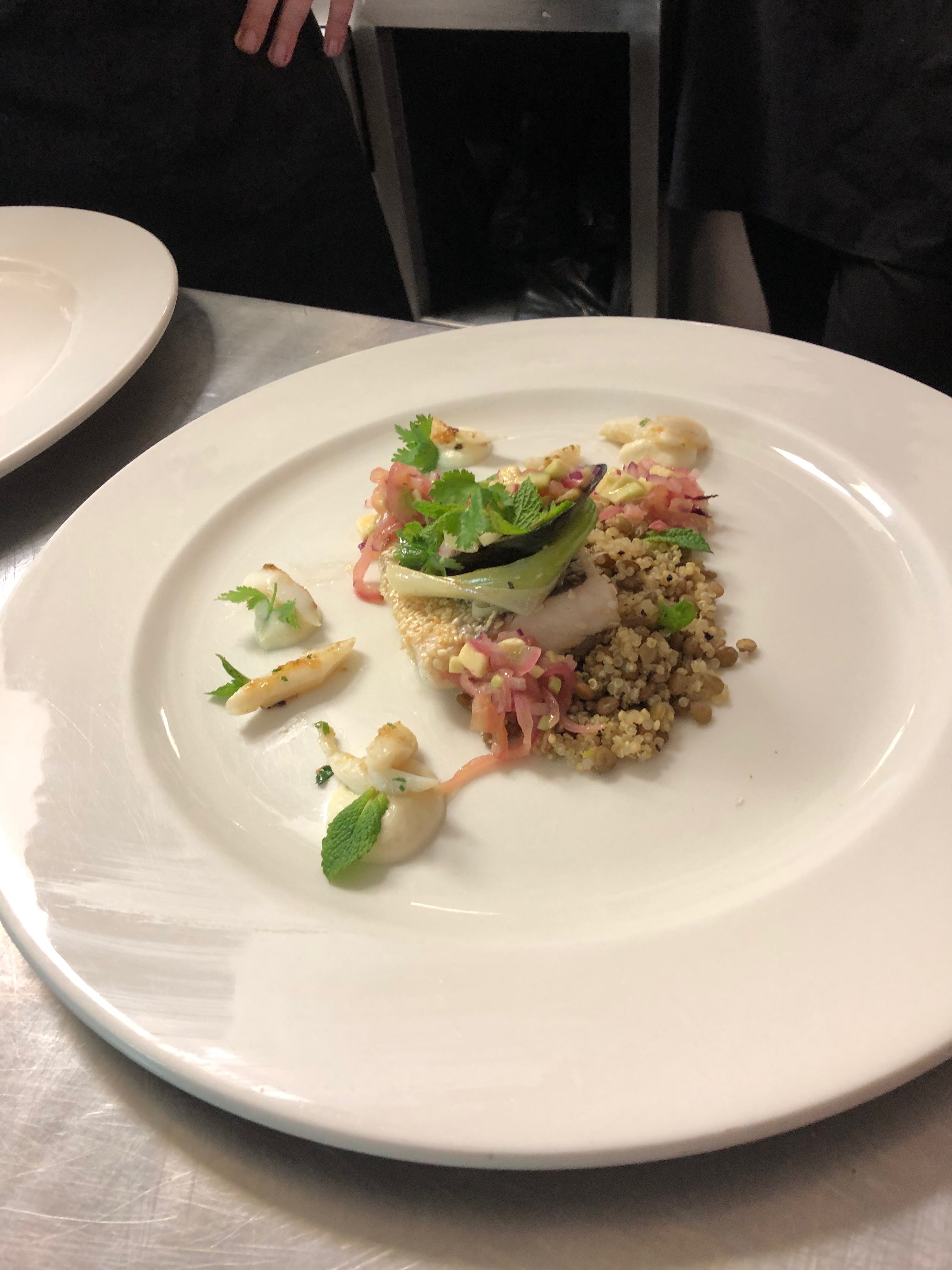 The big names doesn’t end yet. The 4 judges, each a South African caliber chef, took upon themselves the daunting task of sampling what we could only smell. Those were Chef Carl Van Rooyen from The Vineyard hotel, Chef Pete Goffe-Wood, Chef Jason Whitehead and Chef Nadine Pospech. 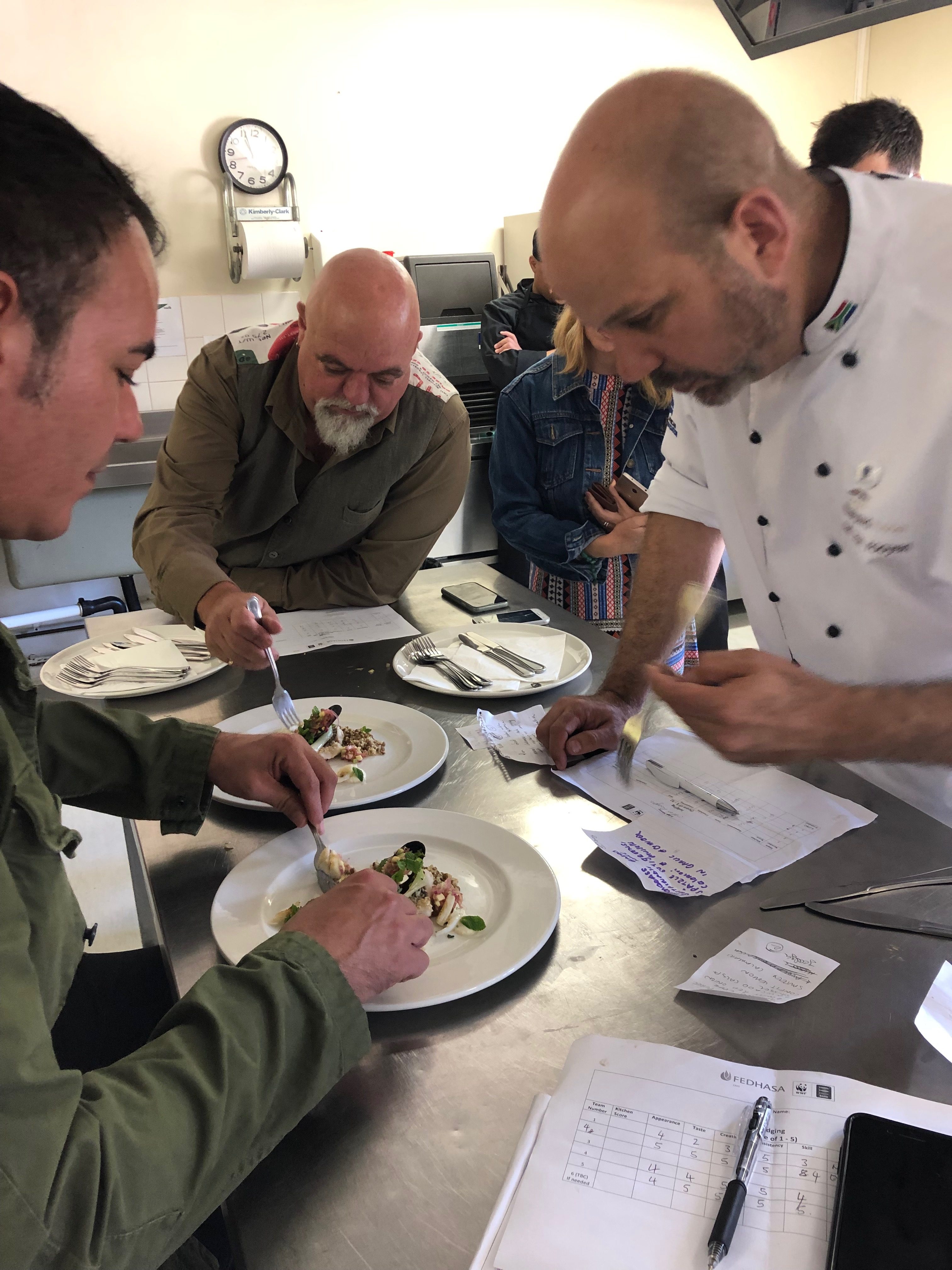 We took the time to name them all since these chefs are committed to delivering sustainability on your plate while keeping high standards and the integrity required with fine dining and nothing short of it.

All cookware for the competition was provided by Banks Kitchen shop and later donated to the Mitchell’s Plain School of Skills. Products supplied by Checkers.