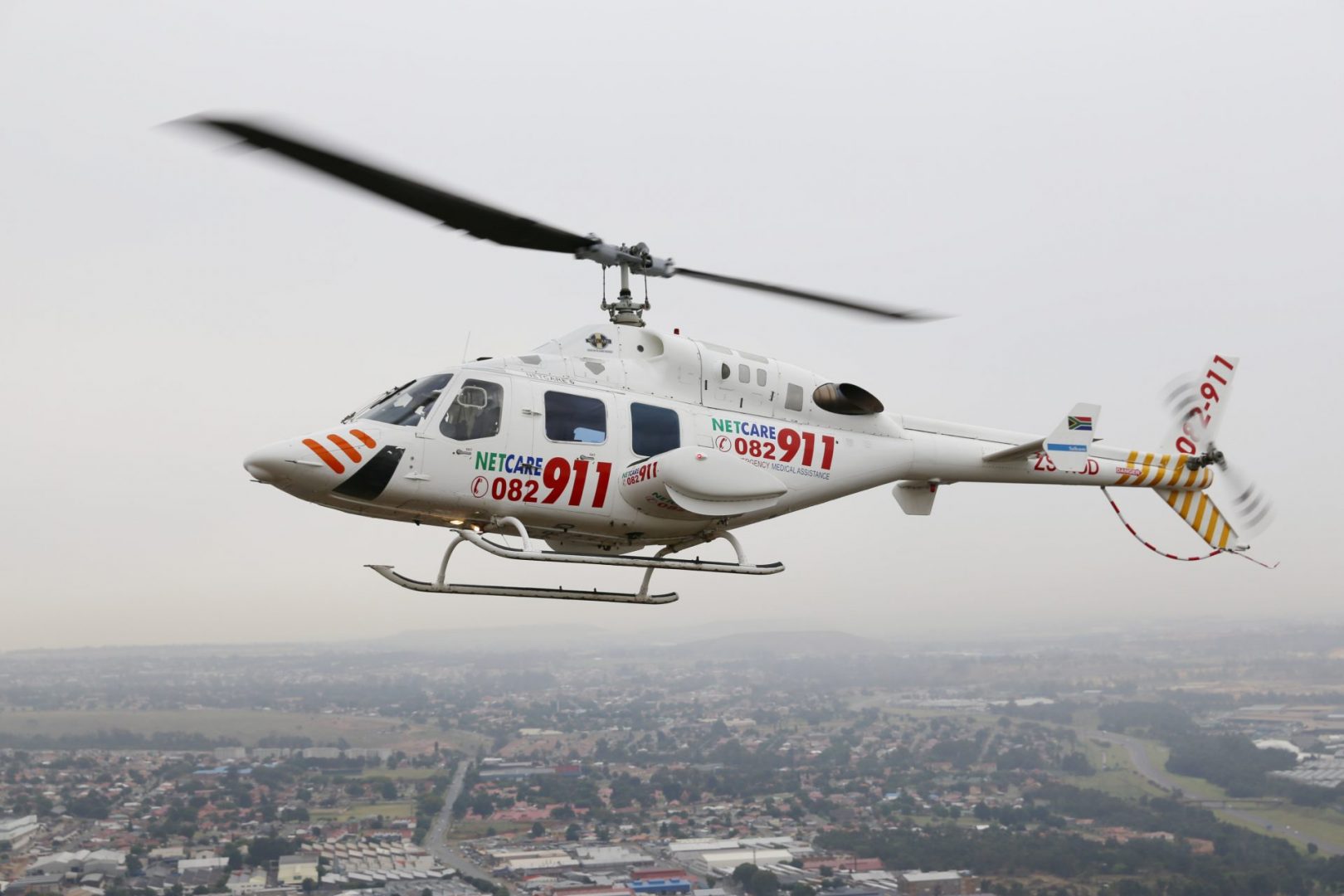 “Not only has Netcare 911 marked this milestone in its service to the community but also that the HEMS, which is popularly known as the ‘Angels of Mercy’, has now flown more than 10 000 missions,” says David Stanton, head of clinical and education of Netcare 911. “These achievements bring home to us, the many critically injured or ill patients whose lives we helped to save, highlighting the immense contribution the service has made within our country over this time.”

According to Stanton, the person who was assisted in the milestone 10 000th HEMS flight was a seriously injured gunshot victim from the Pretoria region, who required urgent transfer to, and medical intervention at, a hospital with an appropriately equipped trauma centre where he could receive the highly specialised medical care necessitated by his injuries. This was done successfully and the patient is recovering well in a Johannesburg hospital.

Netcare 911 currently operates 24-hour HEMS bases in Gauteng, KwaZulu-Natal and the Western Cape. Its aircraft fleet includes Bell 407, Bell 222 and Bell 430 helicopters, all of which are fully configured to enable ICU level of care to all patients. Fitted with the latest in diagnostic, ventilation and monitoring equipment, the emergency medical crews are able to continue providing care at an ICU level throughout the patient’s transfer to hospital.

Stanton says that with a dedicated team of experienced pilots and emergency care practitioners, the HEMS helicopters are deployed to reach the scene of an emergency in the shortest possible time to provide the highest level of pre-hospital emergency care to patients, thereby giving them the best possible chance at recovery. These may include patients who have been seriously injured in road or other accidents, or who have had a life-threatening medical emergency such as a stroke or heart attack.

“Having HEMS as an integral part of our nationwide emergency medical service means that we can swiftly reach patients in metropolitan and outlying areas, including the most remote locations. In cities, for example, traffic is often gridlocked and a helicopter can reach a critically injured patient much quicker than a response car or an ambulance to commence life-saving treatment. Once patients are stabilised the helicopter can fly them to the most appropriate hospital very quickly for further specialised care,” explains Stanton.

In addition to being on standby for medical emergencies, the HEMS air ambulances are also used to expedite the safe transfer of critically ill adults and infants between hospitals for specifically required treatment.

“With a strong focus on clinical excellence, the performance of our teams is measured on multiple factors, including response and scene times and pain management. Cases are reviewed and discussed regularly to ensure that patients receive the best and safest care at all times.

“The Netcare 911 HEMS, which has been operational since 2005, assists us to reach more South Africans in their time of greatest need and there is no doubt that it has saved many thousands of lives. Flying with experienced medical crews, the best medical equipment available, supported by Netcare 911’s world-class national emergency operations centre, and with oversight from a team of medical specialists, the service forms an integral part of Netcare 911’s vision of delivering the best and safest care to the people of South Africa,” he adds.

Netcare’s general manager: emergency, trauma, transplant and CSI, Mande Toubkin, congratulated the Netcare 911 HEMS team on their 15th anniversary and achieving its “remarkable milestone” of 10 000 missions, and says it has been shown internationally, that taking severely injured patients to an appropriately accredited trauma centre, and doing so in the shortest possible time, improves medical outcomes.

According to Toubkin, one of the benefits of having the Netcare 911 HEMS teams as part of the broader Netcare Group, is that it ensures that fully integrated, continuous care can be provided from the scene of an emergency to an appropriate hospital and emergency department. This supports Netcare’s vision of providing an inclusive multi-disciplinary emergency and trauma system across the Group’s pre-hospital emergency services, hospital emergency departments and hospitals that can provide each patient with the best and safest care aligned to their medical needs.

“The Netcare Group’s resources and support are always available to the Netcare 911 HEMS service. This makes it possible for us to provide the highest levels of medical services to patients whether on the scene of the emergency, including on-site surgical interventions and complex inter-hospital transfers when required. The latter has included transfers with the ECMO [extracorporeal membrane oxygenation] life-support system, explains Toubkin.”

“Netcare 911’s ’Angels of Mercy’ have proved to be a most valuable lifeline to patients in their time of greatest need over the past decade and a half. We look forward to being of service to South Africans for many more years to come,” concludes Stanton.