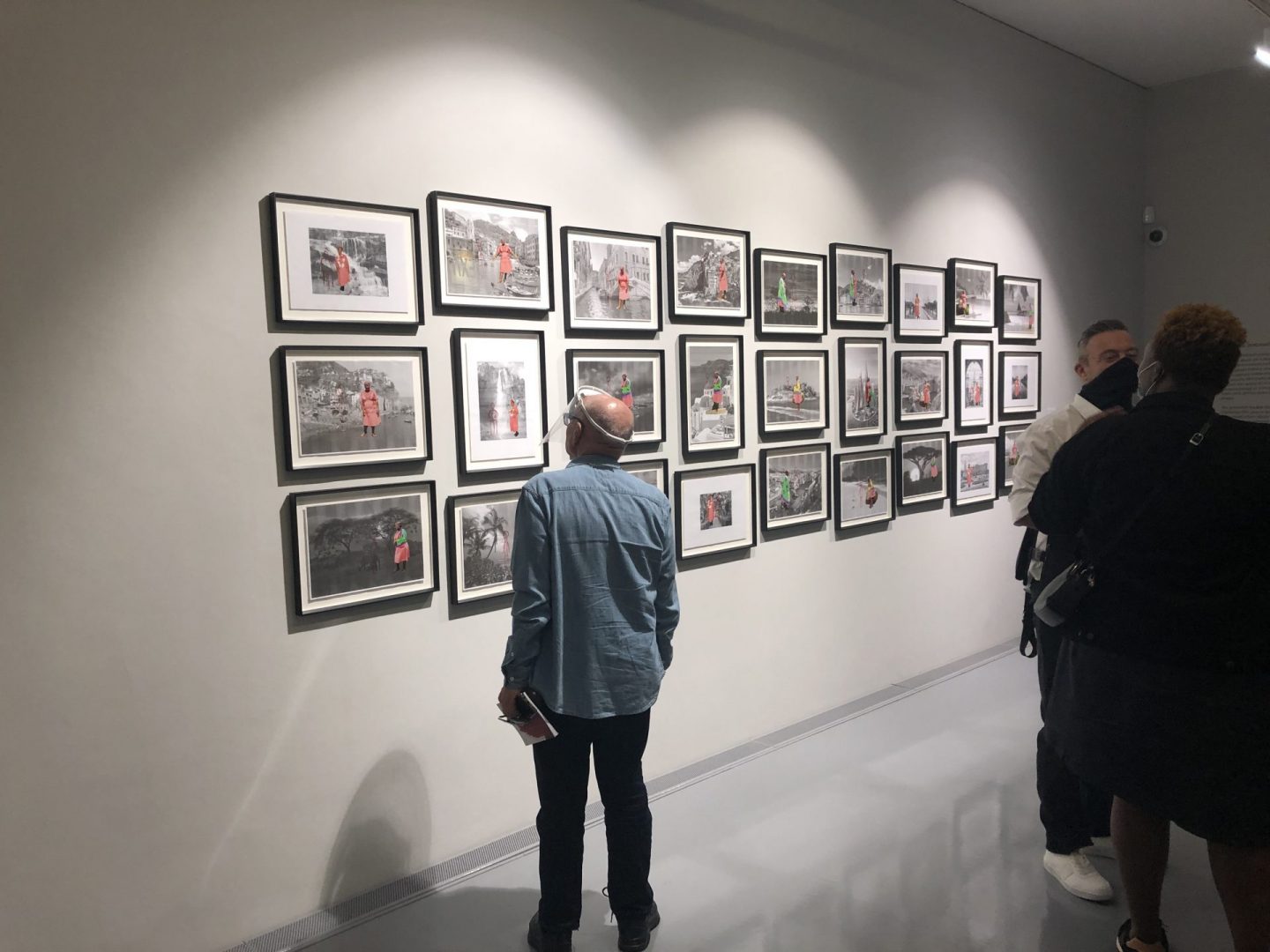 Zeitz Museum of Contemporary Art Africa (Zeitz MOCAA) is back on track with an African feminine statement that echoes through generations and traditions.

Presenting ‘Waiting for Gebane’, the first museum solo exhibition by artist Senzeni Marasela. The exhibition centres around Marasela’s fictional alter ego, Theodorah, whom the artist based on her mother.

Marasela, who was born in Thokoza, South Africa, is an artist whose mediums include photography, video, prints, textiles and embroidery. Her work deals with history, memory, and personal narrative, and emphasises historical gaps and overlooked female figures. 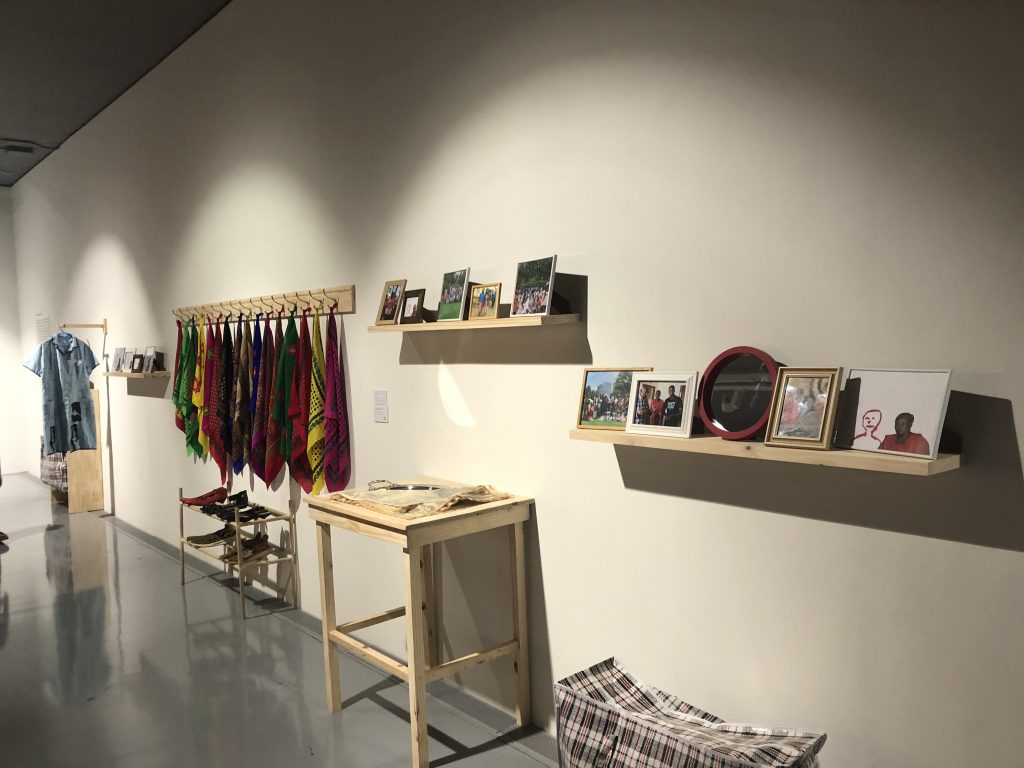 The exhibition background story starts with Theodorah’s husband, Gebane Hlongwane, which leaves her in the rural town of Mvenyane in the Eastern Cape to look for work in Johannesburg, he gives her an ishweshwe dress. In Xhosa culture, this garment signifies her married life. Theodorah holds onto this dress, wearing it every day to show her faithfulness to her husband. When he does not return after many years, Theodorah leaves home to search for him.

The politics behind the dress fabric given to Theodorah by her husband is what the exhibitions is all about.

It’s about women of the old traditions waiting under surveillance of their neighbours and newlywed family with no ability to proceed into the life they planned ahead. Being kept on hold for years, some for lifetimes, with obligations but without outcomes.

The exhibitions is not about finally finding the men. It is to highlight and commemorate the wait. The salient wait and scarify of youth forced upon young women with the late Winnie Mandela, wife of Nelson Mandela RIP, being the most known of them all.

Working almost exclusively in red, Marasela traces this personal and collective experience of womanhood through Theodorah. She begins with her grandmother’s generation, documenting the period of ‘red dust’ from the early 1900s, when black daily life in South Africa was characterised by disruption and conflict. The red dust refers to a period of severe drought; kicked up by the movement of horses and people, in particular black men from the rural areas of South Africa, who were conscripted to fight in the Second World War or were sent to work in the gold mines of Johannesburg. It can also be linked to the red mine hills of industrialised cities like Johannesburg, which serve as proof of their labour. In Marasela’s work, red is a bold marker of black life during these times, which has been historically misrepresented, omitted, or censored. Marasela uses the historical materials of ishweshwe and ethnic linen[1], as well as the process of photomontage, to produce fictionalised stories of the red dust period. This creates an extended series of images which realise and represent daily black life. 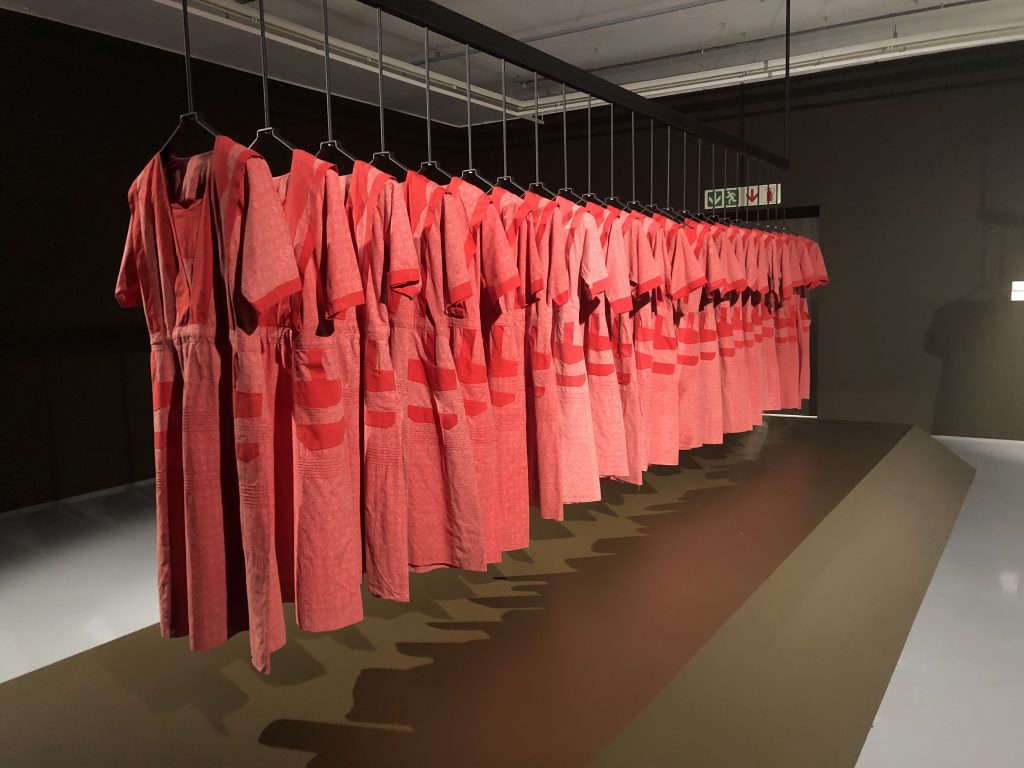 For sixteen years, beginning in 2003, Marasela moved through her mother’s dresses as Theodorah. The first was a yellow dress, which she began to wear exclusively every day, to the point where her performed and actual identities became indistinguishable. Responding to its symbolic weight and the fabric as a document of history, her performance embodies and centralises the micro-histories of women in her family and the experience of many others. Marasela channels the biographies of women like Sarah Baartman and Winnie Madikizela-Mandela, as well as those of fictional and mythological women like Miss Havisham (Charles Dickens’ Great Expectations, 1861) and Penelope (Homer’s Odyssey, c. eighth century BCE), to illustrate the social disregard and abandonment of these women.

By repeating the image of Theodora as a leitmotif, Marasela’s seeming obsession highlights how Theodora’s exhaustion was a ubiquitous experience for many women who awaited their husband’s return. At the same time, the journey is central to Marasela’s portraits, highlighting a will and determination which resists the idea of waiting as a postponement of life, and the erasure or invisibility of women. Theodorah does not wait for justice or liberation. Through her performed hyper visibility, she reclaims the ‘unrecoverable’ years. 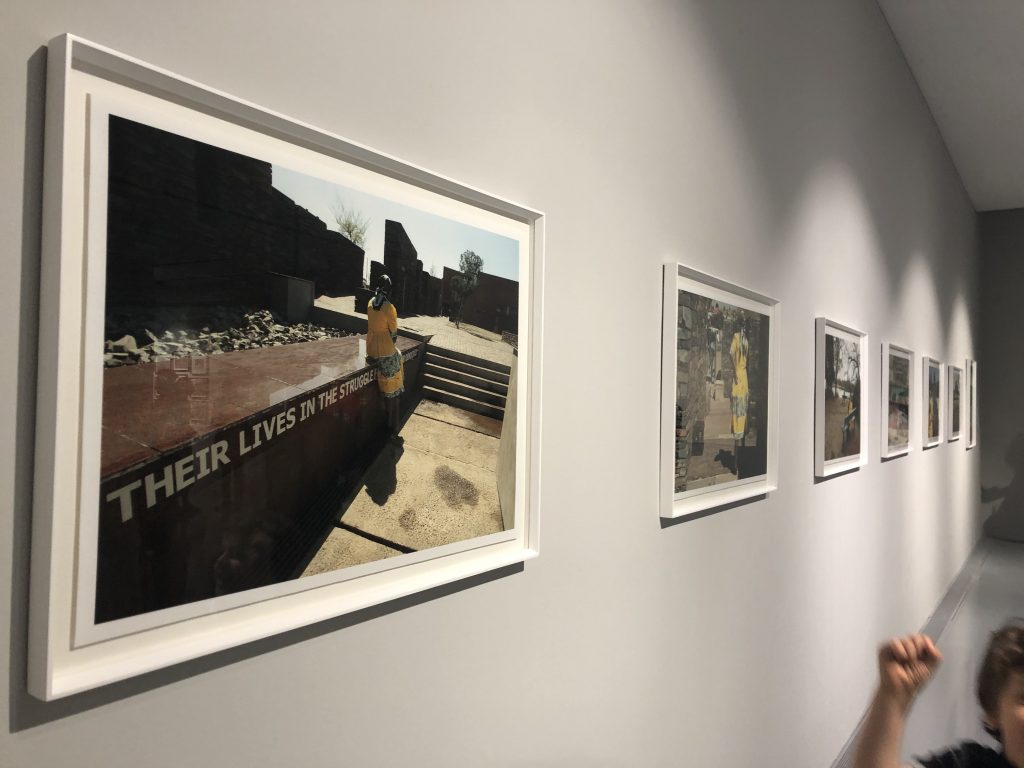 [1] Marasela’s decision to retain the use of the derogatory, racist word is to hold onto links to the cloth’s racialized and cultural history. Given to prisoners in the form of blankets, it was also used in domestic environments for curtaining and is used to make dresses worn in Xhosa cultural rituals. The cloth is also linked to mythological stories of Xhosa Kings.

‘Waiting for Gebane’ will be on view until 2 May 2021. The exhibition will be accompanied by a series of public programmes.