The Geology Of The Cape Peninsula 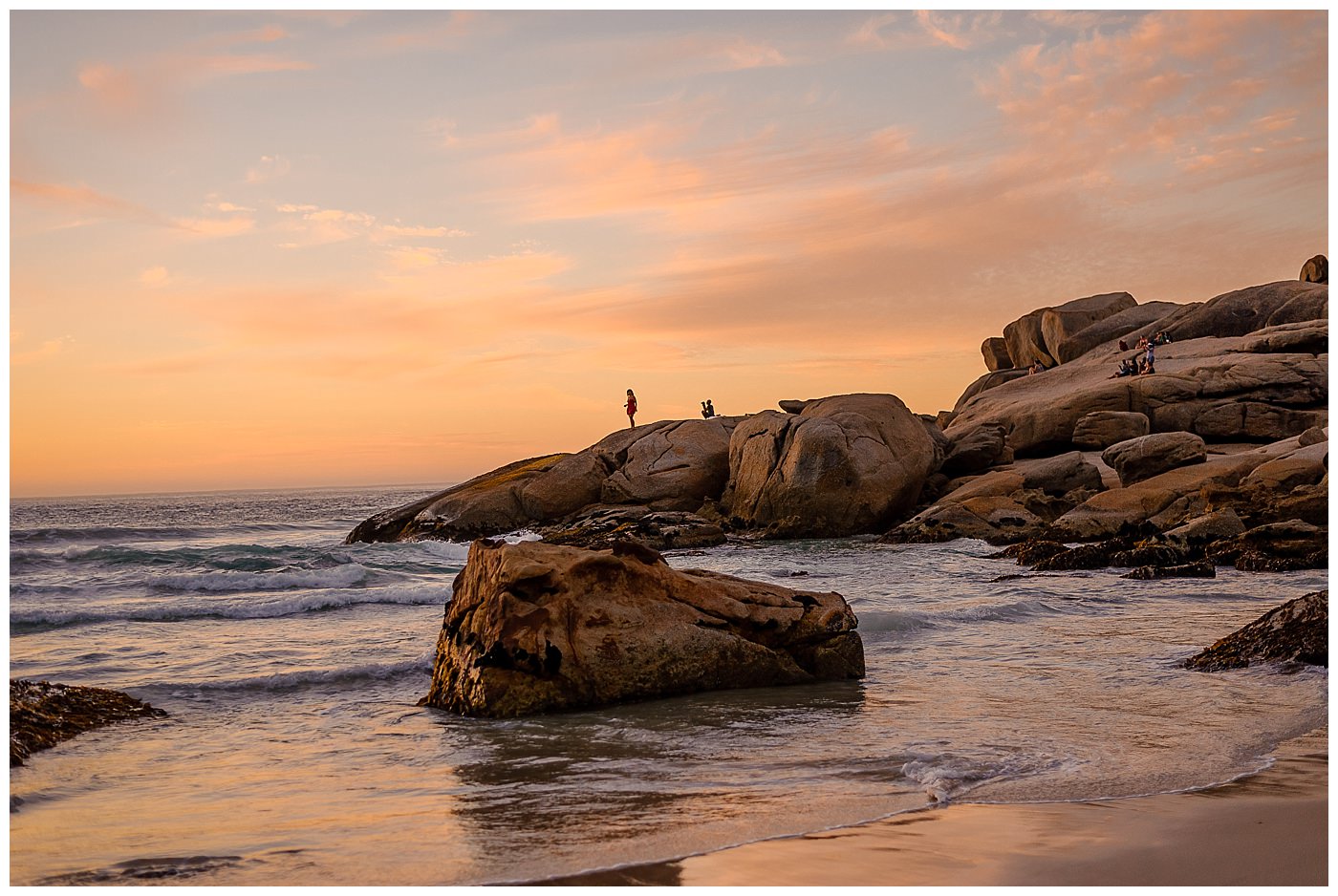 An appreciation of the magnificent sea and mountain views of the “fairest cape” can be enriched by knowledge of its geological foundations. You need not be a geologist to recognise the layers of hard sandstone forming the steeper cliffs, or the crevices and forested ravines etched out by erosion along fractures and faults, or the rounded boulders of the crystalline granite basement exposed by wave erosion along the shoreline. Explanatory plaques have been erected at sites of geological interest in the Cape Peninsula.

The late-Precambrian Malmesbury Group is the oldest rock formation in the area, consisting of alternating layers of dark grey fine-grained greywacke sandstone and shale, seen along the rocky Sea Point and Bloubergstrand shorelines. These sediments were originally deposited 560 Ma (millions of years ago) on an ancient continental slope by submarine slumping and turbidity currents. The sequence was subsequently metamorphosed by heat and pressure and folded tightly so that the rock layers are now almost vertical. Many tall buildings in the Cape Town CBD are founded on these rocks.

The Peninsula Granite is a large batholith that intruded into the Malmesbury Group about 540 Ma as molten rock (magma) and crystallized deep below the surface, but has since been exposed by prolonged uplift and erosion. The characteristic rounded shapes of granite boulders are a result of preferential weathering along intersecting joint fractures and are well displayed around Llandudno Beach and Simons Town (Boulders Beach). The granite is a coarse-grained rock consisting of white blocky feldspar crystals, glassy quartz and flakes of biotite, and inclusions (xenoliths) of dark, baked Malmesbury hornfels.

The contact zone where the Malmesbury Group was intruded by molten granite can be seen at the Sea Point Contact (hot contact zone) and was made famous by Charles Darwin during his voyage of scientific discovery on H.M.S. Beagle in 1836. Here, beds of dark coloured Malmesbury rock, altered by intense heat, are intermingled and folded with the light coloured intrusive granite.

The sedimentary rocks of the Table Mountain Group were deposited on the eroded surface of Malmesbury and granite basement rock. Deposition occurred from about 500 to 440 Ma. Chapman’s Peak Drive was constructed along the contact unconformity between the granite and the overlying Table Mountain Group sequence, providing spectacular views of the coastline and ocean. The road was built by carving into the cliffside of softer sandstones; the road itself rests on top of the harder granite. The rockfall protection measures implemented at Chapman’s Peak Drive were selected on the basis of what is considered to be best international practice and consists of a half tunnel, catch fences, slope stabilisation and canopy structure.

The sand, silt and mud deposits of the Table Mountain Group were lithified by pressure and then folded in the Cape Fold Belt, extending 800 km along the southern coast to Port Elizabeth and 300 km to the north as the Cederberg Mountains.

The basal Graafwater Formation (80-100m in thickness) consists of interlayered pale brown sandstone, laminated pink siltstone and dark maroon coloured mudstone. It is best seen in road cuttings on the slopes of Table Mountain and along Chapmans Peak Drive.

The overlying Peninsula Formation (800-1500 m thick) consists of hard, light grey quartz arenite sandstone and dominates the steep mountain cliffs. The Pakhuis Formation is a lithified glacial outwash deposit and occurs on the highest points of Table Mountain, such as Maclears Beacon. It contains clusters of angular boulders and pebbles.

Lion’s Head features three different types of rock. The top of the head is sandstone of the lower Table Mountain Group. On the lower slopes of Lion’s Head are examples of the Cape Granite Suite. Underlying Lion’s Head peak is the Malmesbury Group siltstone.

Faults cut across and displace the rock layers. These more easily eroded zones are marked by ravines, for instance, cross-cutting faults separate the peaks of the Twelve Apostles. Some fault zones of crushed rock (breccia) are re-cemented by dark brown coloured iron and manganese oxide minerals and the Hout Bay Museum displays samples of the rich manganese ore that was mined there last century.

The present landscape is due to prolonged erosion having carved out deep valleys, removing parts of the once continuous Table Mountain Group sandstone cover from the Cape Flats and leaving high residual mountain ridges.

Almost half of the Cape Peninsula and Cape Flats area is blanketed by a thin veneer of aeolian (formed by the wind) and marine sands. Sea-levels fluctuated between -120 and +25 m from present mean sea level during the Pliocene and subsequent Pleistocene ice-age between 2.6 million and 18,000 years ago as a result of fluctuating global temperature and variable amounts of water accumulated in polar ice caps. At times, the sea covered the Cape Flats and Noordhoek valley and the Cape Peninsula was then a group of islands.

For more information on the geology of Cape Town refer to John S. Compton’s book ‘The Rocks & Mountains of Cape Town’, as well as ‘Geological Adventures in the Fairest Cape: unlocking the Secrets of its Scenery’ by John Rogers.