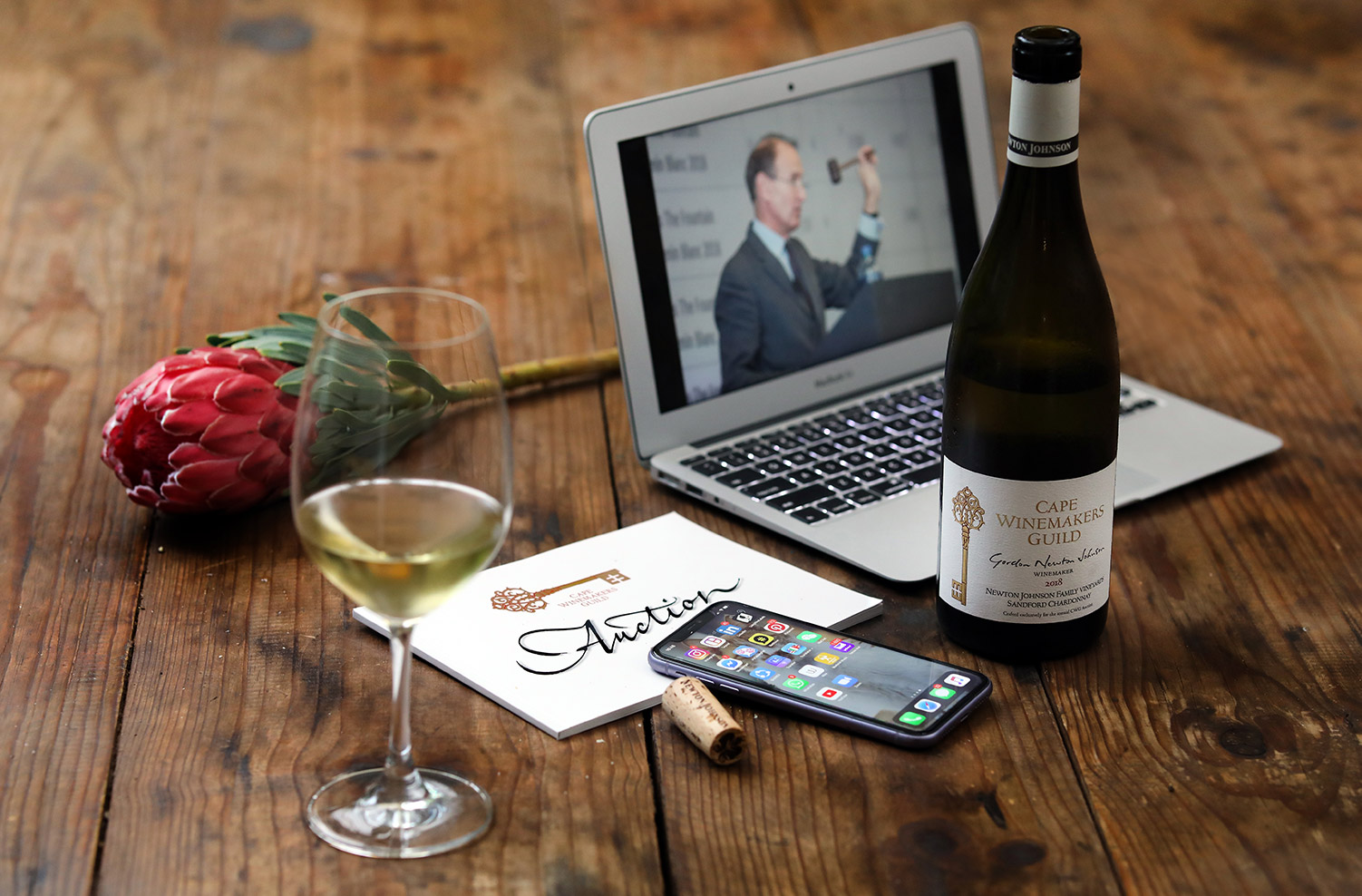 Established in 1982, the Cape Winemakers Guild is a collective of some of South Africa’s greatest winemakers.

These 42 winemakers have been recognised as excelling at their craft by their peers within the Guild. Membership of the Guild is by invitation only and is extended to winemakers who have been responsible for the production of outstanding wines for a minimum of five years and who show promise of not only consistently exceeding industry standards but also promoting the values of the Guild. The members are eligible to submit wines exclusively for the annual Nedbank Cape Winemakers Guild Auction.

There will be two separate and distinct auctions in 2020 and both will be hosted by international auction house Bonhams.

The CWG Vinotheque Auction hosted by Bonhams will feature small collections of past CWG Auction wines perfectly stored in the Guild members’ private cellars. All funds raised will be placed in a trust to help winemakers keep their businesses afloat in the aftermath of Covid-19 in order to continue employing those who depend on an income from the wine industry. Bidders will be able to place their bids on the Bonham’s website over a two-week period from Friday, 18 September 2020 until 16:00 (London time) on Saturday, 3 October 2020.

The 2020 Nedbank CWG Auction hosted by Bonhams will be held live and online on Saturday, 3 October 2020 from 12:00 (London time). Wines on offer will be the current year Auction wines and wine lovers will be able to bid as the auction progresses, either by watching and bidding live and online via the Bonhams website or by telephone; or by placing proxy or commission bids with Bonhams in advance.

“We live in unprecedented times and as leaders of the industry, the Guild has taken a pragmatic yet positive approach to the challenges we are faced with, ensuring that we can continue to support our communities, our customers, and our members.” says Andrea Mullineux, CWG Chair.

Registrations for both Auctions will open on the Bonham’s website (www.bonhams.com) from Friday, 14 August 2020.

“Bonhams is delighted to be supporting not only the Nedbank CWG Auction – for the second year running – but also the special CWG Vinotheque Auction to raise funds for vineyards, and the people who work there, hit by the economic effect of Covid-19.” says Global Director of Fine Wine, Master of Wine Richard Harvey.

Following President Cyril Ramaphosa’s decision to declare a National State of Disaster, all indicators show that the regulations which prohibit all social gatherings will continue to remain in force for some time to come. As the health of those around us is our number one priority, the CWG has cancelled all local public events for the remainder of 2020. The Guild looks forward to hosting its public events again in 2021.