FROM REFRESH TO FRESH 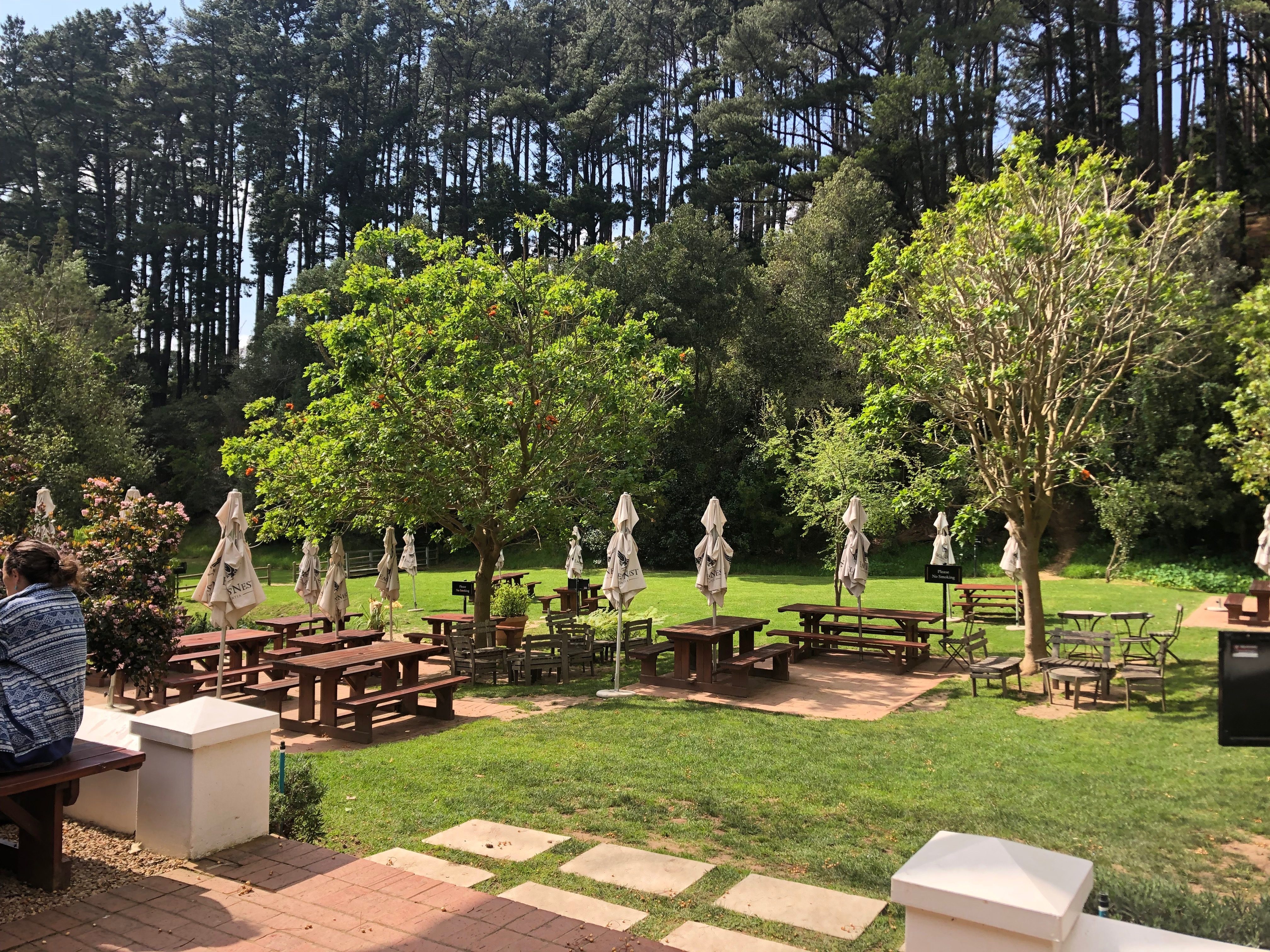 Eagles’ Nest boutique wine estate, mid road between Constantia and Hout Bay, has stood its ground for centuries yet evolved into an award-winning winery only in recent years.

In the early days, when the trip from Cape Town to Hout Bay lasted a week, the farm was growing fruit and vegetables for the travellers and were known as a stopping point to re-stock and for the rest to sell and export to far markets. 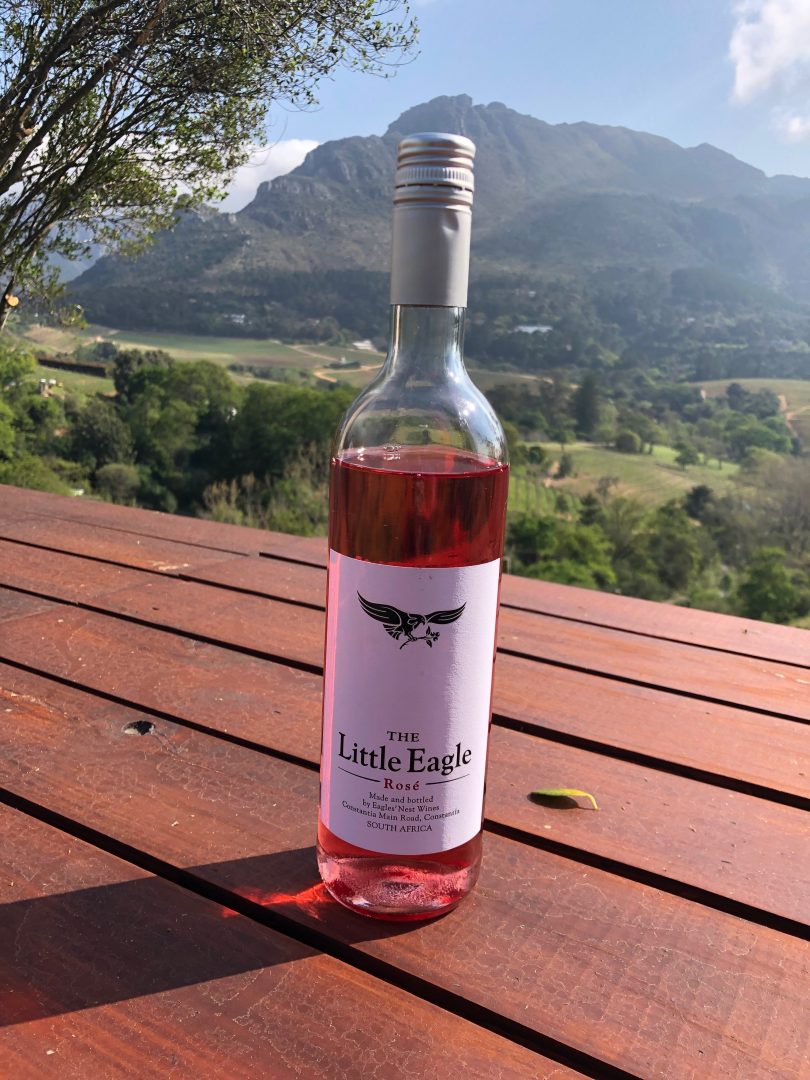 Located high on the slopes of the Table Mountain National Park, atop the Constantia wine valley end, Eagles’ Nest has tailored agriculture and nature in a delicate balance.

After the farm succumbed to a devastating fire in the year 2000, new action was implemented and new life was introduced. While the working farm was transformed from orchards to vines, a great deal and consideration was given to its geographical location and a deeper kind of responsibility to the environment was placed.

Bordering with the Cape Floral Kingdom, of which big chunks were also destroyed in the fire, along with natural forest, Eagles’ Nest took upon themselves to prioritise the re-establishment of natural fynbos on the estate. On the mountain, 25 000 Silver Tree seeds were planted as well as thousands of Proteas, ferns and other fynbos indigenous to the area. Eagles’ Nest now proudly houses one of the largest Silver Tree plantations in South Africa. 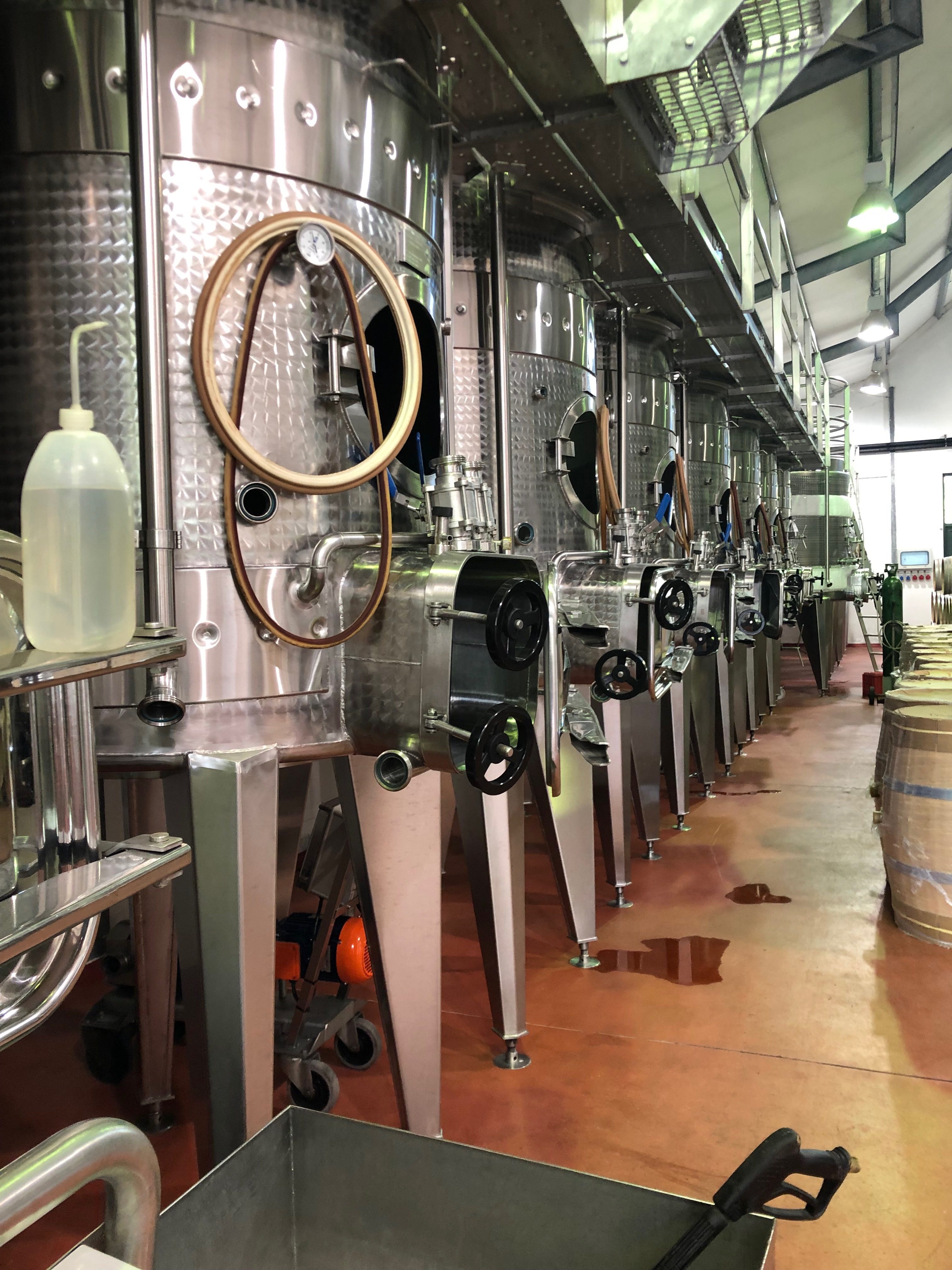 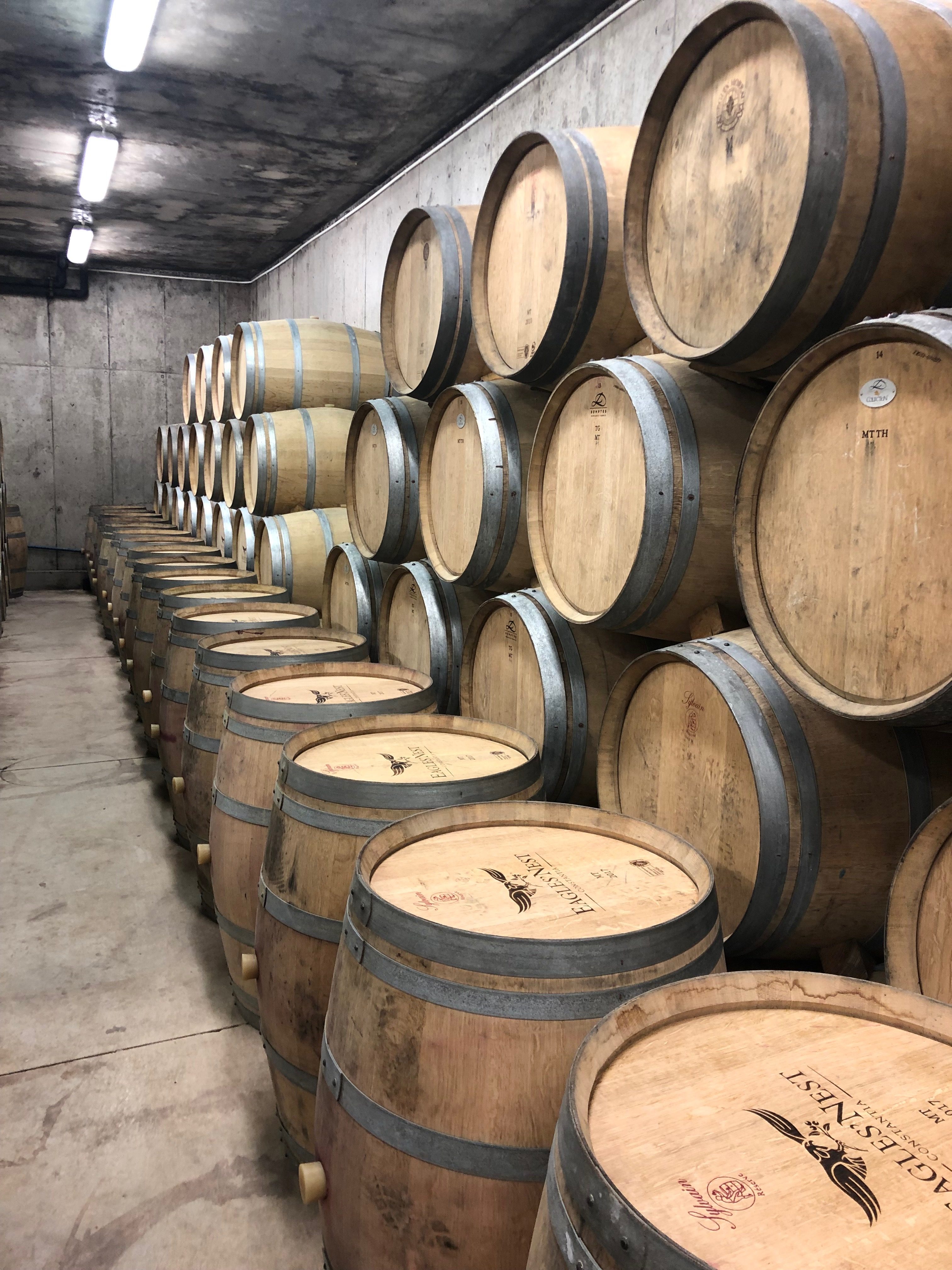 They also stand up to their name by being a firm supporter of the Western Cape Raptor Research Program.

The Little Eagle range of wines is proudly associated with the Western Cape Raptor research program, whose activities include the conservation of the last breeding pair of Black Eagles’ located in the Table Mountain National Park. A percentage of the proceeds from the sale of these wines goes towards this cause.

Other than monitoring the nest during breeding season, the program performs important conservation activities such as tagging nestlings in order to understand their distribution after they leave the nest.  A viewing platform has also been established, which allows birdwatchers to view the nest from a suitable distance, without disturbing the eagles’ activities. This assists in promoting public awareness of eagle conservation, whilst hopefully redirecting misguided people from approaching the nest site inappropriately and disturbing the eagles’ activities. 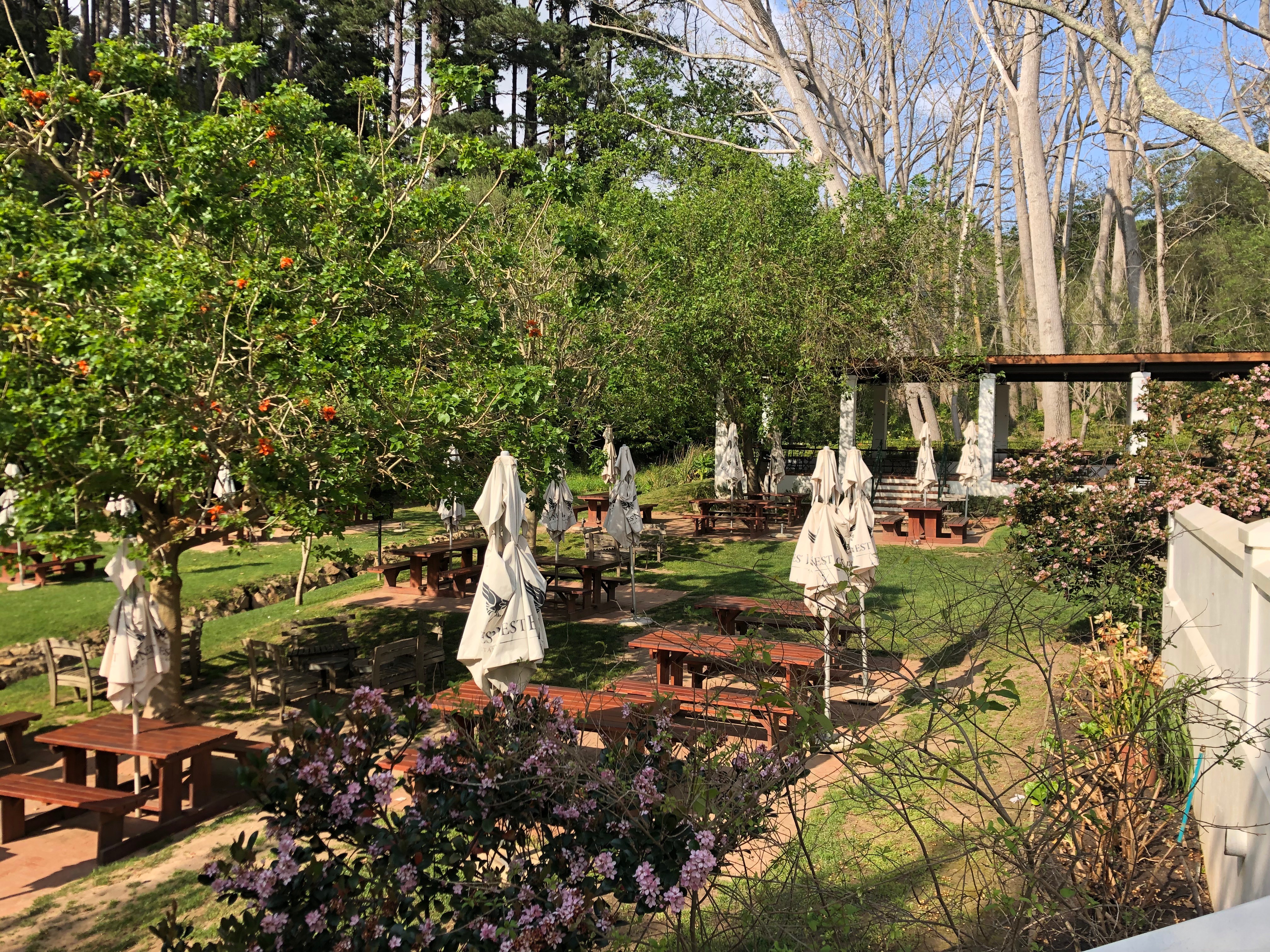 The vines were planted with a boutique approach to start with and this chosen path proved itself with their 2006 Shiraz, released in 2007, named the best in the world! They keep maintaining this level of excellence and their wines are served in the best restaurants in South Africa, including the limited wine list of The Test Kitchen, ranked number 22 on a list of the 50 best restaurants in the world.

Since it is the only north facing estate in the Constantia Wine Valley, they actually planted the vines backwards, creating distinct flavours in between this small, 9 estates wine route.

The red wines are laid to fermentation exclusively in French oak barrels with the wine maker actually limiting himself to experiment only between different French producers. 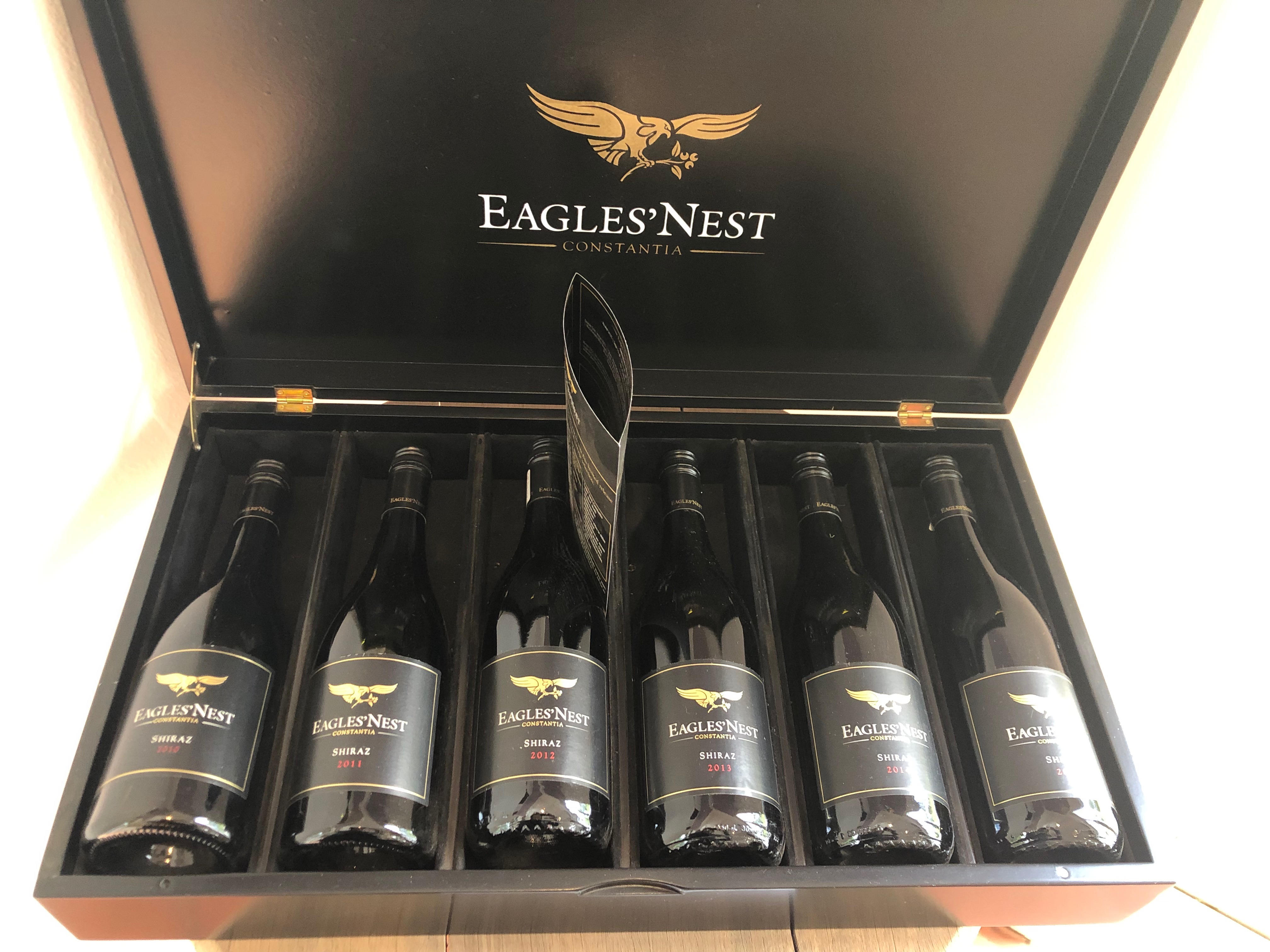 Another advantage for the scale of this estate lies in the wine tasting experience offered to visitors. You get to taste the full portfolio, all wines of excellence, no one excluded. It is a truly indulging experience to be taken either as a one spot driving destination or as a hop off point on the City Sightseeing Peninsula tour – having the advantage of not driving thereafter.

The estate is open 7 days a week, 10:00- 16:30 and is child and pet friendly. The tasting room serves two warm soups during winter, 4 platter varieties and a few extras to nibble on. The room spills onto a beautiful picnic ground with shaded tables and a rolling lawn for leisurely summer days.

An elevated section of the public space is an additional open bar for those who would like to slowly indulge the wine and not much else, or for small corporate functions. 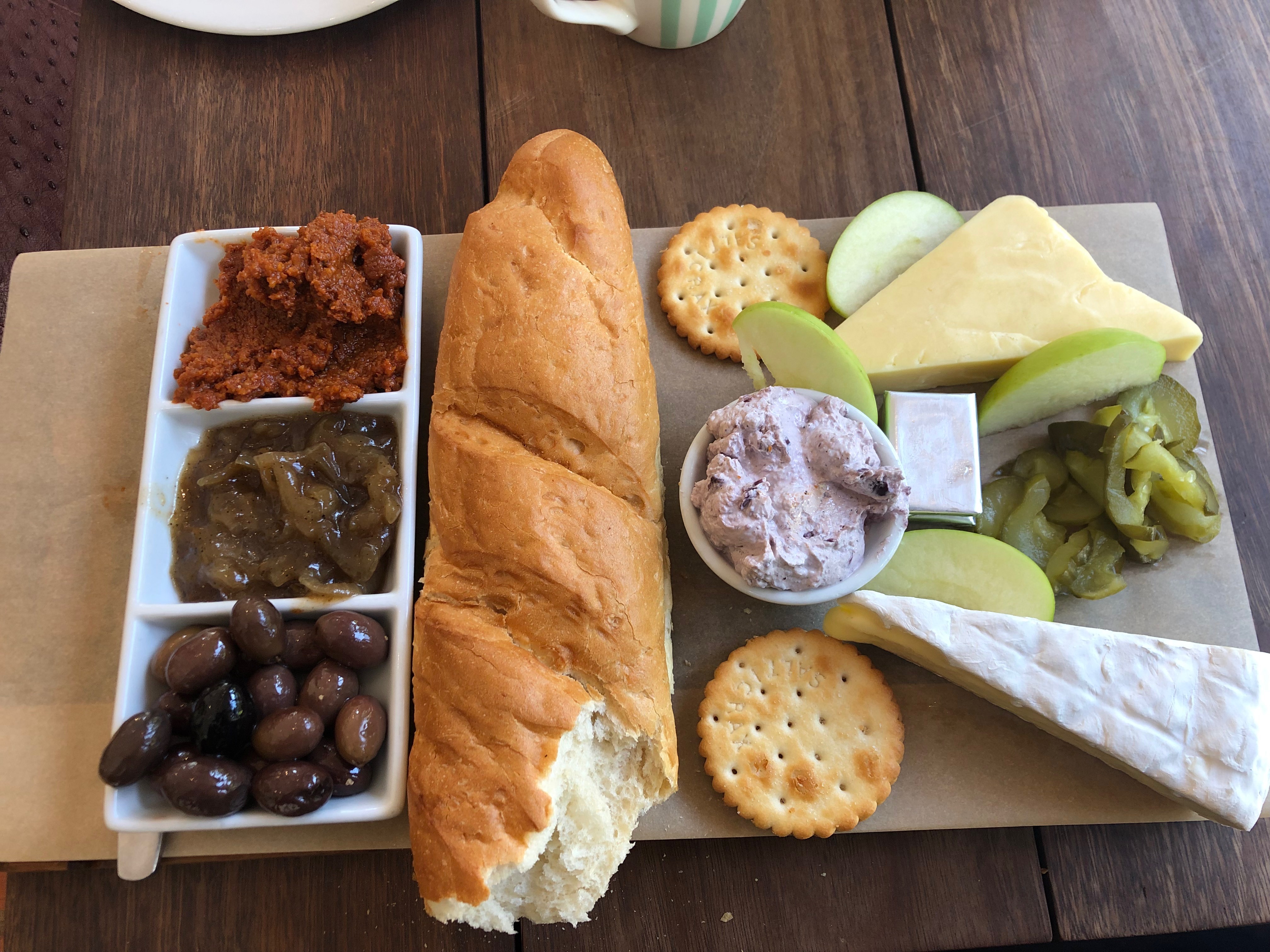 A decadent experience comes in the form of the VIP tasting: up on the slopes, among the vines, two long tables are situated to host up to 24 guests for a private tasting. The exceptional wines have a view to equal with the entire Constantia Valley, Cape Flats and on clear days one can view a full panorama from Gansbaai through the Stellenberg Mountains all the way to De Grendel in the Durbanville Valley.

THE WAY IT SOUNDS