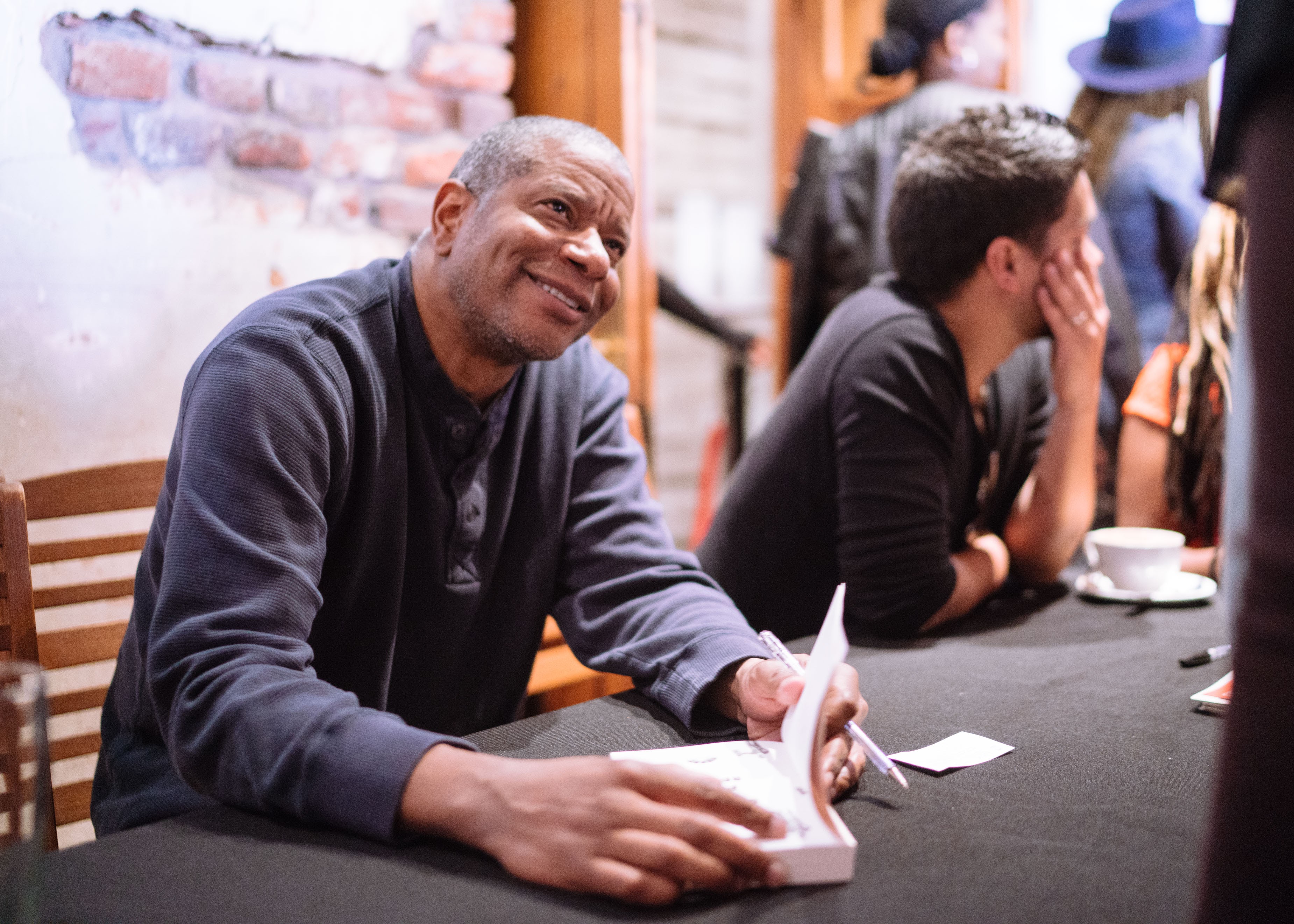 Now in its eighth year, the Open Book Festival has established itself as one of South Africa’s most innovative and leading book festivals. It is committed to creating a platform to celebrate South African writers, as well as hosting top international authors. The festival strives to instill an interest in, and love of, reading among young attendees, while the programme of more than one hundred events over five days is designed to resonate with the festival goers long after the event. Elements of the festival programme include talks by international authors and South African writers; poetry; a comics marketplace; panel discussions; book launches; outreach reading initiatives; youth programmes and writer sports. The festival has been recognised internationally, having been shortlisted twice for the London Book Fair Excellence Awards in the category of Literary Festivals.

The first international group of authors has been announced for the eighth Open Book Festival taking place from 5 to 9 September this year.

Brought to you by the Book Lounge and the Fugard Theatre, Open Book Festival offers a world-class selection of book launches, panel discussions, workshops, masterclasses, readings, performances, and more. The festival also hosts the popular Comics Fest, #cocreatePoetica and various children’s and outreach programmes. Venues for the event include the Fugard Theatre, District Six Homecoming Centre, the A4 Arts Foundation, and The Book Lounge in Cape Town, and are all within walking distance of one another. Selected events will also take place outside the city centre, such as at Elsies River Library and Molo Mhlaba School.

The international authors include:

Books include: What it Means when a Man Falls from the Sky

Why we’re excited: Lesley has been a finalist for the Caine Prize and a winner of the African Commonwealth Short Story Prize among other honors. She was selected for the National Book Foundation’s 5 Under 35 and her debut collection What it Means when a Man Falls from the Sky won the 2017 Kirkus Prize.

Why we’re excited: Jonas Bonnier is a novelist, screenwriter and journalist. His latest book,The Helicopter Heist is a gripping suspense thriller about the Västberga helicopter robbery. It has been sold to 34 territories.

Author: David Chariandy (Canada) joining us courtesy of Canada Council of the Arts

Books include: It’s Only Blood

Why we’re excited: Anna Dahlqvist is a leading voice writing about women’s and girls’ rights. She is editor-in-chief of Ottar, a Swedish magazine focusing on sexuality, politics, society and culture.

Author: Nicole Dennis-Benn (Jamaica/USA) with thanks to the University of Stellenbosch for assisting with her joining us

Books include: Here Comes the Sun

Why we’re excited: Her debut novel, Here Comes The Sun, received a New York Times Notable Book of the Year, a NPR Best Books of 2016, an Amazon, Barnes & Noble, Entertainment Weekly, and Kirkus Reviews Best Book of 2016, a BuzzFeed Best Literary Debuts of 2016, among others.

Author: Guy Deslisle (Canada) joining us courtesy of Canada Council of the Arts

Books include: Hostage,Pyongyang: A Journey in North Korea, Shenzhen: A Travelogue from China, Burma Chronicles, Jerusalem: Chronicles from the Holy City

Why we’re excited: Guy Deslisle is a cartoonist and animator, who is acclaimed for his graphic novels about his travels. His most recent book, Hostage, was longlisted for Brooklyn Public Library’s 2017 literary prize.

Books include: Lives of Great Men

Why we’re excited: Frankie Edozien is the co-founder and editor-in-chief of AFRrican Magazine.Lives of Great Men was shortlisted for a Lambda Literary Award. The Financial Times called the book ‘a fine contribution to the important work of pursuing equality and social justice on a global scale’

Author: Mariana Enriquez (Argentina) joining us courtesy of the Embassy of Argentina

Books include: Things We Lost in the Fire

Why we’re excited: Stories by Mariana Enriquez have appeared in anthologies of Spain, Mexico, Chile, Bolivia and Germany. The New York Times Book Review called Things We Lost in the Fire, ‘[P]ropulsive and mesmerizing, laced with vivid descriptions of the grotesque…and the darkest humor’

Books include: Happiness,The Hired Man, The Memory of Love

Why we’re excited: Aminatta Forna’s award-winning work has been translated into eighteen languages. Her essays have appeared in Freeman’s, Granta, The Guardian, LitHub, The Nation, The New York Review of Books, The Observer and Vogue. She has written stories for BBC radio and written and presented television documentaries.

“By setting his novel in the ’90s, Smyer, has crafted some brutal deja vu. As Marcus reflects on Rodney King, the Million Man March and the Oklahoma City bombing, we think of Freddie Gray, Black Lives Matter and school shootings that have become a way of life… Here we are more than 20 years on, and it’s only gotten worse. We should all be furious.” San Francisco Chronicle

Author: Mariko Tamaki (Canada) joining us courtesy of the Canada Council of the Arts

Why we’re excited: Mariko Tamaki is an acclaimed graphic novelist and author. In 2016 she began writing for both Marvel and DC Comics. 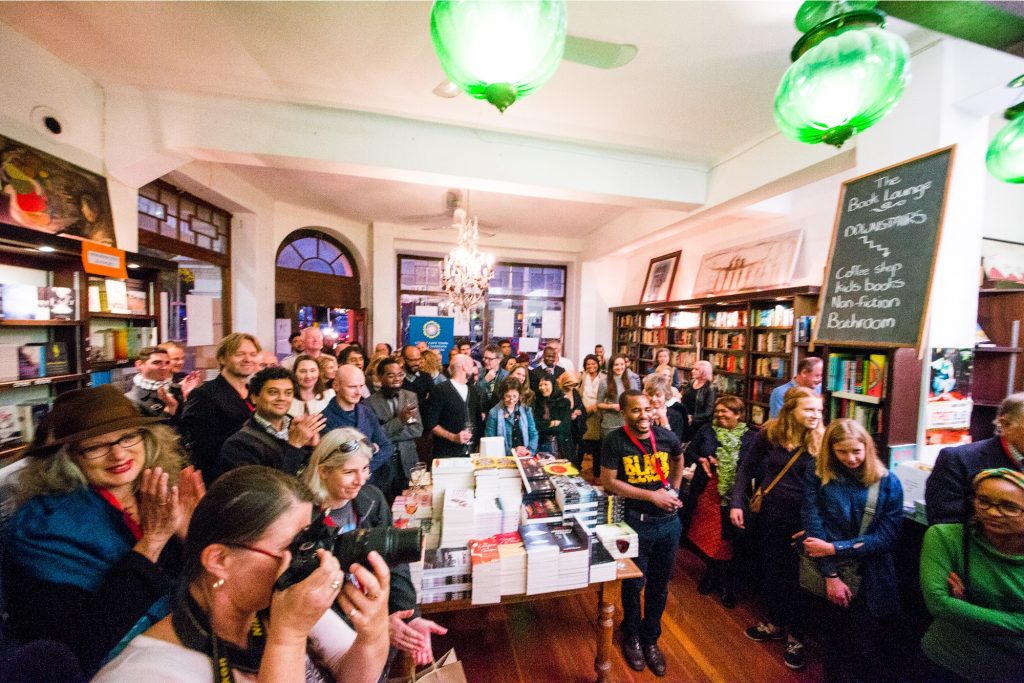 in celebrating the wealth of South African talent they will have a selection of the most insightful minds and compelling storytellers joining.

“We are looking forward to The Last Sentence, a psychological thriller and the debut novel from Tumelo Buthelezi and also to welcoming Ijangolet S Ogwang, whose novel An Image in a Mirror, is a richly told African coming-of-age story.” Shares festival director,  Mervyn Sloman.

Clinton Chauke’s Born in Chains: The Diary of an Angry ‘Born Free’ is a story of hope, where, even in a sea of poverty, there are those that refuse to give up and, ultimately, succeed. Journalist Rebecca Davis, author of Best White and Other Anxious Delusions will talk about her new memoir and journey on a spiritual quest.

Sorry, Not Sorry author Haji Dawjee joins us to discuss this revealing experience of moving through post-Apartheid South Africa as a woman of colour. “We are delighted to welcome back Judith February of the Institute for Security Studies, and author Pumla Gqola, whose book Reflecting Rogue was the best selling title at last year’s Festival,” says Sloman.

Nozizwe Jele has recently released her new novel, The Ones With Purpose. Happiness is a Four-Letter Word was Jele’s debut novel and won the Best First Book category (Africa region) in the Commonwealth Writers’ Prize 2011, as well as the2011M-Net Literary Award in the Film category. Playwright and theatre director Craig Higginson whose novels include The Dream House also joins the line-up to talk about his new novel, The White Room.

Siya Khumalo’s debut memoir, You Have to be Gay to Know God, is a powerful book dealing with gay identity. In Becoming Him, Landa Mabenge explores his own journey that includes being the first transgender man in South Africa to successfully force a medical aid to pay for his surgeries.

The Blessed Girl by Angela Makholwa sees an unraveling of the life that ambitious, social climber Bontle Tau was aiming for. Makholwa’s previous books include Widow’s Society, 30th Candle and Red Ink. The Gold Diggers is the latest novel by Sue Nyathi (The Polygamist).It is a simultaneously heart-breaking and heart-warming chronicle of immigrant experiences.

Singer-songwriter and author Mohale Mashigo (The Yearning) returns to talk about her new collection, Intruders while in Soweto, Under the Apricot Tree, another festival regular Niq Mhlongo brings the complexities of Soweto to life on the page.

Zuki Wanner’s books include Men of the South which was shortlisted for the Commonwealth Prize Africa Region for Best Book; London – Cape Town – Joburg and children’s book Refilwe. Her recent Hardly Working: A Travel Memoir of Sorts explores the politics of nations, and the ‘burden’ of travelling on an African passport.
SAPS Major General Jeremy Vearey also joins us to talk about Jeremy Vannie Elsies which chronicles his journey of growing up in Elsies River, from rough-and-tumble youngster to the head of the anti-gang unit in the Western Cape. Along the way he mastered the Communist Manifesto in Afrikaans, joined MK, and was sent to Robben Island for his role in the struggle.

ARE YOU AN OYSTER CATCHER?