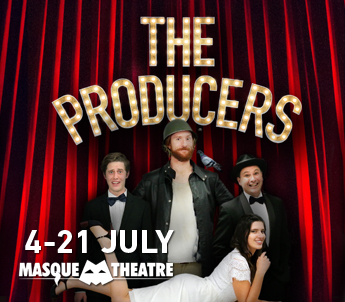 Based on the 1968 film, is a hilarious musical comedy that has taken Broadway and the West End by storm, winning a record-breaking 12 Tony Awards and 3 Olivier Awards is on stage at the Masque Theatre from the 4th until the 21st July.

Based on the 1968 film, Mel Brooks’s musical The Producers is a laugh-out-loud, outrageous, crowd-pleasing farce that has been a smash hit since its 2001 debut.

On the background of the post-war 50’s, fading Broadway producer Max Bialystock is desperate to get to the top of his profession again, and he finds an unlikely ally in mousy accountant Leo Bloom, who hypothesizes that one could make far more money with a flop of a show than with a hit and set out to produce the worst musical ever to hit Broadway.

Too bad that, against all odds, the show is a total hit….