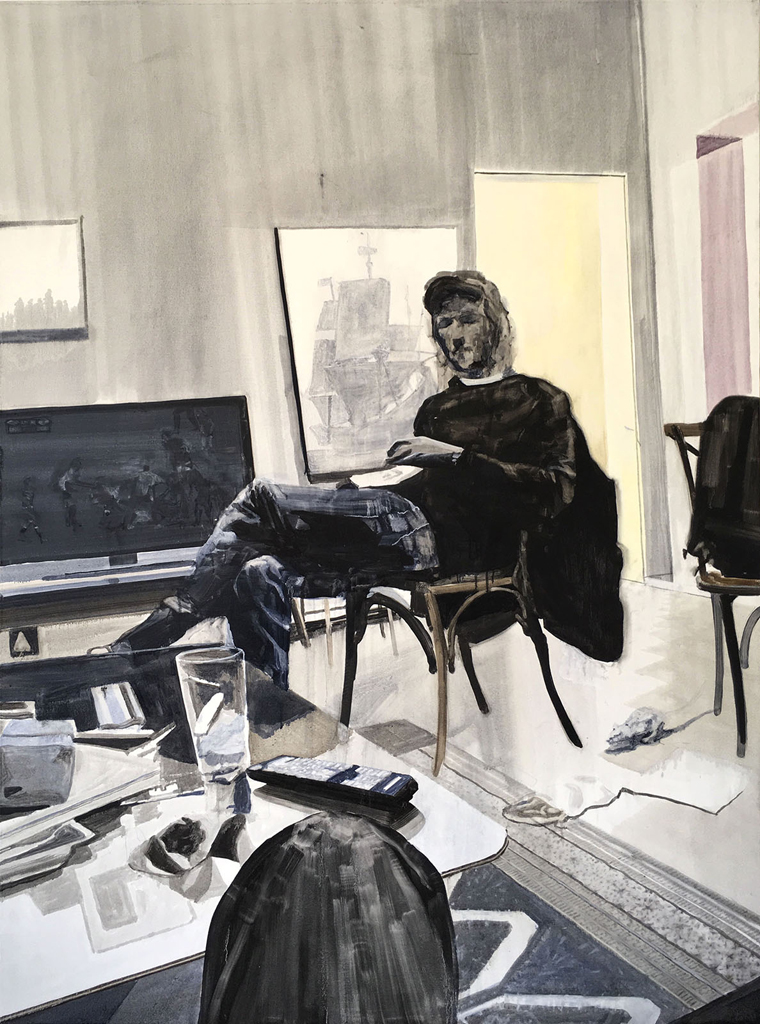 “It is the task of the translator to release in their own language that pure language that is under the spell of another, to liberate the language imprisoned in a work in their re-creation of that work.” – Walter Benjamin

Spell of Another continues Nel’s exploration of painting as a means of articulating concerns with his relationship to space. Each painting in this show began with a charged encounter between himself and a real, imagined, remembered, but mostly photographed place. These places, through their structures, carried visual or emotive attributes in which a number of Nel’s artistic concerns were symbolised.

The title of the show, taken from the passage by Walter Benjamin quoted above, refers to Nel’s process of making these concerns visible. He positions his paintings as an act of translation due to the central role which the photographic image plays in their creation. The moments which the paintings capture are ultimately mundane, but are cast in an uneasy, dreamlike light through the register of monochromatic washes. “For me,” he comments, “painting is an act of freeing or focusing on certain things which are locked up in the images I work from.” 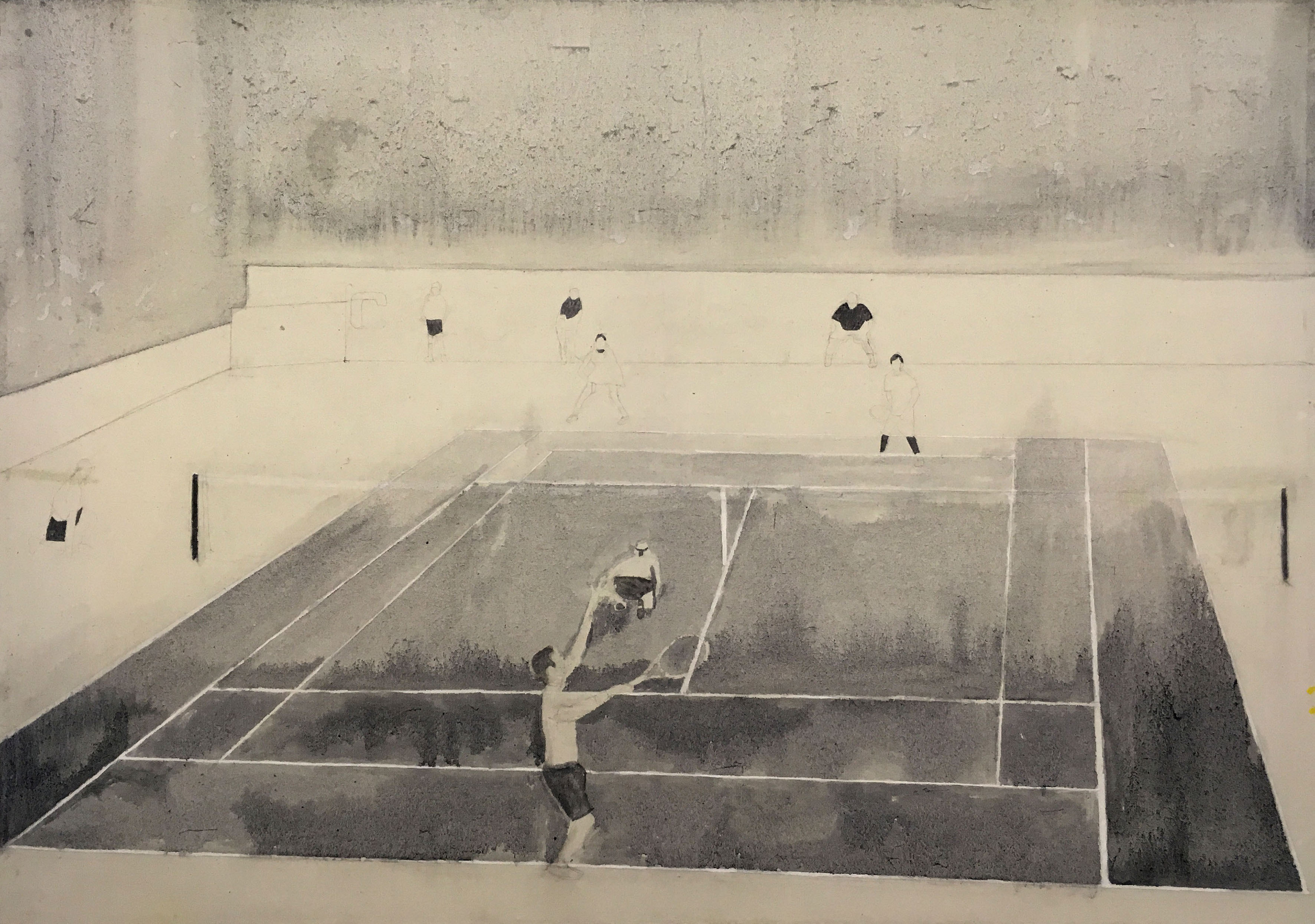 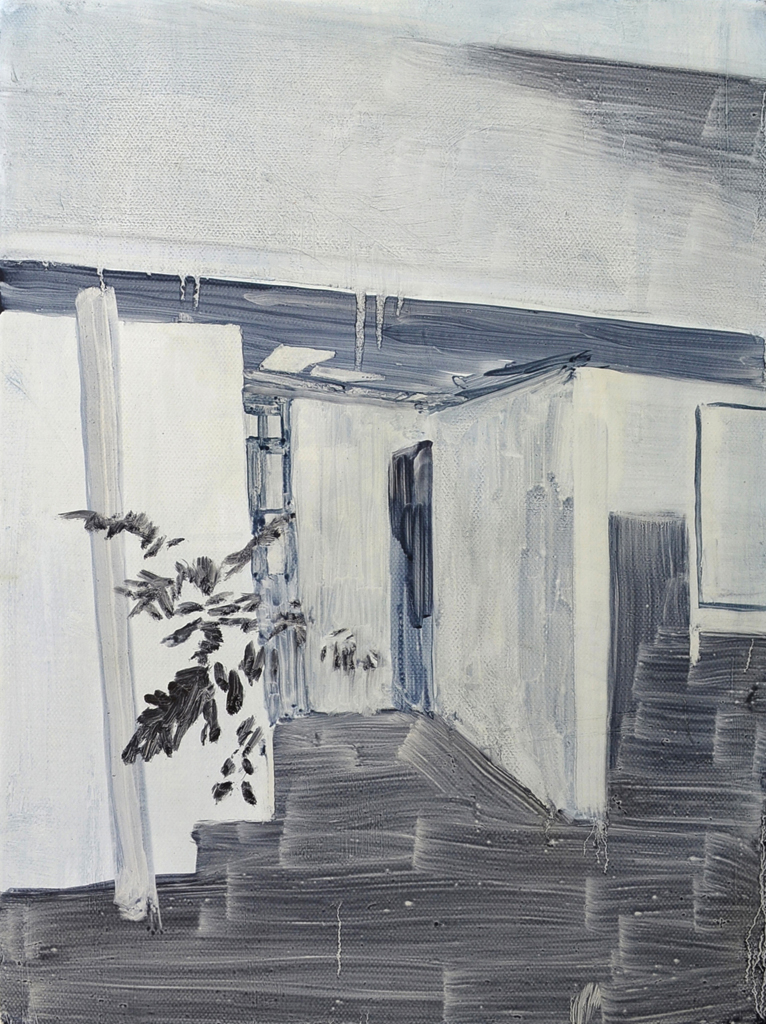 Nel grew up in Durban and now lives in Cape Town. He studied painting at Rhodes and graduated in 2013.